Overview: This is my third Glowforge. Awhile back, it stopped cutting through material very well. I mitigated this by doing multiple passes, or changing the settings. Eventually it became enough of a hassle, and I had already exchanged two other machines, I just put her to bed for a year or so. Came back to it recently to see if I could get a project going. It seems to be getting worse as I use it. 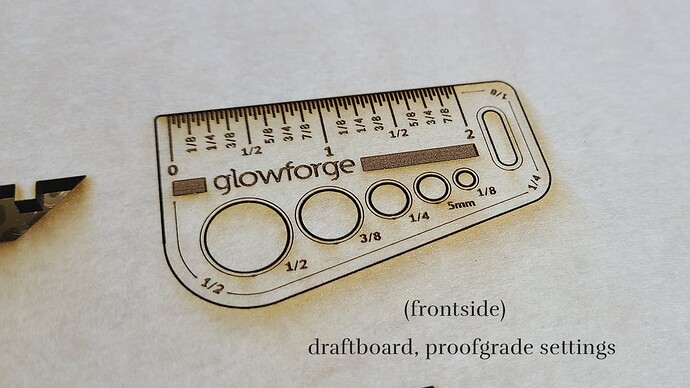 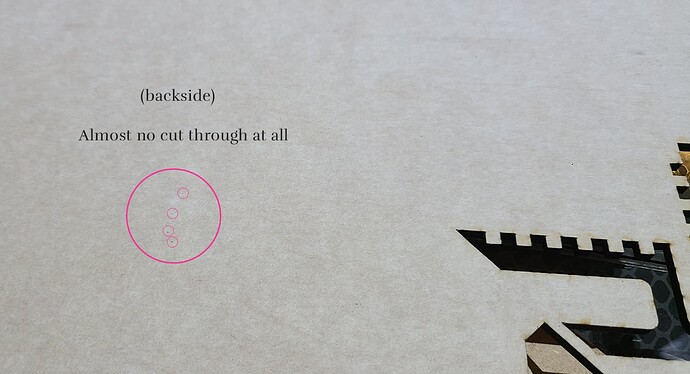 Secondarily, there are other issues that may or may not be related to this or to each-other, such as: 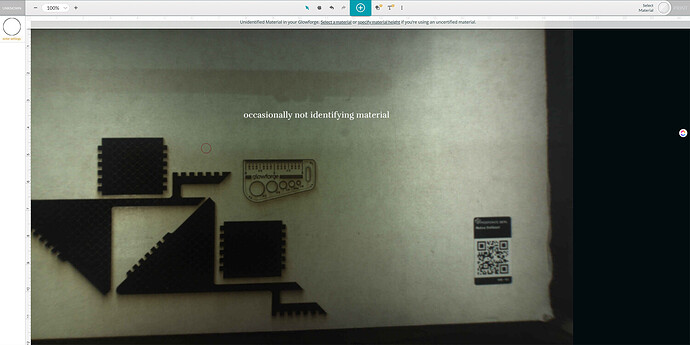 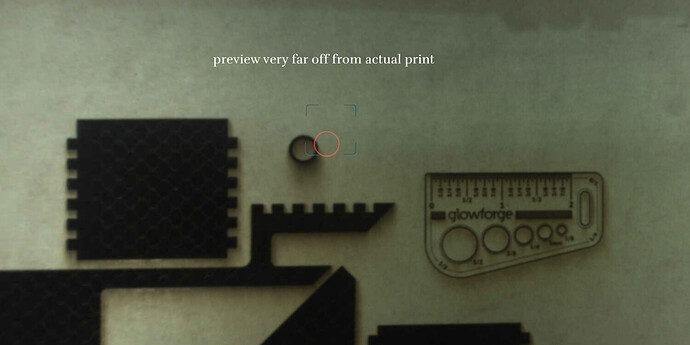 What I have tried to fix it:

In my most recent attempt to clean the lenses and mirrors again, I tried really hard to photograph the lens to look for scratches. I did notice some, but the word “scratches” really feels heavy-handed - they are barely visible to the naked-eye. I used photoshop to pop the contrast and color in this photo to try and make them more visible: 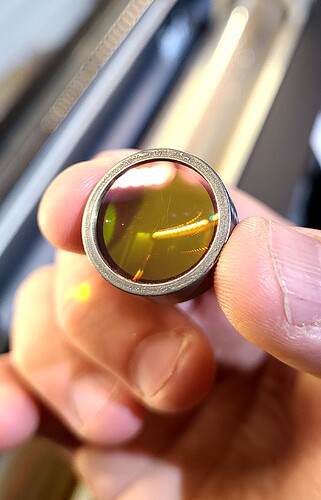 All other mirror/lens surfaces seem pristine to my eye.

I can no longer “fake” the cuts by doing multiple passes or higher power, because it seems to have gotten worse, and now cutting requires enough power/passes that I end up scorching and burning away an excessive amount of material, effectively doubling my kerf at the surface of the cut, and in thicker materials, creating a wider burn-away cone at the flip-side of the kerf.

Cleaned all lenses, camera and mirrors as recommended in troubleshooting and in the forums, only ever with recommended Zeiss lens wipes

I address this in my post. I only ever use Zeiss Lens Wipes, as recommended by GF

What does the mirror look like (take off the top of the head to access that)?
As well as the mirror on the left side of the machine!
But I had similar scorching/focus issue once and realized I put my lens back into the head upside down!!

For alignment, did you run the calibration routine? Or make sure your head is completely back left on the gantry–if it got bumped even a little bit, that can result in alignment/position errors.

And do you ever use small magnets? Make sure none has stuck against the head! I had all sorts of cutting issues until I realized one of my thin flat magnets had slid along the gantry and stuck to the back of the head (I used to set them on the black coated AL gantry–but not any more after that incident!)

have you removed the carriage plate and done a detailed clean in general? Not saying this is a problem but just throwing it out there. Also, do you have a screenshot of your app or any files other than the gift that you are tying to print?

I have not removed the belt/carriage plate yet, I will try that - great thought, and thanks! I don’t have screenshots taken of other prints, though in my next tests I will take some. They are always about as far off as the Screenshot above, though.

When I checked the head mirror, it had some “heat spots” I guess I would call them, slight discoloration. But that went away with a careful wipe, and the mirror looks great, though I’ll go back and take pictures of all of the lenses and mirrors to be sure soon, when I get access to the machine again.

I’ve heard of the lens going in upside down, but I always use the tool GF provided, with it’s “INSTALL” side, it only docks to the lens one way, in the correct orientation, I would assume.

I have not tried the calibration routine, great tip, I will do that next!

I have also had magnet issues in the past, and use exclusively large wafer magnets which are less likely to jump up, now, and get lost. Especially in the last half dozen prints or so, I’ve been super careful with these, but good thought.