Cuts Not Close to the SVG Dimensions

I figured I’d post this along with sending in a support ticket since I’m actually trying to get something done on a time crunch and the community tends to have good ideas!

The short version is that the Glowforge is cutting out different dimensioned shapes than the input svg file. I have cut out the same shape in different orientations, and across the x-axis of the machine, and am getting pretty large difference in the final dimensions. I’ve done the “Perfect Squares” troubleshooting steps with no better results (and I know the square I’m using IS actually square).

I’ve attached a couple images of the final products, and the svg files that were brought in, in case that will help out. Also, this unit is a used one that was sent out from a warranty repair that has noticeable use to it, so I’m hoping its not that I got ANOTHER lemon. Thanks in advance for any help! 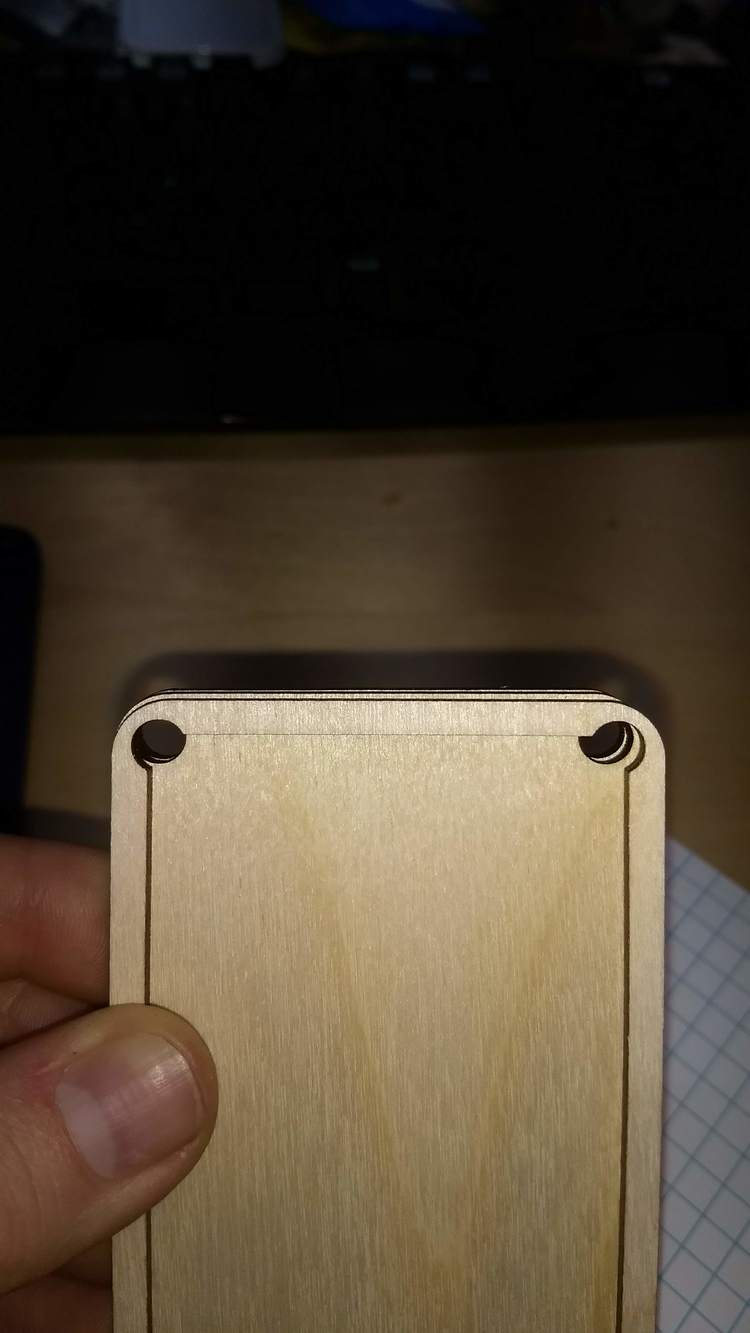 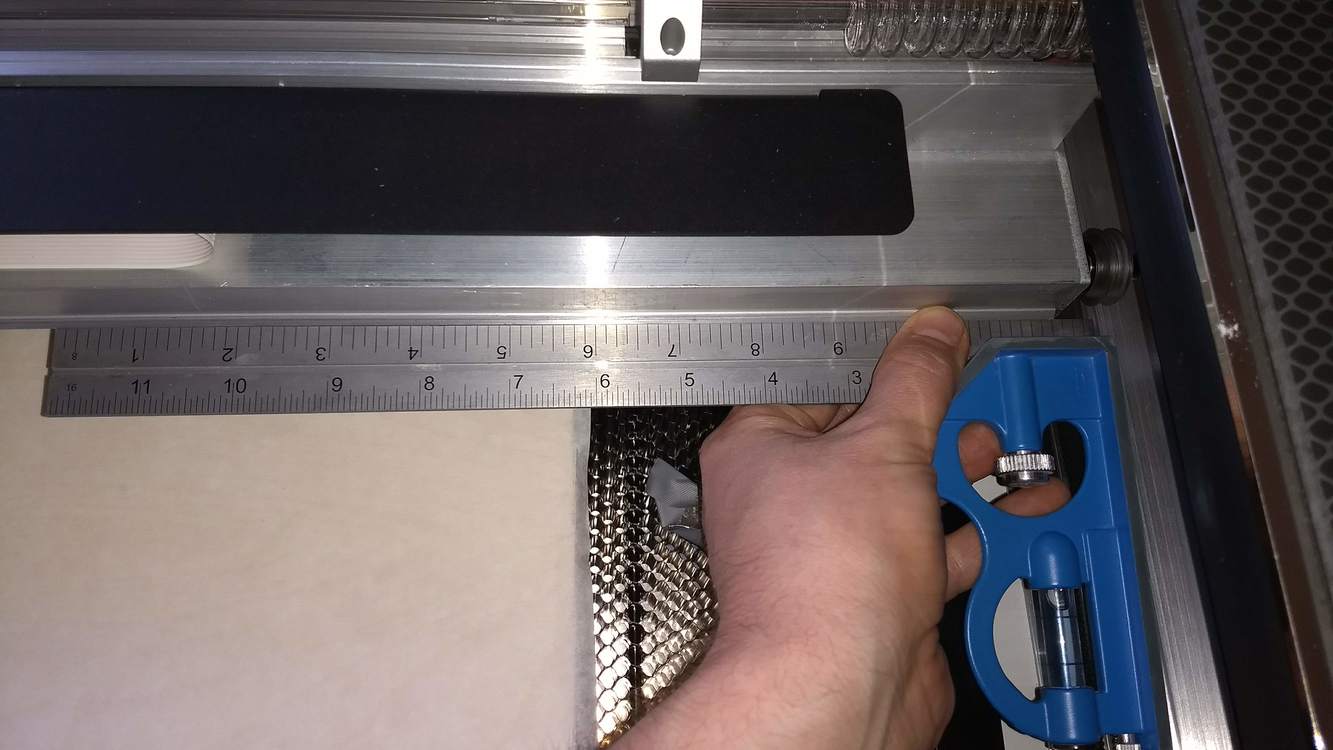 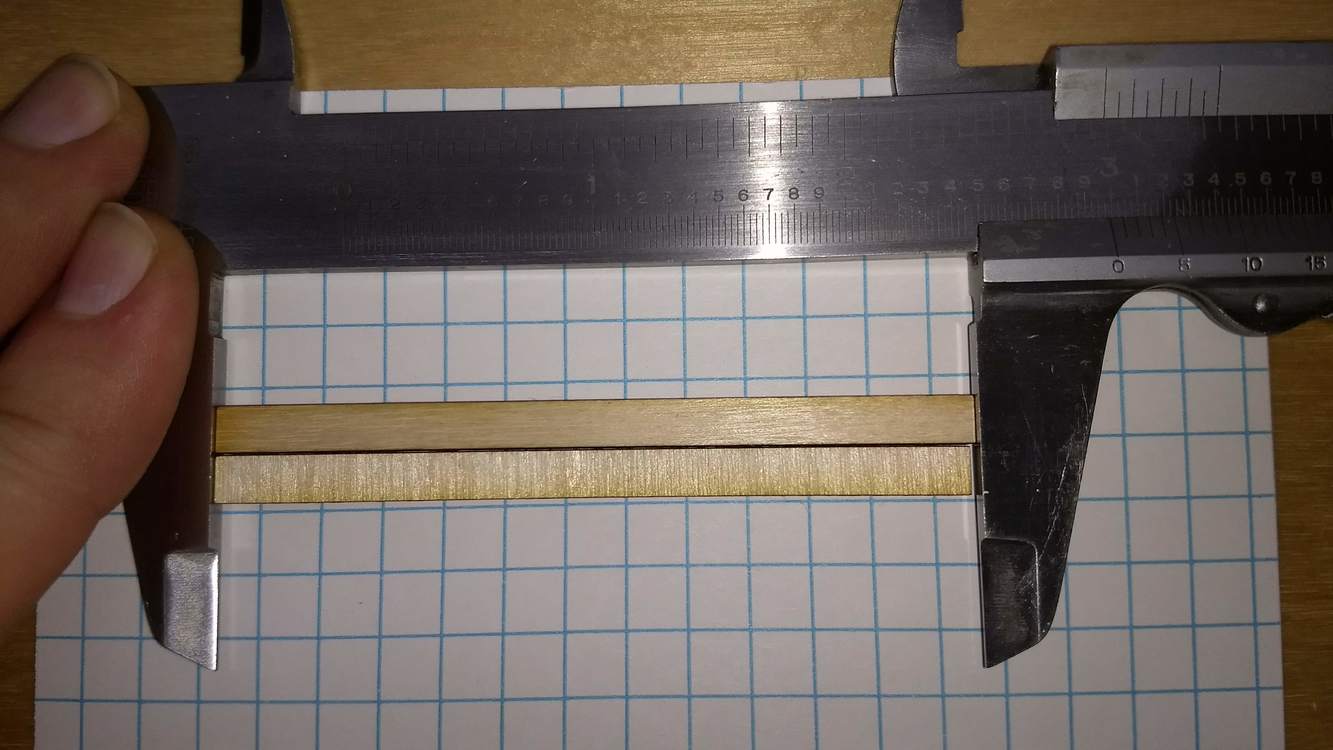 First step along the route of helpful people helping

What are you cutting them out of? I wonder if that bottom picture difference isn’t just a kerf related difference in grain direction? It can impact it a little. (Not as much as the top one sees though.)

It was .122in BB, and out of sheets that I used with my past GF with zero problems. The bottom picture has the two parts measuring 2.977in and 2.998in, which is pretty substantial. The top picture is the same wood, in the same orientation, all in a row going across the GF bed.

And all of this happened with cardboard also, but I wanted to make sure it wasn’t just the cardboard crushing under my calipers and so wanted to check it on wood.

Well hang on, I’m looking at the file…what program did you create it with?

Fusion 360 outputting a .dxf, then importing it into Inkscape, closing paths (since F360 doesn’t output that way by default), then saving as a .svg.

But, the two squares in the simpler file is made JUST with Inkscape.

One of the possible issues is that the paths in it are not joined…(I’ve had that problem with Fusion 360 exports before.)

It shouldn’t have anything to do with resizing issues, but I’m going to try closing them and then you can test it and see if it still comes out larger on one axis.

Okay, it needed joining in a couple of places, and there were a couple of pinpoint duplicated open paths under the main paths, which was probably what was messing with the GFUI interpretation of the file.

Try this one and see if it is different, results-wise. (It might not be, but it’s the first thing to rule out.)

Before I waste material, the two rectangles were completely made in Inkscape and look closed/joined to me? Shouldn’t that file rule out that being the problem?

And as an aside, thanks for the help and time @Jules! Even if nothing comes out of it, I super appreciate your help and everything you’ve done for the community over the past few years!

No your rectangle files are joined. (Don’t know if it rules anything out though yet…I’d still give the other one a shot on cardboard.)

Be back in a few with the new pieces!

Just a FYI, posting here also opens a support ticket, and @dan has said that duplicate tickets slow down response time. If you want user input you can always post in Everything Else and get our attention without creating multiple support tickets.

I hope you and @jules can figure out what’s going on!

Looking at the front page of this forum I didn’t see that said anywhere in the pinned posts, so thanks for the heads up! I feel like a jerk now, but at least someone let me know?

So… the cardboard cuts from the new file look like they are correct now. All look to be the same size, and caliper out the same (as close as you can with cardboard).

I have no good reason as to WHY that is though, if the other file cuts out incorrectly and it was completely made in Inkscape. And doubly so since I haven’t changed my workflow ever and have suddenly had a problem…

I need to track down where that info is; can’t remember now where I saw it! I’m laid up from ankle surgery and have read like 42 kabillion posts in the last 3 weeks, so my head is just really full of Glowforgey stuff right now.

I’ve just been trying to spread the word, definitely didn’t mean to make you feel like a jerk!

Well, I’m glad we found a reason for the main file…that one had a lot larger variance in it from what I could tell.

As to the rectangles - those should have come out closer as well…is it possible the material shifted a little in the blast of air from the assist? (Maybe run that one again and see if it repeats.)

And check to make sure that you can move the gantry forward and back and side to side without it meeting any resistance…a small crumb on the track can cause it to skip. (But you have to turn it off to check that.)

I should have said “jerk”

I’ve seen other threads where a customer service rep chimes in and says they’ve made a support ticket, so i just assumed that it wouldn’t automatically be generated, but good to know either way.

Feel better with your ankle; any major surgeries like that are NO FUN!

Inkscape is a jerk. By default, when you specify a size for an object, Inkscape makes that the overall size, including any stroke width. In other words, if you draw two 1" squares but one has a stroke of .003" and the other has stroke at .1" for example, the tool paths for those are going to be quite different because the actual path is at the center of the stroke width.

To change this option, go to Edit>Preferences>Tools and make sure “Geometric Bounding Box” is selected.

Just an idea to check this when having problems with sizing and working in Inkscape.