Hi there, I’ve had my replacement glowforge for about two months now and had my old one for about 4 months before replacing. I’ve never had this problem before until recently. My cuts are not being centered when they are printed. I made these designs on illustrator so I know theyre centered. I’ve already calibrated my camera but it still seems to be happening. Anyone know how I can fix this? I’m really at a loss. 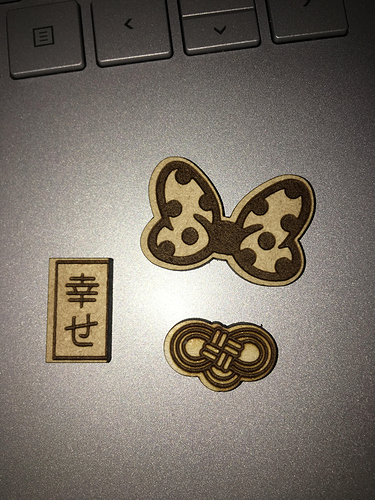 Do you have a vector cut line around a bitmap image that is centered in the outline?

We you able to process these same designs before correctly?

How does the Gift of Good Measure turn out?

How about a vector fill engrave?

Just thinking of all the possibilities here. Sometimes bitmaps embedded in a vector file don’t behave as expected.

Sorry, I don’t know all of those terms but basically these are designed on illustrato (so they are perfectly centered), then converted into a pdf. This usually works, idk why im running into problems now…

Usually works indicates that there is something specific to the design.

Have you used these particular raster/bitmap/images before?

Doing the extra step of a PDF can introduce errors.

Make your design space 20x12 in Illustrator and then save the file as an SVG (check the options for that export) and see what happens.

Could be the bitmap images you are using.

Can you let me know what terms you might not be familiar with? Knowing the difference between a vector and a bitmap image could be the crucial thing here.

That is unusual, and it might be mechanical. Check the tracks along the laser arm, and the belt underneath it. (Turn off the machine, slowly move the head by hand all the way left and right along the laser arm to see if it catches on anything, if any of the screws inside the track are sticking out too far, or if there is any debris in the track.) Then do the same for the side belts. Check the tension in all of the belts, you don’t want one to be looser than another.

When you are watching the action - do you notice a bump or pause of any kind?

Thats what Im thinking as well but there doesnt seem to be any indication of those things.

bitmap and raster. The thing is, i’ve never had this problem before so it’s weird that it’s happening now.

You might want to take some shots of the interior…sometimes folks can spot something, and cell phones fit in there pretty well. I’d take a shot of the track that the white ribbon cable is in while the machine is off and the head is at the left side. There are screws at the other end that might be of interest. Then shots of both the side belts and pulleys.

I hope these help 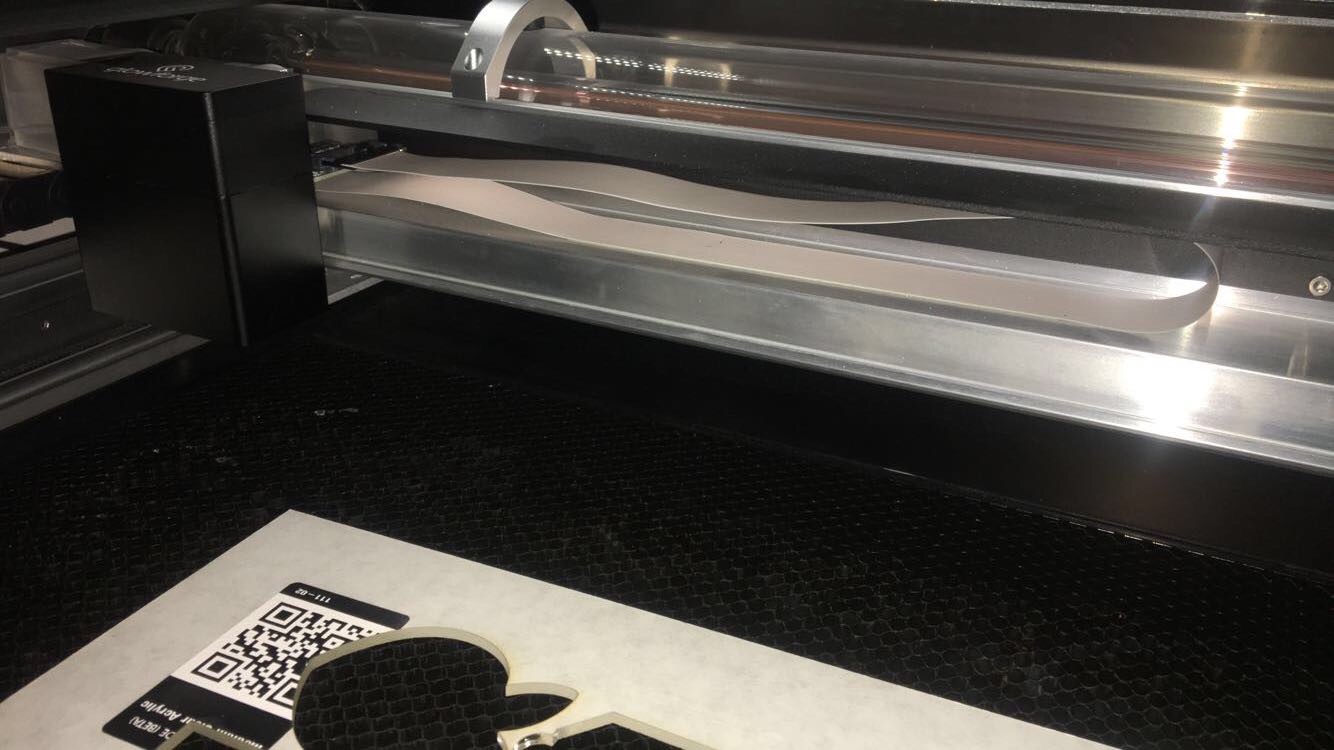 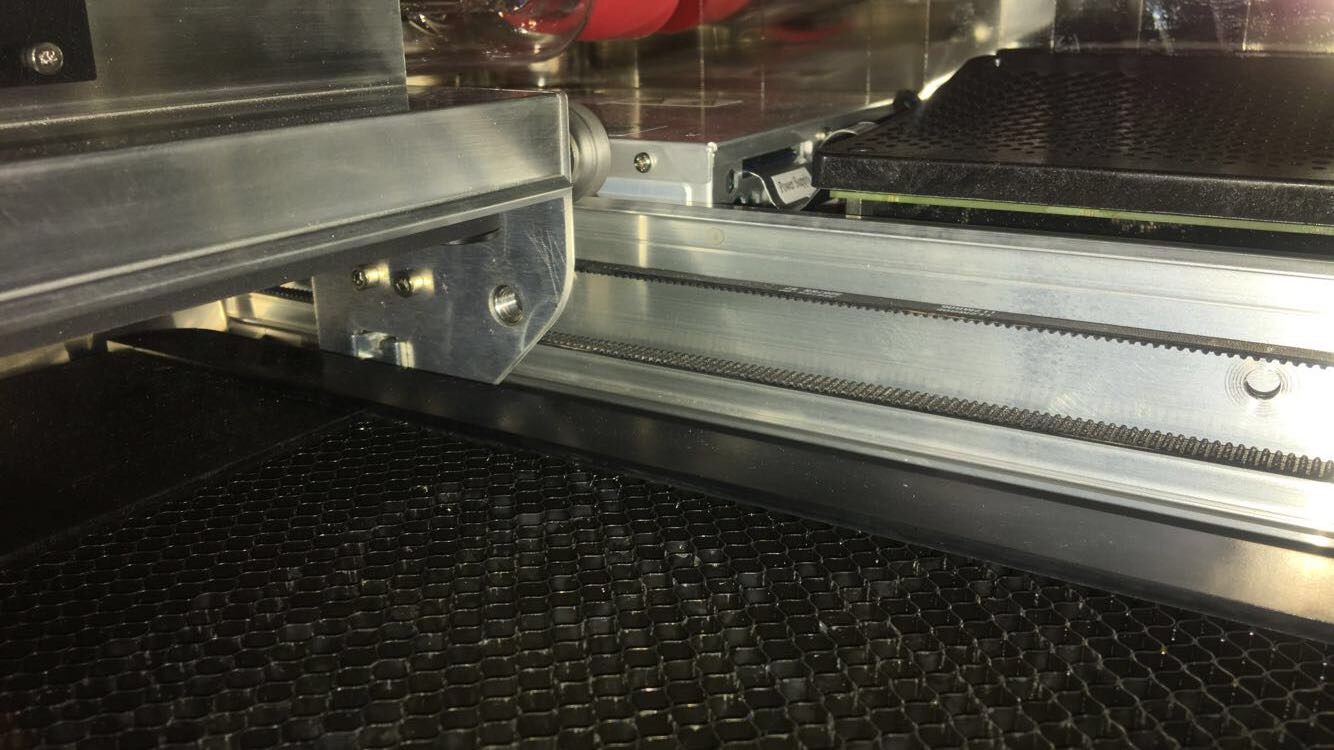 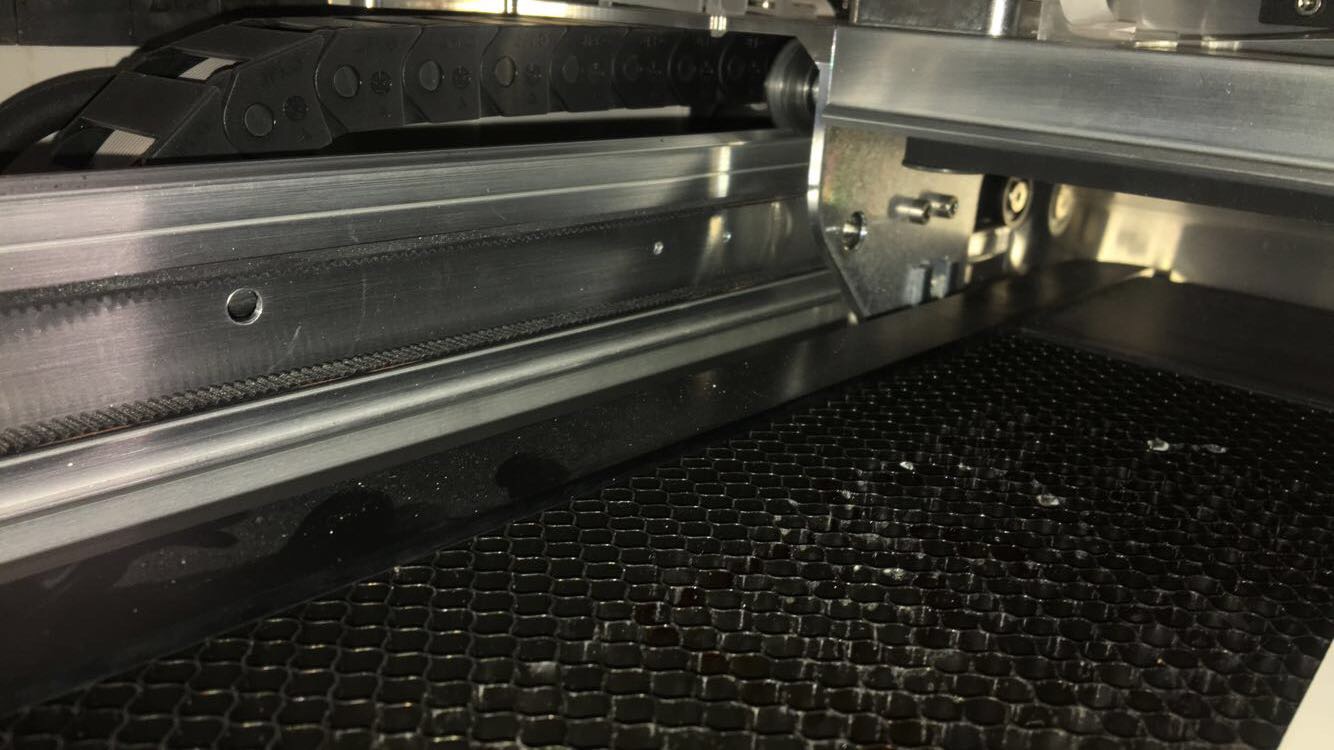 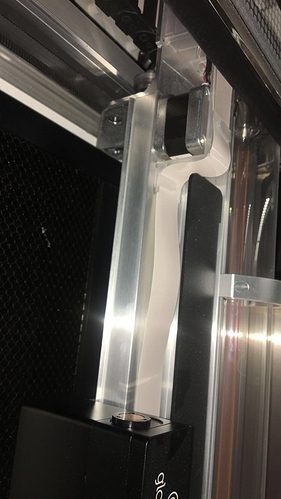 If you care to share one of these file, one of us could see how it prints on our machine.

Wow, that’s so pristine it’s a thing of beauty!

(I’m gonna take a look at the files too.)

Just ran it as a PDF, and an SVG…no problem either time so we’re back to something mechanical. Did the machine get bumped at all?

Have you tried running it again?

I can’t replicate the problem. 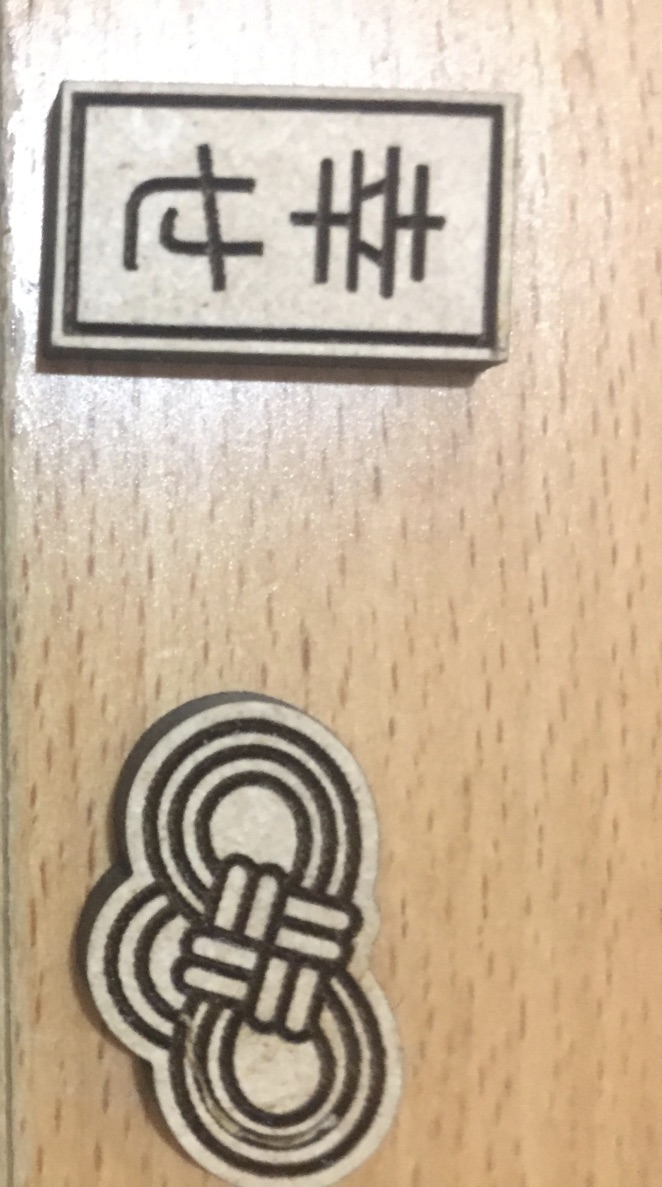 its definitely been bumped. and by that I mean sometimes i move around the material im using so that i can use different sections since the camera doesnt catch it. like the 12x20 is large so theres wasted space that the camera doesnt catch. anyway, theres been times where it gets caught in the tracks i assume and once it made the whole laser arm a little uneven on the tracks which i easily fixed. But besides that, im not sure what would be the proble,

sigh, thats what I thought would happen. thank you for testing it!

No I meant bumped specifically while you were working on that file. Or if there was just a small scrap on the bed, the air assist can be powerful enough to shift it if it is not pinned down. It might have just been a one-time problem.

like shift the material im working on? hmm thats interesting. even a piece thats 12x20?

No that should sit fairly tight unless it’s thin material like paper, cardboard or something along those lines.

Did you cut first and then engrave? Small pieces might shift just a bit in the cutouts.