This is the discussion thread for the April update.

And I was just looking for a cup sleeve design

Any update on international proofgrade or opening the design store to international purchases?
Even just an estimated “3rd quarter 2019” or anything would be nice

Yes, that’s an issue … maybe someone else would like to have my credits for a good price

Saving some seconds while powering up and focusing sounds nice but it’s more of an “cosmetical” improvement.

I would really like to see some essential improvements/updates – stuff what I payed for, e.g. auto allignment for bigger artwork (that’s why I choose the pro), better live-camera-“measurement”

I enjoy working with my

, but more often it’s tinged with a little letdown.

! Wow: ho-hum upgrades and a coffee sleeve. Really? It has been 7 months since the September post in which you mentioned getting started on pass-through support and introduced/teased snapmark (teased is accurate as many still do not have it). How about some insight into the progress on pass-through development?

Given the way you described the roll-out of snapmark (“easiest devices first”) and the lack of them arriving, each passing day further supports the hypothesis that my machine is a dud that will be incapable of managing it. Please prove this hypothesis to be false.

I typically don’t post on forums but I figure I should talk about my dissatisfaction in the lack of pass through support. My architecture firm and a few other small businesses were looking to purchase a laser cutter, but I could not recommend the glowforge because of this.

The tech support has been some of the best I’ve dealt with as far as product support goes and the user friendly nature of this laser is awesome. I do appreciate the other features glowforge offers, but it’s not enough for me to tell me CEO or anybody else to make the purchase.

Another last minute delay on shipping, 4 months delay only 12 days out from the delivery notice.

@dan I’m a bit frustrated at the lack of discussion on snapmarks. Even a status would be nice to know. Is there anything you can tell us about the rollout or the beta?

Are more people even getting them at this time or have you reached all the people you need in order to run the tests? Should the rest of us abandon hope on getting them before a certain time?

It’s a beta feature that we released for testing - no status or updates to share at this time, and we haven’t announced any plans to add additional machines.

I agree… because of the details involved with puzzles I won’t be able to use the pass through slot for making larger puzzles even though I paid quite a bit extra for the Pro Glowforge so I could do this. I guess I should have read about the lack of software for the feature first.

So how about mention this “Important detail” when people are purchasing the Pro version of the glowforge. If you look at my account you will see that I barely use the Glowforge I purchased and this is one of the biggest reasons.

The Pro alignment software is still under development, but there are the normal methods for working with a Passthrough slot available now. You don’t have to wait to use it.

Even easier if you happen to have Snapmarks enabled on your machine? (It’s still in Beta.)

In any case, a puzzle should be fairly easy to split and work in parts. If you need some help understanding how to get that started in the interim, just ask. There’s no reason you can’t use the Passthrough now. (Been using mine for almost a year and a half. Works great for large projects.)

Snapmark was introduced as the eventual solution for pass-through support. While it is nice that there are workarounds, for many, the workarounds are not a proper substitute. I grow weary of having them represented as a valid substitution for this missing feature.

Manual indexing eats available width and is highly error prone, counting on a bunch of stuff ( tray, guide, part) not slipping between cuts/movements and accurate alignment by eye. Alignment errors propagate with added cuts as the next index is scored with 100% of the error from the prior moves. The likelihood of a long part coming out as designed is not high with this technique. That is not what many signed up for when buying this machine and paying the premium for pass through.

I will also note that the piece being made in the tutorial clearly shows the propagation of alignment errors with each cut and ends up as a failure. There are small alignment issues with the first cut and the 2nd cut. The 3rd cut is clearly a disaster. Depending on the design, it would likely be scrap. I have had many parts that ended in similar ruin and I am not a putz when working with this machine. These failures are even more irksome because they occur after considerable design time (dividing up the part into pieces for indexing ) and cut time has been invested. The resultant part clearly will have trouble separating from the scrap at the bottom end and the shape may or may not make it a loss depending on application. Were it engraved, it would probably be deeply flawed. Parts like this are not why people bought the pass-through and thus, this workaround is not what we were sold. 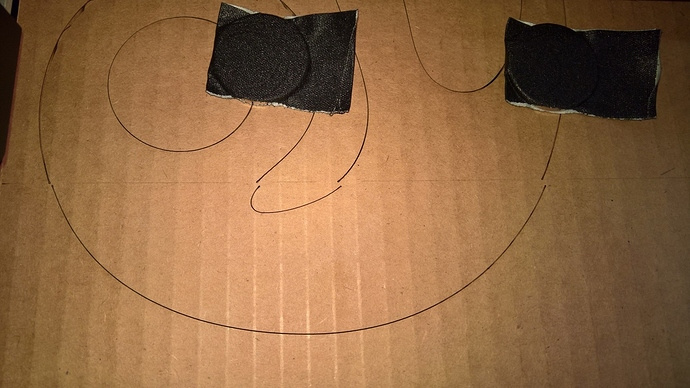 That workaround is also not how GF is currently marketing the machine. I may be missing something but I see no sign of any manual indexing in this image that clearly shows pass-through being used. 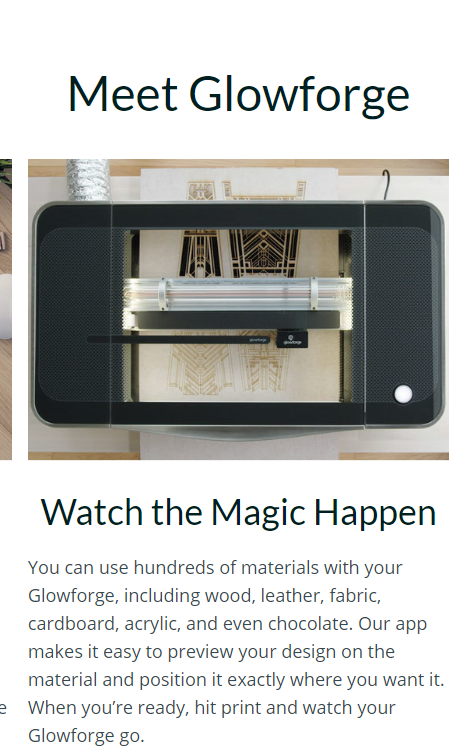 Pro owners bought on the promise of software alignment. What we got is 7-month old tease that a solution is coming (built upon a many year promise that a solution is in the works) and then naught except the growing hunch that our own machine is not capable of handling it when/if it does arrive (easy machines first they said, which implies hard machines exist).

An update to at least address that growing concern is not asking for too much given the circumstances. Are there pro machines that cannot handle snapmark? If so, what is the plan for addressing this design/manufacturing flaw?

Snapmark was introduced as the eventual solution for pass-through support.

*as a stepping stone towards the eventual solution for pass-through support.

Feel free to argue, but the company has had the same motto of “mums the word” since day 1 and they haven’t changed it for any one.

So whatever is posted in the snapmarks thread is all they are willing to tell us until they’re good and ready to tell us more. For any questions, see paragraph 1.

I grow weary of having them represented as a valid substitution for this missing feature.

I don’t think anyone is saying it’s a valid substitution. We’re all waiting for the proper feature. In the interim all we have is the workaround that either Snapmarks or manually indexing (as we do in the CNC router world have to do) offer.

It’s a case of making the best of what we’ve got now. I don’t think any of us with Pros are happy with the pace of development but I know I’m getting acceptable results with the workarounds we have so I’ll be thrilled when the promised automagic feature comes out but not terribly inconvenienced now.

I believe the confusion came because I mentioned that the feature could be used to help with Passthrough and that the experience of beta testing Snapmark gave us data that’s useful in the development of Pro Passthrough software; I probably shouldn’t have mentioned it and confused the issue.

Jules - So couldn’t I have just purchased either the Basic or Plus Glowforge if I have to break up the puzzle into smaller pieces to make them. Yes is the answer, and at a much less expensive cost.

Puzzles can be broken up easily, but other things can’t. If all you wanted to make ever was puzzles then yeah, you should have gone with a Plus.

Pro users also get a wider range of operating temperature than Basic or Plus users, and that was the main reason I got it. But it also helps with material consumption - there are plenty of times when it’s handy to rotate the material and stick it in through the slot to get at the edges.

You can cut materials down without having to drag out a saw…I really use it for a lot more than I thought I would. I’ve made a bunch of drawer inserts and cabinet organizers that would have been too large to work on the Basic bed.

I guess it just depends on what you want to use it for.