Have you tried cleaning your fan? When my plus unit started making a loud noise I cleaned the fan after someone suggested it in the community forum and it worked very well for mine

I had a friend who was double dipping one evening with a toothpick. So for her birthday, I engraved a dozen toothpicks with her name on them, along with the words"Single use only.". Tiny but very legible

I have cleaned both fans before, but not the bottom fan in a few months. Which fan did you clean that helped the most with noise? The exhaust fan or the little fan under the laser?

The exhaust fan for sure worked best

I will try again at cleaning that fan.

I would say this is very typical, our Pro runs at ~60 dBA when idle and ~82 dBA when running. Here is a sample of an engrave starting up.

You can reduce that down to about 32 dB by buying your own inline vent fan (about $100) to pull smoke out of the machine, and then using the “Compact filter is attached” box in the GF app to have it not run the exhaust fan. There’s surely some discussions about this already elsewhere on the forums.

…so some of us are still waiting for the update… You guys remember to turn this feature on for everybody eventually, right? I’m super ready to try out the faster settings

Looking forward to getting my hands on some of these updates! Thanks for the improvement!

We have an inline fan, with it we trade the high pitched sound of the builtin fan for vibrations, which is fine. It still will never go below the 60 dBA which is when the GF is idling. 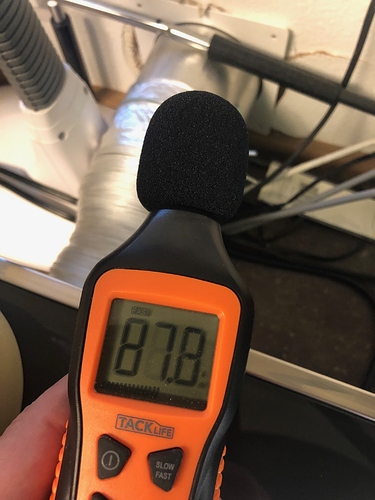 I have no vibration and <40 dB volume with the inline fan. It’s an AC Infinity S6 6" from Amazon. Extremely quiet, no vibration. Here’s a before-and-after video, listen for yourself. The loudest thing you can hear now is the motors moving the laser head around.

I’m really hoping to add the inline fan soon. Thanks to you and others that have posted about it.

I was at about 54dB while the machine was in operation. That was solely the noise from the motion system.

Anyone else notice things being slightly off when going at the higher speeds? I did 1200 today and the right side border was thinner than the Left on a symmetrical design. Double checked. 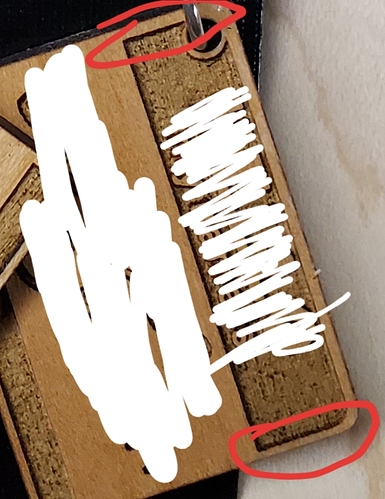 I know right not East at all. I used the Suggested setting for the fan cleaning mode it has. Got a can of the non-Flammable Electric Cleaner an between that an the lens cleaner wipes/Q-Tips wiping an cleaning/scrubbing the fan an blades I litterly had to take a tiny pick an from the back of the fan ( On the back of the laser from the outside) dig an scrap very carefully the grade that covers the outside or back of the fan I hope that helps.

PS. I also took a little mini air tank and blew very gently around the inside of the machine cleaning of the electrical panels and was able to get the hose and nozzle back inside the machine blowing directly through the fan and blades to clear out any debris that would blow out from the inside.

It’s been a week and still no update for me. Are we sure this isn’t like the snapmarks, where not everybody is going to get it?

Are we sure this isn’t like the snapmarks, where not everybody is going to get it?

They never said anything about this update that makes me think that is the case. The messaging around Snapmarks was very different.

I just wish they wouldn’t send us big messages saying TODAY YOUR FORGE IS FASTER! and it’s not for everybody and nobody even knows when/if we will get it.

You’re gonna want to open a P&S thread with that - that definitely shouldn’t be happening! I haven’t seen it on my machine, but I haven’t done anything with a full engrave like that either so…