So, I discovered an inkscape extension called eliptical box maker… 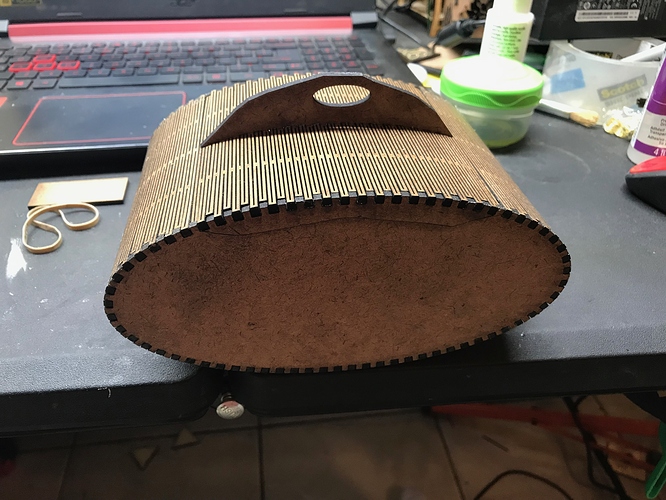 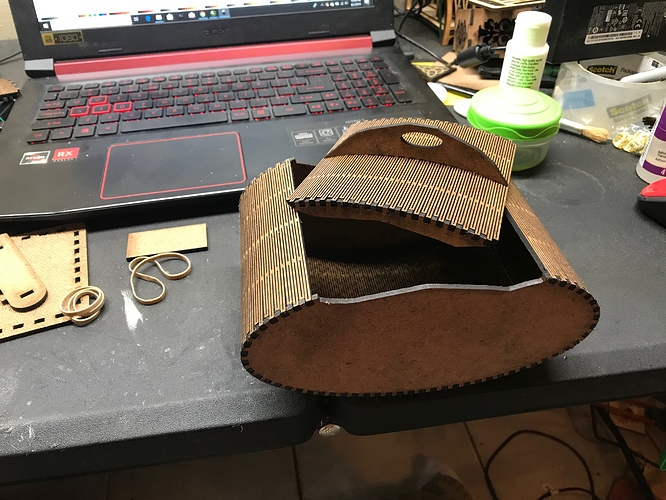 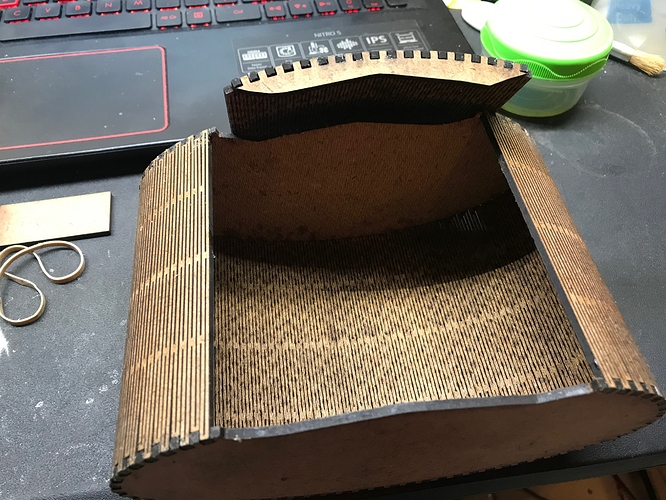 Nice. Another reason why some topics shouldn’t be locked.

Elliptical boxes in Inkscape Everything Else

I cant believe how easy this was to make using the ellipticall box generater in inkscape!! I generally use CorelDraw but downloaded lnkscape to have a looksee. Found this plugin for elliptical boxes. Make sure you also include inkscape helper extension too or it wont work. Off to make more cool stuff.

Somethin' Fishy Goin' On Here Made on a Glowforge

I needed a quick display item for the week and since we had a request waiting I decided to go ahead and just knock one out real quick - it took about half an hour. [image] (Note: I deliberately did not adjust the settings and didn’t mask because I wanted to also test for a couple of other things. The result comes out much darker than what you will likely see when you cut it, especially if you cut it out of Proofgrade.) One thing that did surprise me…I would have expected lines cut that clos…

Thanks. I found these posts and a few others, but only after I accidentally found the extension. These things are pretty frustrating to assemble at first, but, man, I do like them.

Really nice! I’m not a big fan of living hinges, but it looks so good here and part of the overall design.

Glad I did not have to weed this.

The best part of making living hinges is when you pull carefully and all that weeding comes of in one huge piece…it then immediately tangles, but it’s such a happy making moment

Gorilla tape is my friend…

. But when I made Jules’ elliptical fish box, the living hinge had such fine cuts, it was a nightmare to weed…

I wonder the cut time on the living hinge? I need to look into this option for a project I’ve been thinking delaying on.

It’s not fast, but it’s faster than an engrave of the same size. Fun to watch, too