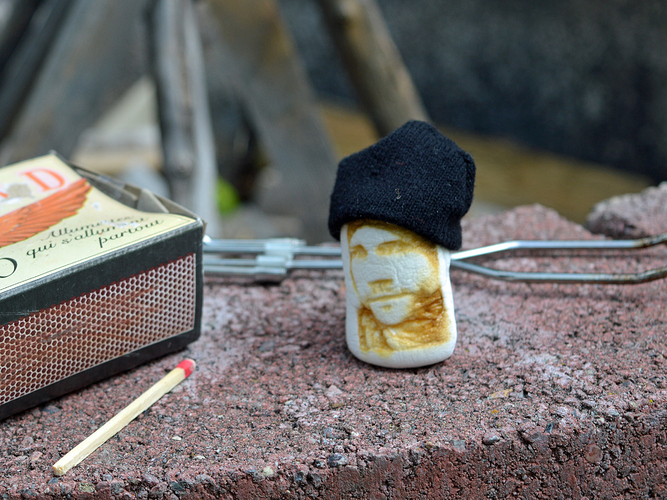 I compete in a charitable scavenger hunt competition each summer called GISH (Greatest International Scavenger Hunt). One of the items this year was to toast a portrait of Jared Padalecki (he’s an actor on Supernatural) onto a marshmallow. Thanks to this post Help engraving marshmallows, I was able to complete this item handily.

I used the same settings 300 speed/24 power/450 dpi. Since the flat, square marshmallows made by Kraft are not sold in Canada, I cut a chunk off the ‘front’ of the marshmallow to engrave. I stuck it on a small piece of paper. When the engraving was done, I pushed the two pieces of marshmallow back together.

Jared is known for wearing toques (or beanies as they say in the US) so I had to make my little marshmallow Jared one.

What a fun event and what an amazing contribution! Toasty Jared looks fantastic.

toast a portrait … onto a marshmallow.

I am wondering what other method others might be using. It is not a long list of possibilities. Are lasers (of any sort) that likely to be found among contestants

That’s cute, and love the beanie!

I only saw one other team that used a laser…however, there are about 50,000 people competing in teams of 9-15 so there could be others.

I think lots of other teams did it by lighting matches or toothpick, blowing the flame out and “burning” it in with the coal on the tip. One team made some sort of fire proof stencil and applied a flame to the bits not covered by the stencil. Not sure what they made it with though.

Love that! The smell burning that has got to be better than acrylic!

If anyone is interested in checking out the contest, I highly recommend it. It is heaven for creative people. www.gish.com. The contest is run by actor Misha Collins. A good chunk of the registration fees go to his charity Random Acts. In addition, there is always a big fundraising goal for a particular group. Last year, we raised over $260,000 to buy Rwandan Genocide survivors farm land and tools. This year, we raised money to help an organization in Laos that clears unexploded bombs.

You can play for fun or competitively. You can register as a single and get placed on a team, register as a partial team and get matched up with other players or assemble a full team and play (you need 15 for a competitive team and at least 9 for a just-for-fun team). The winning team gets to go on a trip somewhere with Misha Collins. The location changes each year.

I did that one too! 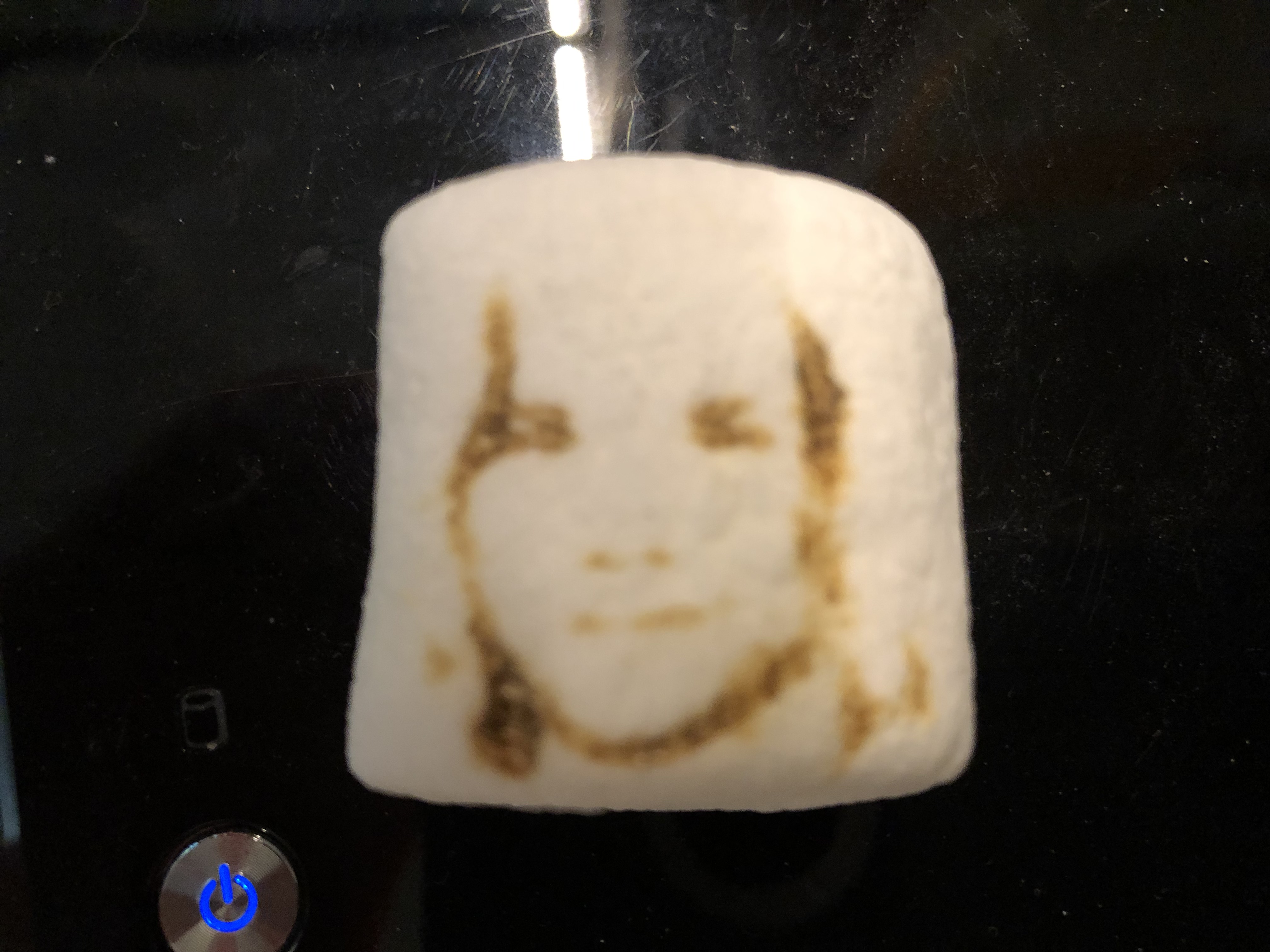 mmmm tomorrow there will be marshmallows! I just had firewood delivered.

The beanie really tops it off! Sweet!