Can anyone help out with this? I’m engraving this graphic onto leather. However I noticed this line going across the engine, that is not part of the original design. Does anyone have an explanation for this or would be able to tell me what could have caused this?
Thanks so much cause I’m getting worried thinking my machine is failing. 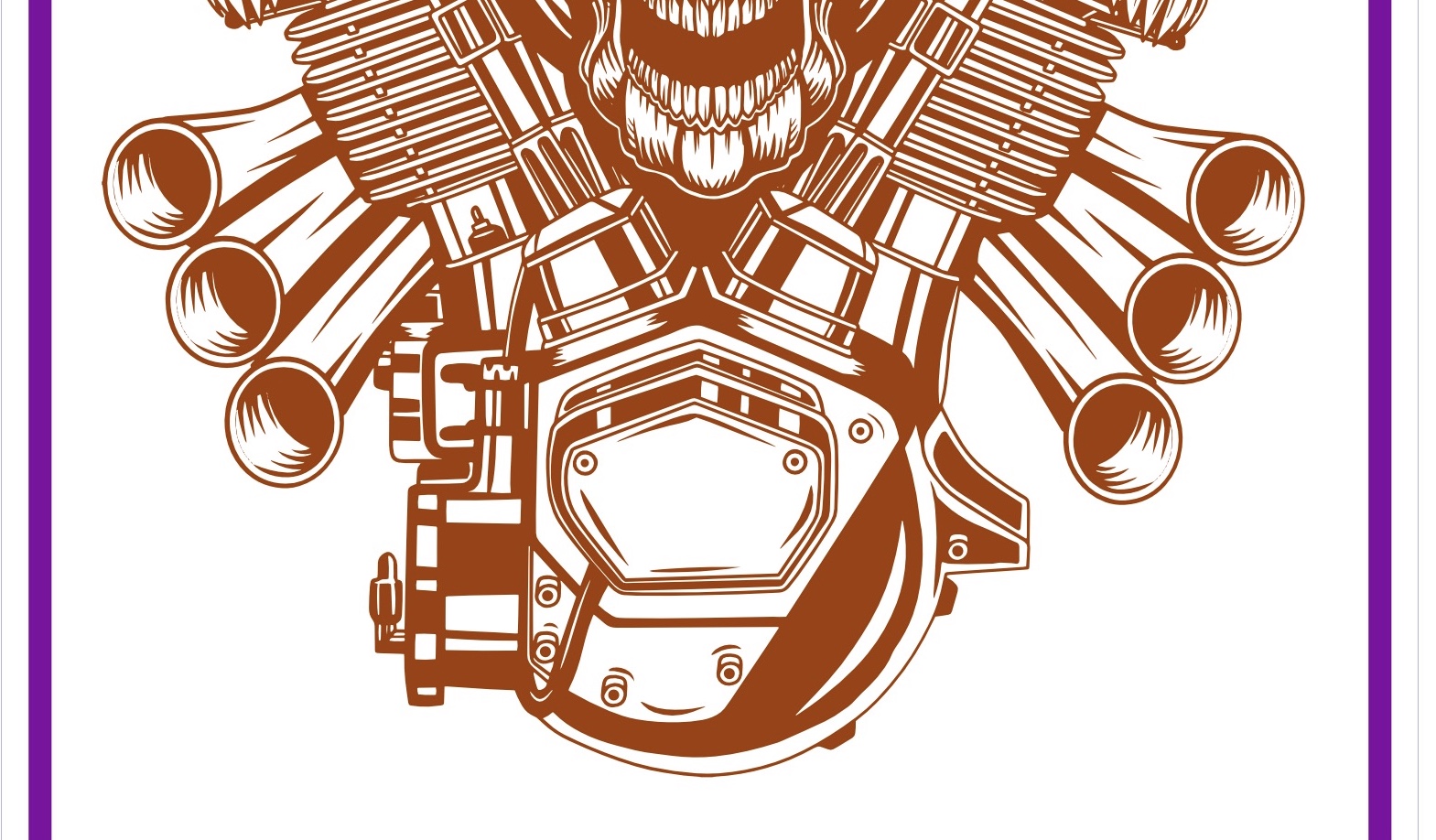 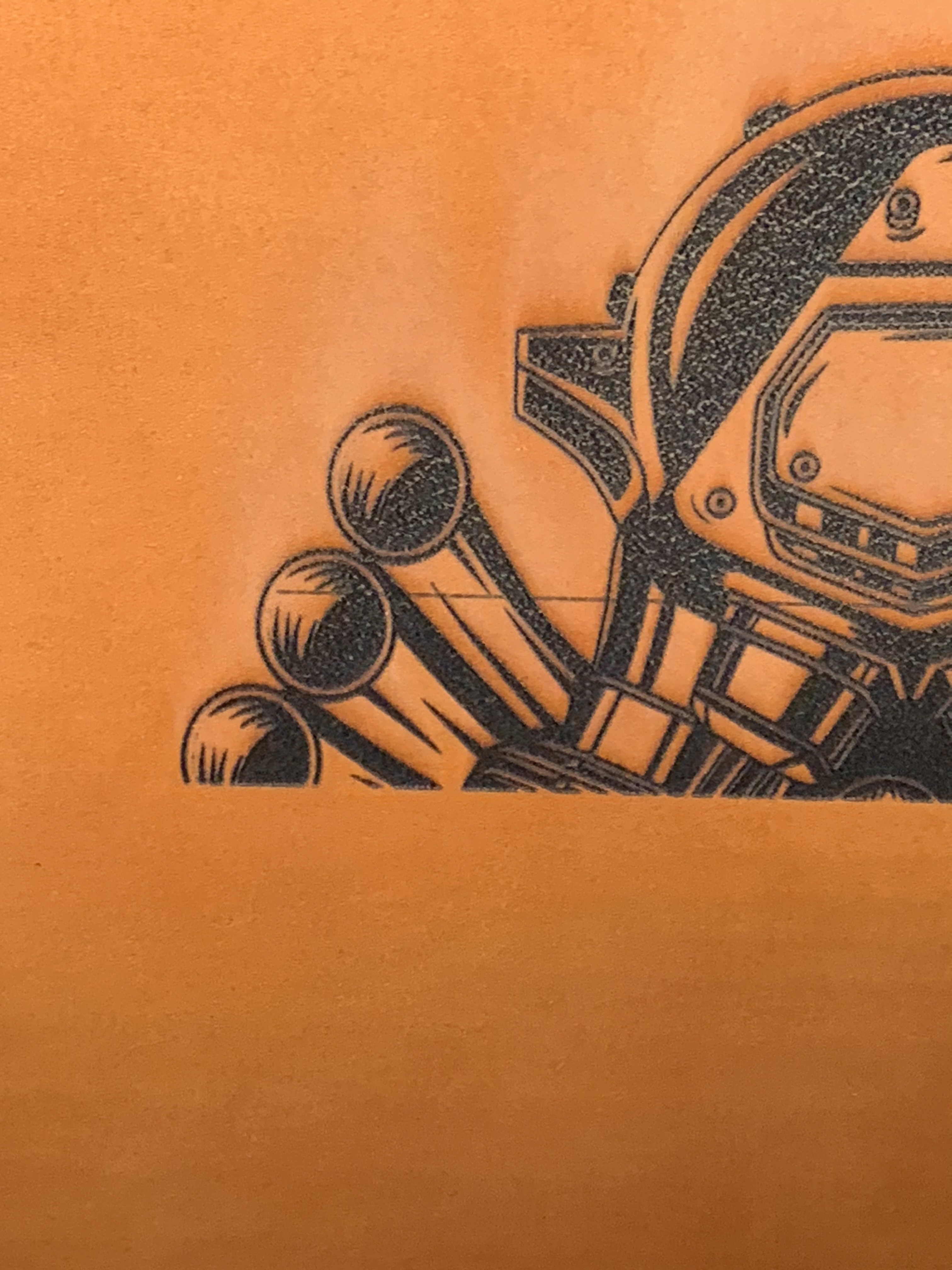 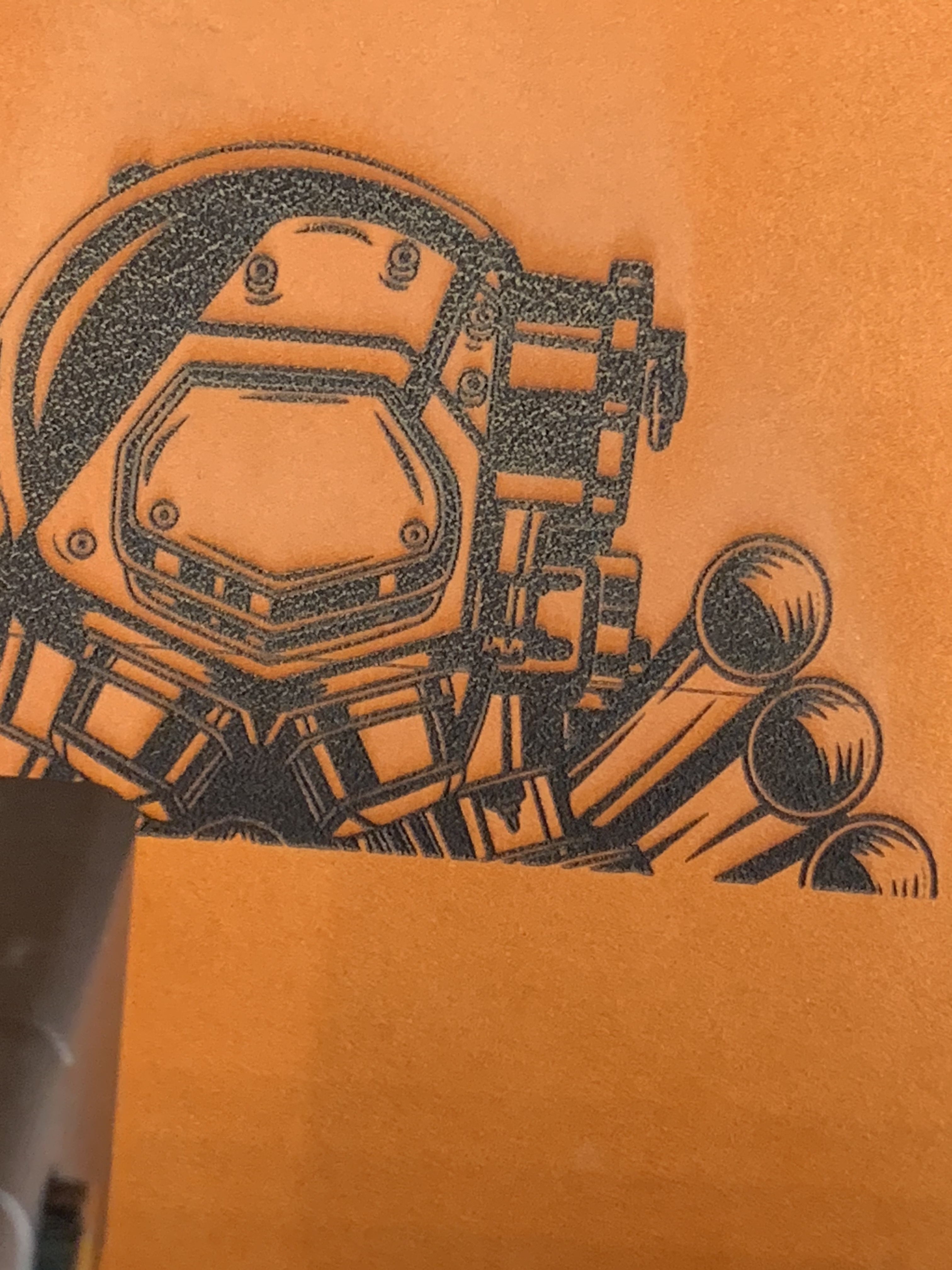 It’s generally caused by open vector paths. If you can find them and close them easily, that’s one way to deal with it. Or just rasterize the image.

Thanks for getting back to me. Hmmmmm that’s super technical to me. Sorry I’ve never encountered this before. Would you be able to explain in depth how I could fix this? Thanks so much cause I was thinking my laser was messed up or losing its edge.

Here is a post that may be helpful. In short, if your file has an open path it causes a glitch in the Glowforge resulting in random lines. The quick fix is to rasterize your image - or you can inspect the file and hunt downthe open vector path(s).

Okay thanks a bunch. Now when I did rasterize it and zoomed in closely I noticed pixelation. Will this be a problem when I’m engraving onto the leather? Also I’ve never seen an open path before and have no idea where to find it. The image came to me as a single curve. Should I divide it and search for the line? Is that even correct? Sorry for my lack of knowledge on this.

Now when I did rasterize it and zoomed in closely I noticed pixelation. Will this be a problem when I’m engraving onto the leather?

Depends on how large you are engraving it, but probably not. What program did you use to rasterize it?

I’m engraving It on 8x6 inches. And when I did rasterize the skulls engine and export as pdf the GF said it can’t do masks yet, totally stopping me from doing the engraving.

I use affinity designer

Uhm, okay…not one I’m terribly familiar with unfortunately. Maybe we can get one of the Affinity experts in here to tell us how they would handle it. As soon as they see it they can chime in.

I am in need of HELP please… I am trying to figure this Glowforge out and honestly I am at a loss. I am putting in a artwork to be engraved but I need the artwork cut out. How do I get the glowforge to cut the artwork out of the acrylic slab?

How are you getting the artwork into the Glowforge interface? Are you putting a drawing in the bed and scanning it, or are you uploading a file?

Also I’ve never seen an open path before and have no idea where to find it.

Don’t worry, it is usually a quick fix that can keep it as a vector. One way to do find the open paths is to switch to outline mode in your design program. Then zoom in at the level of the random line. You will usually find it.

Another way to do it is to make select everything then define the strokes with a thicker path. Often you can find wonky nodes that way. I think in Illustrator there are some shortcuts to this but don’t know about AD.

stopping me from doing the engraving.

Don’t let that stop you. I have had this happen many times…and just this afternoon again, today. Things will engrave just fine. The small dark circles in the screen shot below are things with clip paths…set them to ignore.

They turned out just great.

PS…I use Affinity, as well.

Thanks a bunch for trying your best though I appreciate it

Just tried both options and nothing is working. It’s a real mystery and it’s just getting me frustrated. At this point I just feel like chalking it up to a bad vector and moving on. Certainly wish I was more technically inclined to dive deeper. Thanks very much for your tips!!

I’ll give it a shot, however when I import it into Gf I don’t see those options. The graphic is one section only. I’d try it now but I’ve got a new print going. I’m glad this was just a vector path thingy and not my machine.

@Xabbess is one of the Affinity experts, you probably just have one large rectangular shape that is filled in solid as a clip path. Set that to Ignore in the Glowforge interface and it might work out fine.

That’s the thing, I don’t even have that option. And you wouldn’t believe it but I’m having the same problem on a completely different vector.

The outline option isn’t finding it. 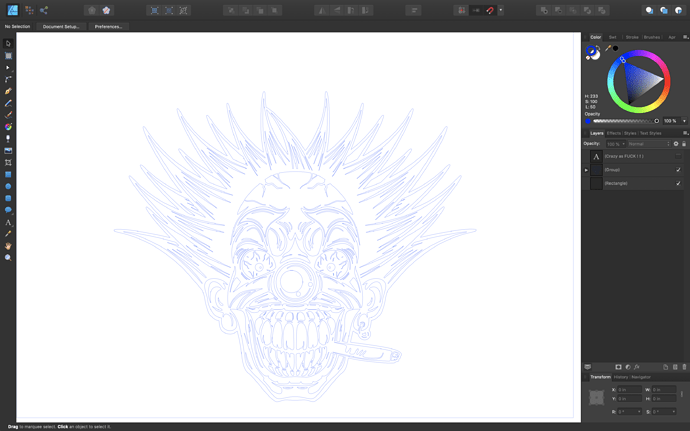 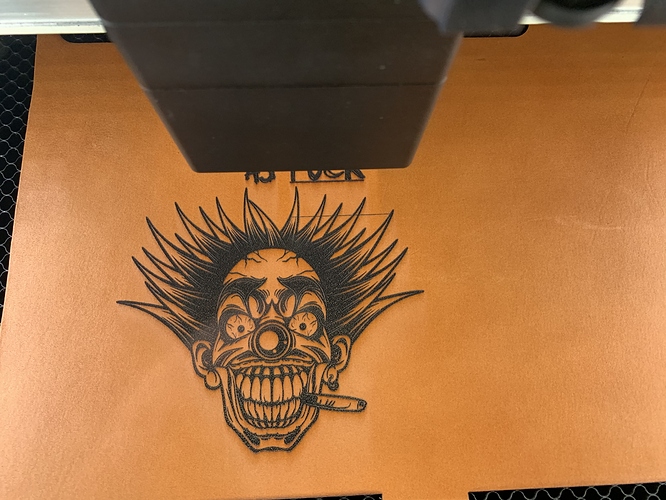 If you want to zip one of the files and either send it in a PM or upload it here, I can take a look at it later this afternoon. (Got a few errands to run this morning.)

You said you were creating these in Affinity Designer? Or are you downloading/purchasing them from the internet somewhere? If you’re buying them…you’re either going to need to rasterize them first, or try to find the openings or overlapping nodes in the files. (Of the two, rasterizing them is much easier if they are going to be engraved.)

If you are getting pixelation when you rasterize, just set the dpi higher than the default (which I think is about 300?). I set mine to 600 when I rasterize a vector.