Here is a suggested software enhancement: when making objects that interlock at 90º, wouldn’t it be cool to allow the Glowforge to automatically modify slot widths based upon it’s sensor’s detection of material thickness? Perhaps this could be done by assigning a color to the lines drawn to create the slots? Your team could come up with some clever method to do this. I ask because when making objects with various materials on my CNC router, this is the single greatest impediment to my being able to be cost-efficient when making iterations with differing materials. My work uses tons of interlocking connection points, and redrawing them to compensate for material thickness variations is a real pain. Thanks for listening!

That is more or less exactly how your Glowforge will work. : )

So I misread what @McGinnisArtistryLLC was asking at first, closed the page, then realized what he was really asking. Just asking for clarification on which one @dan translated it as.

If I have a pattern for a simple box, like The Flexbox, and it is designed for a 1/4" material (so the slots on sidewalls and top are 1/4" deep, letting the lid sit flush with the sides, and sides flush with lid)… I can take that exact same pattern, and cut something 1/8" thick, and all sides/tops will still be flush to the respective surfaces when I assemble the box? (So the software will adjust all slot depths for me)?

The wrong way I first read it, was for assembling a 2D puzzle, and having parts interlock tightly. Which other press had already stated Glowforge can do.

If it will auto-adjust depth of cuts to maintain flush surfaces, what about when you WANT to have non-flush surfaces (like for an inset lid which needs to leave a “lip” to allow purchase to remove it)?

There’s a few moving pieces. (sorry for the bad pun)

LOL - you guys rock. This is a really, really awesome feature. Can’t wait to get my unit!

This particular feature if it works as I am imagining will be all kinds of awesome.

I really have this feeling that the folks in Seattle are cooking up things that I haven’t even dreamed of, in addition to having already read my mind several thousand times. 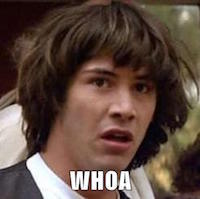