GF has stopped cutting through!

So I have only had my GF for a few weeks and now it has stopped cutting through. Been trying to figure it out for a week. No help from GF, they suggested cleaning the lenses, which I have done. And no more response from them.
I have my images set to cut, I am using PG materials, my settings are set to the PG I am using, depth is correct on my design settings for thickness of the material. However it is only making like score lines. I even went in manually and set it to a half an inch depth instead of the .13 that it is, I’ve also tried slowing it way down and it still will not cut through. I’ve tried using different sizes and types of PG materials, and I have followed all the steps for cleaning the lenses and mirror…twice.

I am out of ideas and am losing money as I cannot complete orders. Anyone had this happen before?!
I searched the tab and didn’t see a lot of comparable issues.

I’m including the GOGM they had me attempt and send them photos of. 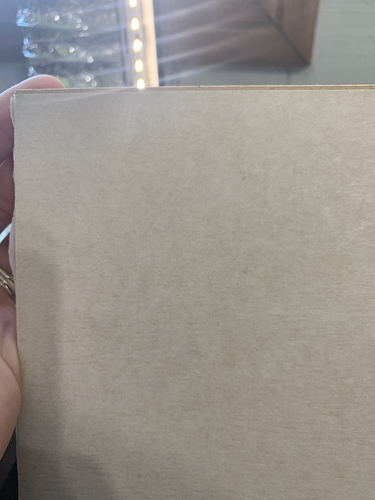 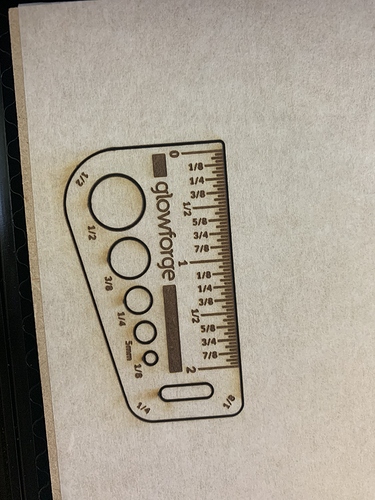 Changing the height settings (material height or focal height) isn’t telling it how deep to cut. It doesn’t work that way.

If using Pg materials, you don’t need to set either the material height or the focal height for the job operations.

Yeah well I had to try something. Bout to throw it out the window.

Does it come close to cutting through, (ever), or does it always look like that picture you posted?

Bowl shape points up, flat side points down at the bed.

The closest it ever comes, is sometimes there will be a few pixel sized dots on the back. Not always though. Here’s an example: 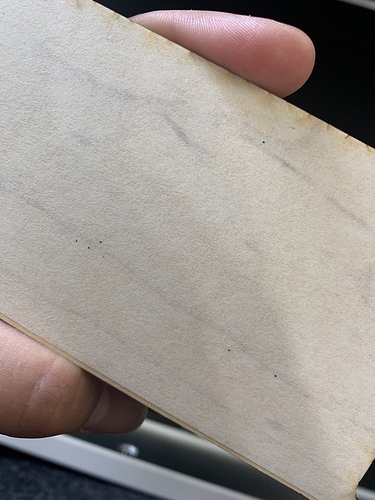 Yeah, that’s a problem…can you check to make sure the lens is installed correctly?

Instructions for that are here: 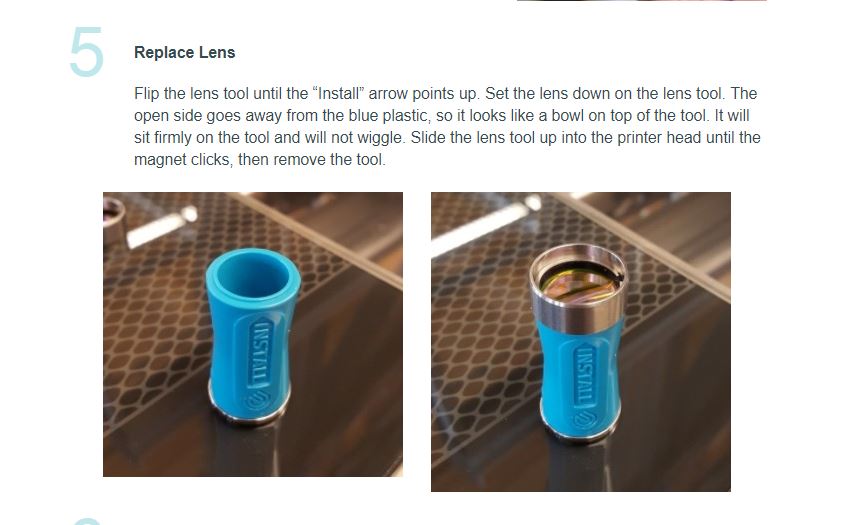 Just got done cleaning at again, and yeah it’s in bowl up. I had never even taken the lens out when this issue started. It was cutting an image and stopped like 90% of the way through and then started scoring. Like, the bottom tip of the Illinois I was cutting was still attached to the rest of the board.

Although it’s possible to have a bad glue plug or a void in a board, (which does what you’re describing with the Illinois cut) I’ve never seen it happen on Proofgrade material. (Cheap plywood from the hardware store…yes. All the time.)

If you sent Glowforge an email and later responded with pictures of the results of the Gift of Good Measure print, they are likely working on it. As soon as they can determine what the problem is, they will let you know, either via email or here. (It tends to slow things down when the data on a problem gets scattered, like when additional tickets get opened on the forum here, but as soon as they round up all your data they’ll be back in touch and will close this thread.)

So sit tight. They will contact you when they work out what the next steps are.

I’ve found that it’s important to clarify exactly what was cleaned. A lot of times one component is missed.

Then the laser window on the left side of the head.

Then the lens that you’ve removed.

Then the mirror that’s under the removable top of the head.

Not cutting through can be the result of several things. Rarely, but it does happen, the Proofgrade material is out of spec. If you have a pair of calipers, you can measure the thickness.

It can also be due to warped material (which is the most common cause).

Okay thanks. I’m just insanely ticked off. & wanted to see if anyone else had dealt with this. I’ve only ever used PG materials, and hadn’t even messed with manual settings until this. Some have suggested weighing down the edges like with the honeycomb pegs, but I can’t even cut them. I’ve been trying lol

I swear I can’t do anything in life without having bad luck. Knew this would be the same way

You sound like my sister…she can’t buy a toaster without having the thing blow up when she plugs it in.

Glowforge will get it fixed up though. They always do.

I followed the instructions on the “what needs wiped down”. All areas you mentioned I cleaned. And triple checked for specks. I do have calipers, and it’s .13 as should be. But I have tried on both the maple plywood (3 different pieces of it) and the draft board. And haven’t gotten more than a speck of cut since this happened.
Insert frustration

Lol literally my life. Every major event in my life has had a medium to major fault of some kind.
And then as soon as I get my business all legally sat up and buy my first big piece of equipment…I can’t even take orders. Blah!

Thanks for your help!!

Don’t blame yourself! GF quality is pretty lousy, so not everyone is lucky enough to get the machines that work. I’m sitting here with my third dead Pro model, and none have worked for even a year of LIGHT use. I can’t justify paying to fix it when my own experience tells me it will not last.

I certainly don’t agree with that assessment. There are well over ten thousand of the machines in use by now…the problems that get reported here are a handful in comparison. (I’ve been using mine for over a year and a half, with never one problem that wasn’t caused by me. And eight months on the pre-release unit before that.)

The earlier units were more likely to have issues, but those get the kinks worked out as time goes on. And there are a lot fewer issues being reported now.

I take it you’re out of warranty now and don’t want to have to pay for repairs? Did you report the issue so they could analyze it? It might be something easily fixed, or even something that you can fix yourself with a replacement part.

I take it you’re out of warranty now and don’t want to have to pay for repairs? Did you report the issue so they could analyze it? It might be something easily fixed, or even something that you can fix yourself with a replacement part.

Correct. After running thru two lemons, they sent me a third. It lasted 10 months or so, but of course the warranty period started years ago, when the first lemon shipped, so now it is time to start milking me dry (is the way I see it). All those lemons make a guy bitter!

Well for gosh sake, contact them and at least find out what it is…it might be a simple fix.
Go…do it. (And good luck!)

And then as soon as I get my business all legally sat up and buy my first big piece of equipment…I can’t even take orders. Blah!

I hate to be the bearer of bad news, but it generally only gets worse (from an overall perspective, not a GF perspective). It will be stuff from all over. A material supplier that is late or quits carrying something you’ve based a product on (which did just happen), someone stealing your business credit card number (which did just happen), customer packages lost or stolen, or broken in transit, or (enter a million variables here).

Sad but true. I hope the credit card thief was thwarted quickly and that you find a new supplier. I have had my credit card number stolen a couple of times and it is a pain. Now I have frozen my credit and get text messages every time the credit card gets used. Sort of like closing the barn door after the horse escaped, but I feel a little more secure.

Oh, life is good. Wells Fargo was on top of it - it was immediately flagged as suspicious. Just have to get the replacement card from Texas, when I’m in New Mexico and was planning on going straight to Minnesota (which is minor).

I was able to buy in and get Eska board, which I always wanted, but was too much of a minnow in the sea to even get a call back.

Of course, that means the shipment is coming on a semi., so I have to figure out how to get all of that into the RV and hope that it still stops lol.

Be back later though… pup insists that he must be chauffeured down the mountain to the dog park to play with his new friends.