GlowForge or a mattress?

So after a weekend of problems with our tracking. The “GlowForge” shows up two days late and lo and behold it’s a mattress 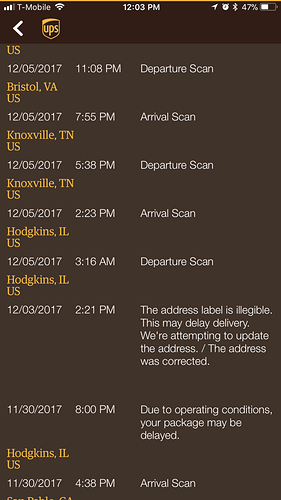 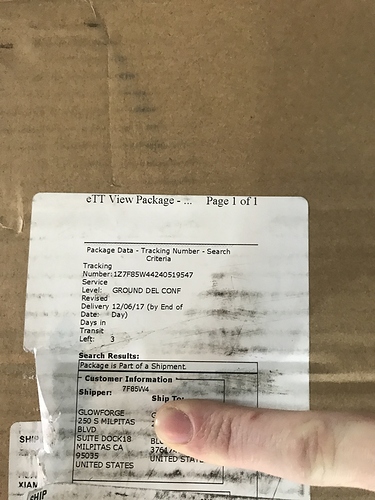 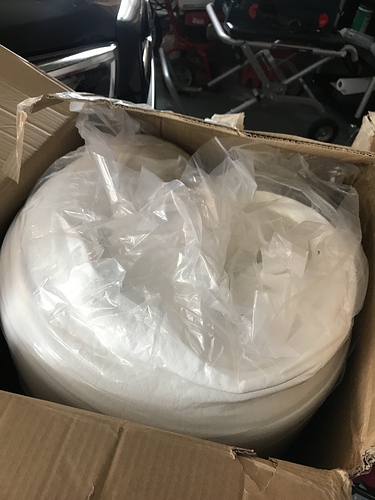 On the phone with UPS now, would like to get in contact with GF support, as well.

So… This is beginning to seem more suspicious.

so this is the second case in the past week of a “GF” label being put on some other box after delays.

these thieves are going to be surprised when their machines are bricks when GF won’t let them run.

It’s got one of those “the label is illegible” messages. That means they (UPS) made up a label. You got someone else’s package

Have you confirmed that your GF really shipped per Support?

Yeah. Got the shipping email on the 28th, so I know at one point my GF was on the way.

This mattress was headed to Amazon. So Amazon may very well have my GF.

No. I received proof grade 3 weeks ago. That info is for a 79 lb box and the accessory box, which showed up on time Monday.

Why do you think it looks like the PG tracking? That originates in TN and I’m in TN so it delivers overnight.

If it weren’t for bad luck…

So… This is beginning to seem more suspicious.

Indeed. There is a possibility of systematic theft going on, and Glowforge needs to get ahold of UPS ASAP.

Could be a just a function of increased volume in shipping and that increases the number of screw-UPS caused by chaos or bad actors taking advantage of it.

Once sent a 3D printer kit to somebody and they received a box of flooring supplies. Courier found our package and delivered it later. They said the label had come off, which we didn’t believe as it didn’t explain why they delivered somebody else’s package instead.

UPS just told me that they will send the driver back to pick up the mattress, but they don’t have any further information on my original package and did not offer any other means of help.

This is not looking good. A package as heavy as a Glowforge is hard to misplace. It doesn’t accidentally walk somewhere and probably took some effort.

My thoughts exactly. I really hope that my label did indeed become damaged and they happened upon this other heavy box and thought, this must be it. Rather than something nefarious happening.

But, peeling up the re-printed label I can clearly read the label they covered which is from China to Amazon (FBA shipment).

Important question: Were the 4 plastic handles still attached to the package with the mattress?

Yeah, and I assume that after the second one, (and now the third), that they can triangulate the problem hub and catch these little idiots and string them up by their ________.

No handle holes either.

A package as heavy as a Glowforge is hard to misplace.

You would be surprised. It took them about 20 minutes to find my GF when I went to pick it up at the depot. There are two doors off the customer services area. They found the GF through one door and the accessory box through the other.