I’m sure several of you already follow them and have seen this, but here it is anyway, a dymaxian globe made on a laser.

I found some Prime transfer tape on Amazon for under $8. I hope some of you brilliant people out there can determine if the cheap stuff is laser safe: 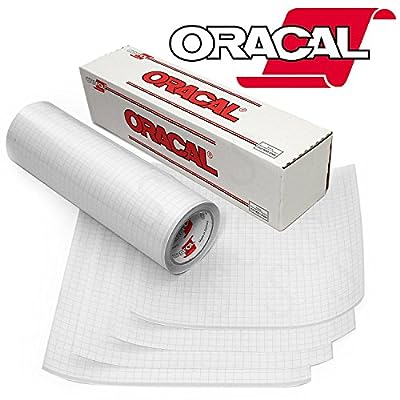 Oracal Transfer Tape Makes Transferring your Vinyl to your Project a Breeze.

And here is the crazy expensive tape dispenser on Amazon (probably a good project to make and save that money!): 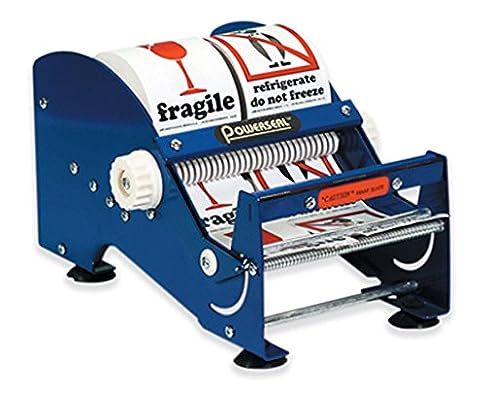 Bertech Table Top Tape and Label Dispenser holds multiple rolls of labels and specialty tapes totaling 6" in width and up to 6" in diameter. It is designed to load and unload rolls easily. Features in ...

At 6:20, he mentions having done his first version on their Glowforge and how when he went to their other laser, it took some “finnessing” to get it right. That’s a good sign for a novice like me!

Just a heads up on that transfer tape, that price is marked up about 5X because it’s only 10ft, and since it’s been re-rolled onto a new core, it’s likely lost a good chunk of its tackiness. A fresh 300ft roll is around $50 and while that sounds like a lot of material, you’ll burn through it in no time.

This is really good to know!

Stay away from the clear transfer/application tape: it is PVC based. 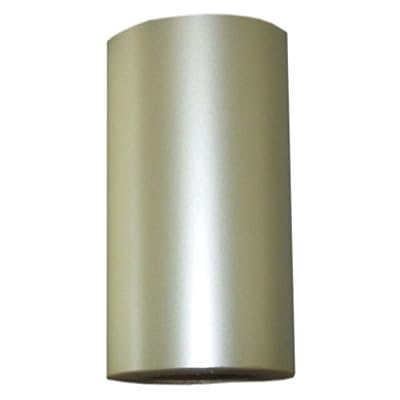 that stuff is probably a no-go, but I can’t be sure without seeing a product sheet or an MSDS (which vinyl ease is not providing).

Personally, I would go with something known to be laser-safe, from a manufacturer who is willing and able to give you the information about their product.

Two well known (competing) brands for transfer/app tape are TransferRite and R.Tape, both of which make certain products that are laser-safe, and other products that aren’t. Oracal (orafol americas, posted above) makes clear pvc-based transfer tape and translucent paper-based transfer tape: you need to make sure you get the correct version, so I (personally) would stay away from vendors who don’t list the specific product number.

I’m partial to the TransferRite stuff myself, I have both the high-tack and the med-tack.
This is what their rep gave me when I asked about laser-safe transfer tape: 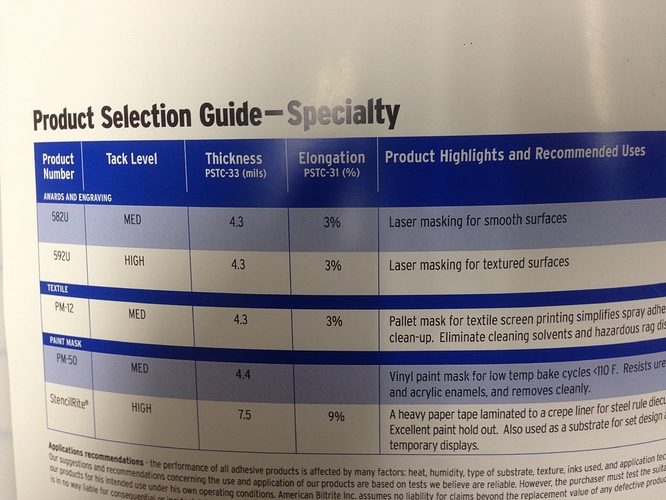 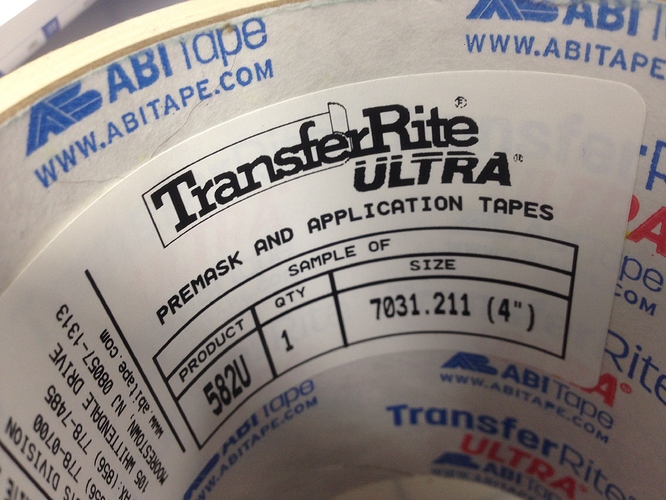 this is what an R.Tape rep gave me when I asked for laser-safe transfer tape: 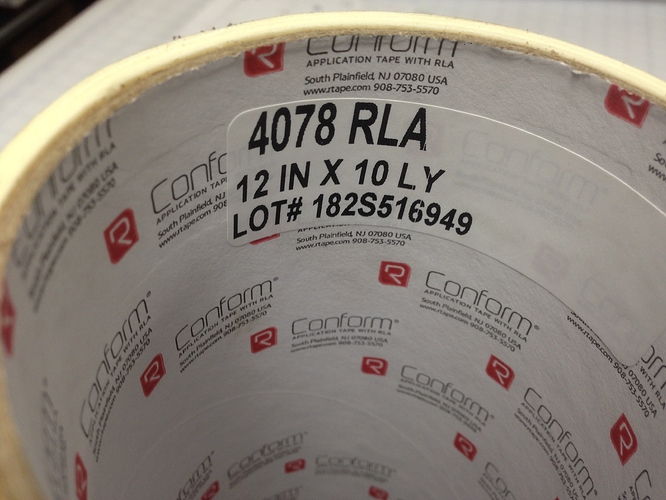 you’ll burn through it in no time

I see what you did there.

I would love to see this Dymaxion Globe cut with frosted acrylic and then backlit with LEDs from within to give it a soft glow. You could probably even cut a small hole for microUSB charging.

Well, that was unintentional. Hahaha!

I did a quick Amazon.com search for paper transfer tape and got a lot of results. Any of the plastic stuff is probably a no go, but some had reviews saying they used it on their laser as a mask.

Curious if anyone has already looked into this tape / has experience with it? I originally found it on Amazon where there was no mention of it being laser safe. It was labeled “vinyl transfer tape” which was confusing because, like, is it made OF vinyl or is it FOR vinyl? So then, I went directly to their website just to confirm that it’s a legit product and was excited to see that it was described as laser safe. I don’t understand why they had slightly different info for the same product in two places, but I contacted the company and someone confirmed that they are the same product and that the clear transfer tape is safe for laser cutting. On their website, it says that it is PVC free. Are there concerns other than PVC in regards to clear tape? 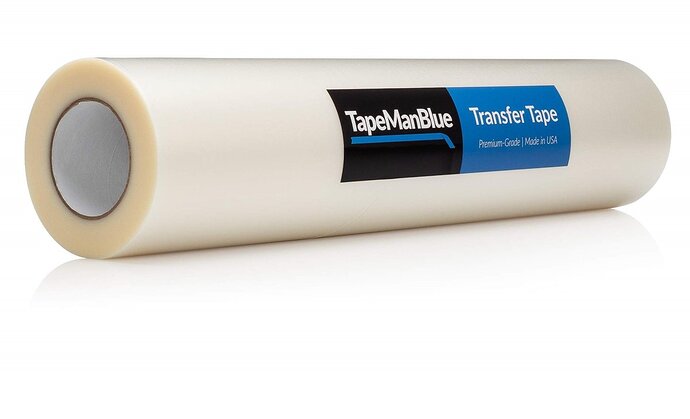 You’ll want to stick with the paper transfer tape in either case. Even if the plastic is laser safe, it usually fuses and melts making a real mess in Engraved areas when it comes time to clean it out.

You can buy paper transfer tape on Amazon too.

Thanks for the response. I laser cut hand-dyed silk and I need to be able to see where I set my shape down on the fabric in the app since the design on the silk needs to match up in certain parts. Silk already naturally melts to an extent (which works in my favor as it reduces fraying), so maybe the tape melting won’t be an issue since I’m only cutting and not engraving. It’s definitely worth it to me to experiment with it, but I wanted to make sure that it is safe to do so, first. Some people were like, “definitely not” and I wanted to find out if they were basing that opinion on an assumption or if they knew something that I don’t about this tape. I just came across this page which has a little more info on it. 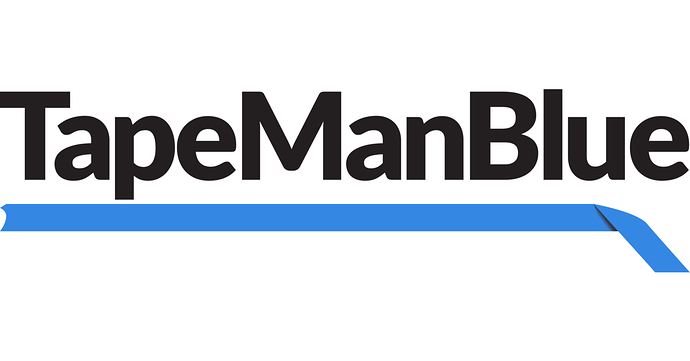 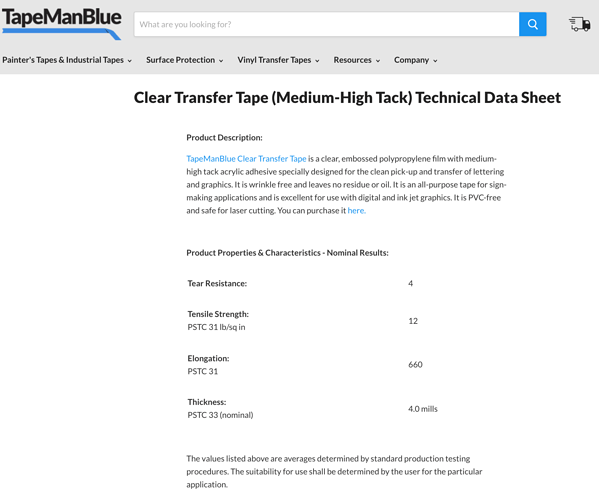 I agree with Jules that it can melt, and I don’t see any advantage to using the clear stuff. I would also guess that it’s thicker than the paper tape and that can mess with your settings more. ( At least all my paper tapes have been thinner than my plastic stuff.)

OPE, I did it. It baaarely melted and the melting seemed to pull it away from the fabric rather than melting into the fabric. I need something to protect the silk from burning near the cut edge and I need it to be clear because I place my shape in the app depending on the design on the fabric. The biggest issue with it seems to be that it doesn’t adhere super well to the silk, but it did what I needed it to do. I’m hoping that this works on wood, too, because I often cut out shapes based solely on the grain/markings in the wood. I’ll try squeegeeing it a little harder next time. Here’s to hoping this isn’t an unsafe material because it solves a lot of problems for me!

Here’s to hoping this isn’t an unsafe material

The screen shot you posted explicitly says it is safe for laser cutting so it seems pretty unlikely it’s unsafe.

Haha. That would be the obvious conclusion. I bought an ozone emitter awhile back and was assured by the manufacturer that it is completely safe to use. I have been finding information recently that would say otherwise. Maybe the manufacturer was only commenting on how I had planned to use it, but they also failed to suggest that it could potentially be unsafe at any point at all (in regards to outgassing and damaging things on a cellular level). I guess that was my fear with this stuff— the information seems to be there, but is that ALL of it? Is it safe, but only under certain conditions? Also, some people were so adamant that any clear tape shouldn’t be used in the GF. “Definitely don’t use it” is very different than, “There’s a chance it could be harmful, but I don’t know for sure.” Such definite answers left me feeling like I didn’t know enough. There’s so much that I don’t understand about what is damaging to the gf and what isn’t and there are some insanely smart people around here who do. Thanks to everyone who took the time to respond. This is such an awesome community.