Has anyone lasered high-density polyurethane foam, AKA tooling board, RenShape?

Here is an article on the stuff. 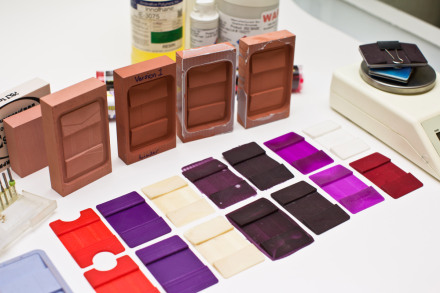 Materials To Know: Tooling and Modeling Board

I was in a fit of nerd glee the first time I used tooling board. I’d used MDF for similar purposes before, and I doubt I ever will again. Called Renshape, Precision Board Plus, or that green …

Here is one version for sale. 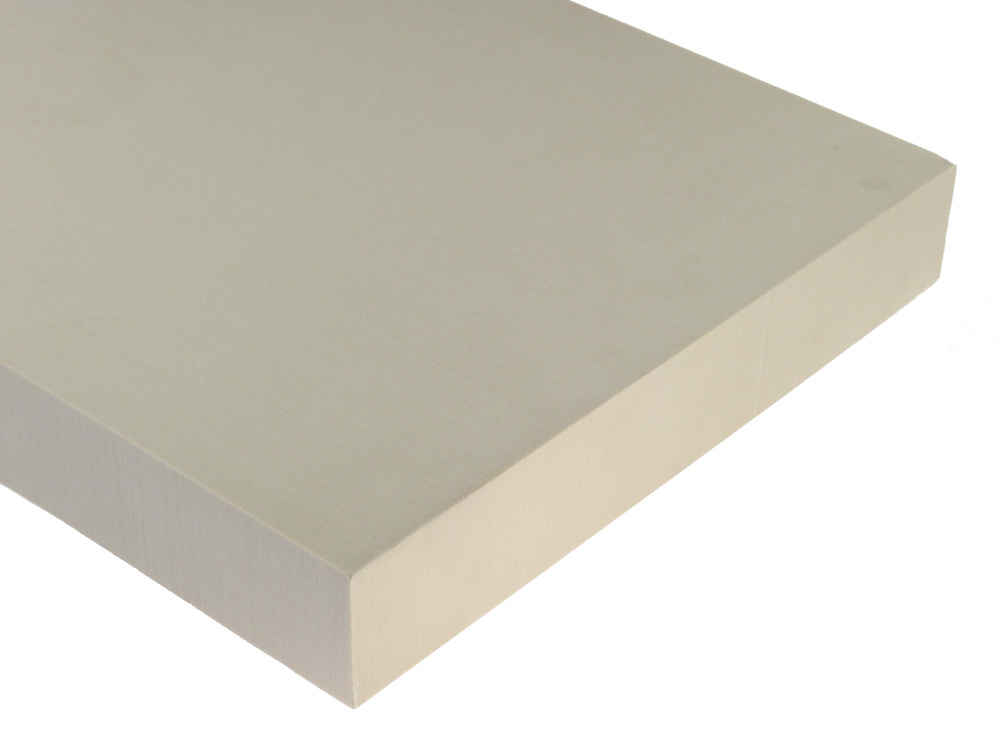 High density urethane foam that is ideal for milling

As far as I can tell it is safe to laser, but I can’t yet figure out if it looks good. No point in getting an expensive material if it isn’t going to look better than basswood after carving.

Due to the nature of laser engraving, the quest for a material that is low in texture after engraving may be futile anyway I guess…

Precision board is similar to competitor Sign Foam, brought up in this thread:

Can we cut and engrave sign foam with our glowforge?

I looked at the RenShape SDS and it does appear to be safe to cut. They are sending me some samples too, so I will figure out how it looks.

The main thing I’d watch out for with that stuff is flare-ups. I could see it catching fire relatively easily.

Semi-off topic I see a lot of mention of fire danger in many materials. And I was wondering if a layer of absorbent paper spritzed with water might prevent the flare ups. It would take extra pews as the laser would have to evaporate the water at the cut but that which was nearby would retard any further burning?

And I was wondering if a layer of absorbent paper spritzed with water might prevent the flare ups. I

The reason I say maybe is that the flareups I’ve seen (mostly with corrugated cardboard, some with BB – hey, maybe it’s a repeated-initial thing) seem to happen when heat and flammable gases build up somewhere inside the material being zapped. So a cooling layer at the surface might not help.

As it seems nearly everyone wants to use cardboard as a quick infinite resource to try stuff anyway I was planning to have a spray bottle for just such experimenting. We know the material will burn where it is cut, the effort would be to keep the whole mess from bursting unto flames. And a handy spritzer would help stop a fire that did start.

I tried to do a very small 3D engrave of Han frozen in carbonite…
second pass just started getting gnarly/melty, so I stopped it. 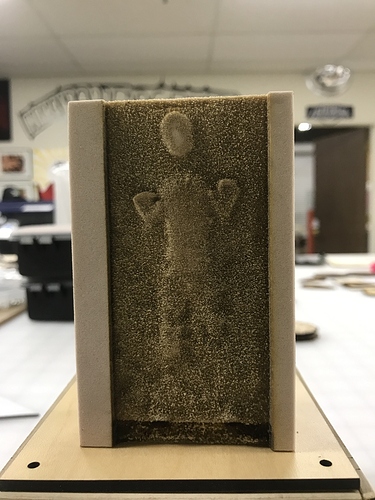 Thanks. Does not look promising. When I get my samples and run them through
the wringer, I will post too…

granted, this is a single test. source file was questionable and settings are semi-arbitrary.

@jbv Do you know the density of the material in your test piece?

My mom used to be a kindergarten and preschool teacher, and in some of her schools they sprayed products like no-burn on the curtains in the classroom. Its basically a fire retardant spray that you can apply on fabric, unfinished wood, paper, pretty much anything that’s a little porous. It leaves, like, a thin film on whatever you spray it on. Its supposedly water based and nontoxic, but I dont know if it would be laser safe. I remember one teacher saying it was just water and baking soda (which does seem possible with the film it leaves), but I dont know if that is true.

Plus side would be you could spray your material lightly and let it totally dry before lasing - so you wouldn’t need to put wet stuff in the glowforge. I’m also pretty sure you could just brush off the residue it leaves with a little effort after everything is cut. Downside, I have no idea if its laser safe and its more expensive than water. 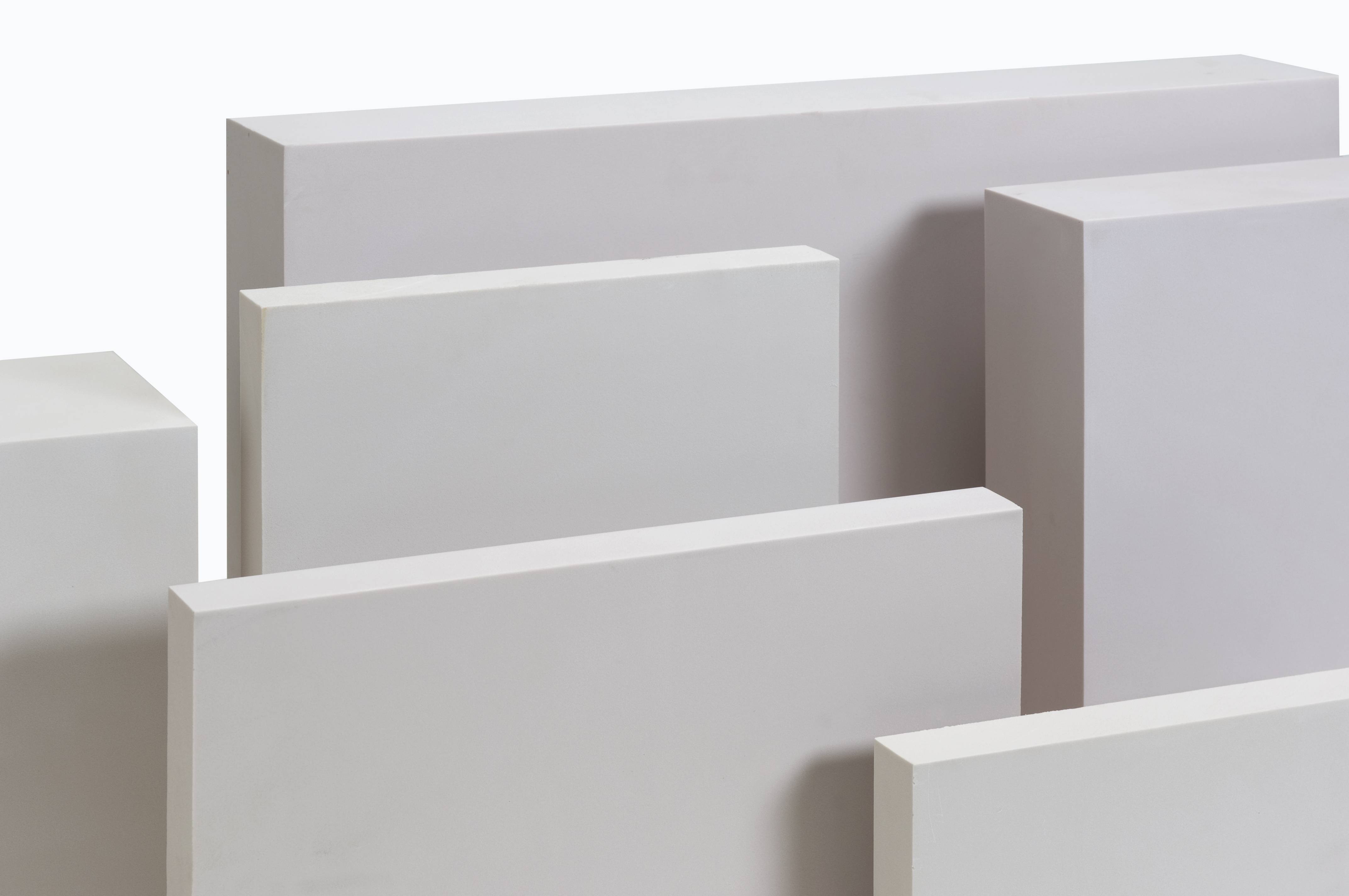 High density urethane for low temperature applications. Precision Board HDU PBLT is easy to machine or carve into any shape imaginable. Made in the USA.

I ran some simple tests on 18lb Sign Foam and posted in the sign foam thread linked at the top of this thread.

just saw this in a mailer from coastal: trotec speedy 400 working on some PBLT-15 (with video). 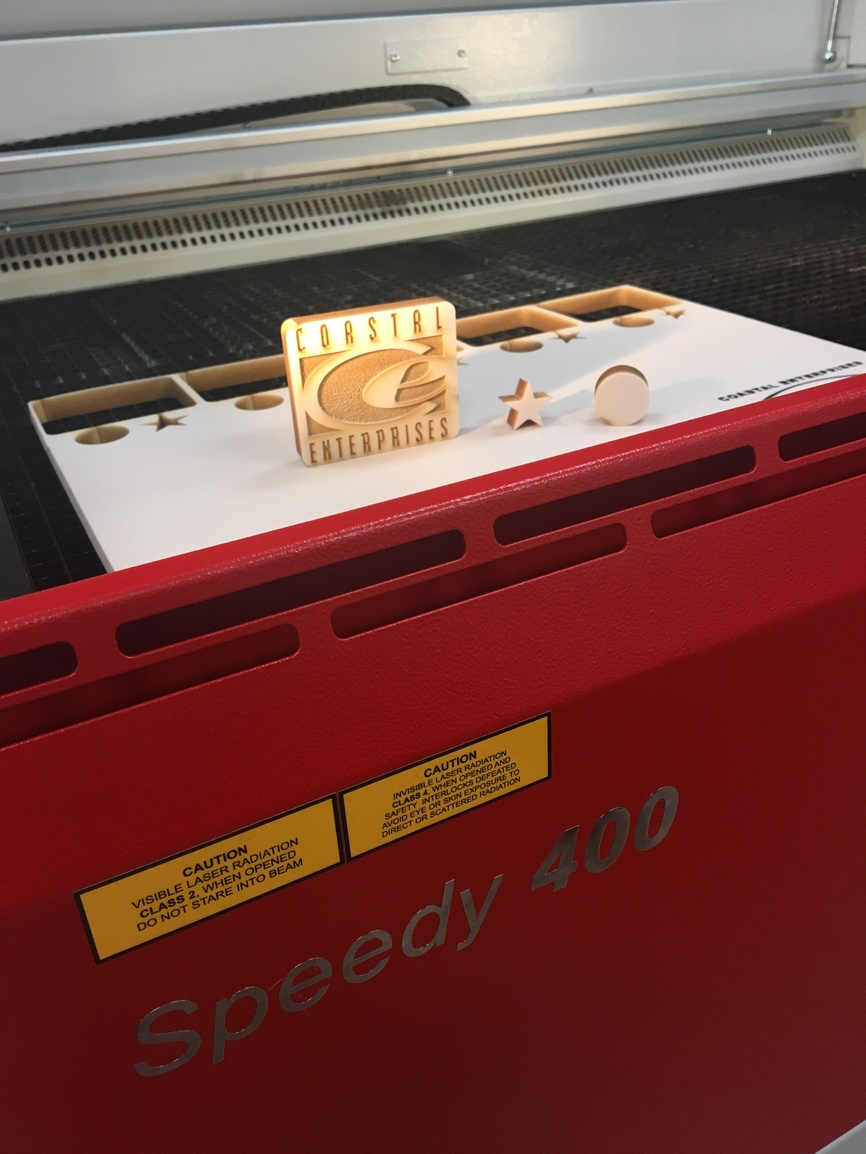 Trotec Laser cut a variety of shapes and logos out of Precision Board PBLT-15 HDU, including a highly-detailed relief. Read our blog for settings and more.