I’m a newbie and I have read the forum to nauseam. Maybe I missed something?

Project is to engrave a logo and persons name on a cedar notebook. I need to make sure this all lines up perfectly. So…

I was going to cut a trace outline of said notebook and that way I would have a specific place to place notebook and be very accurate of the placement of graphic to be lasered. 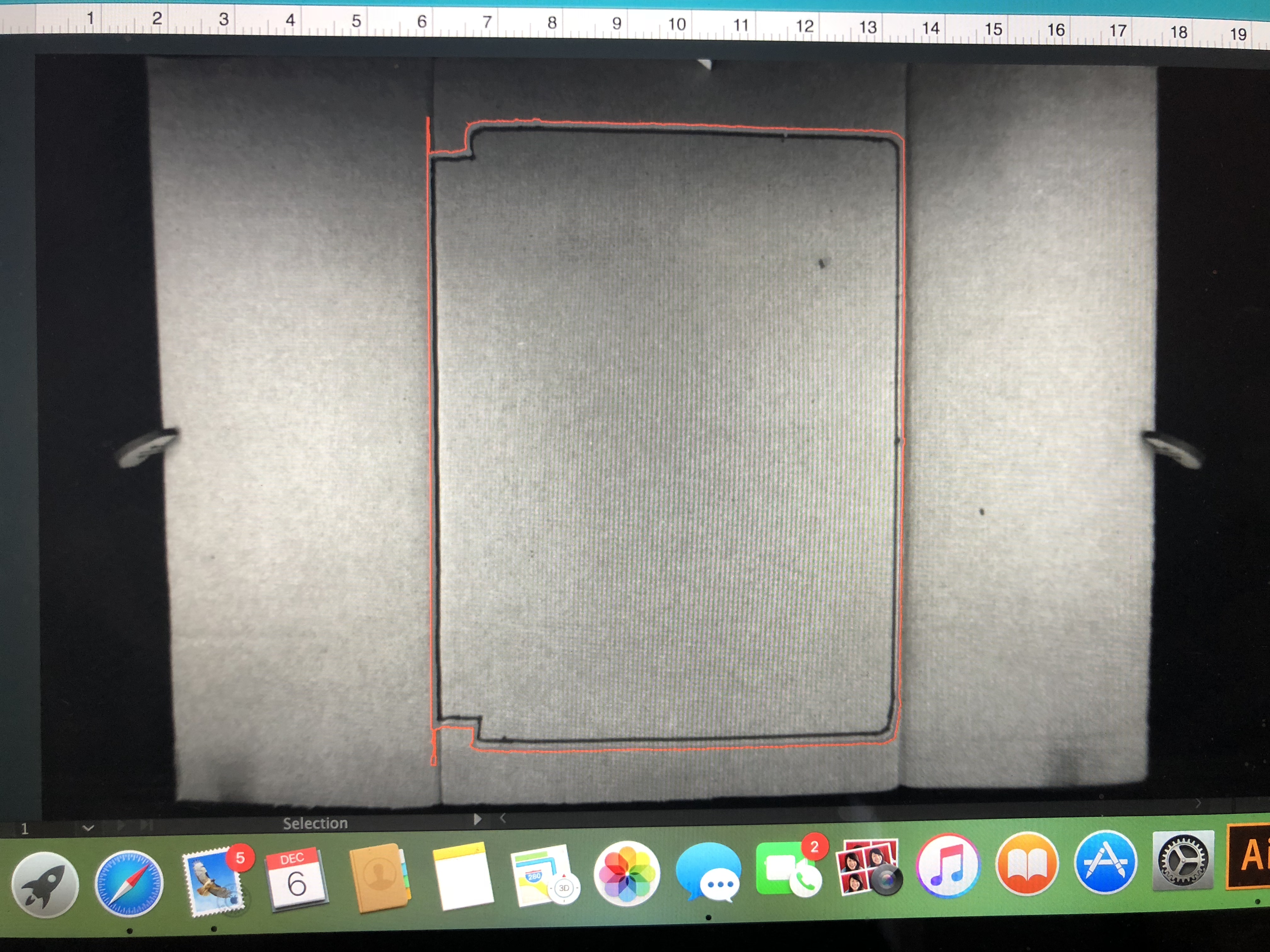 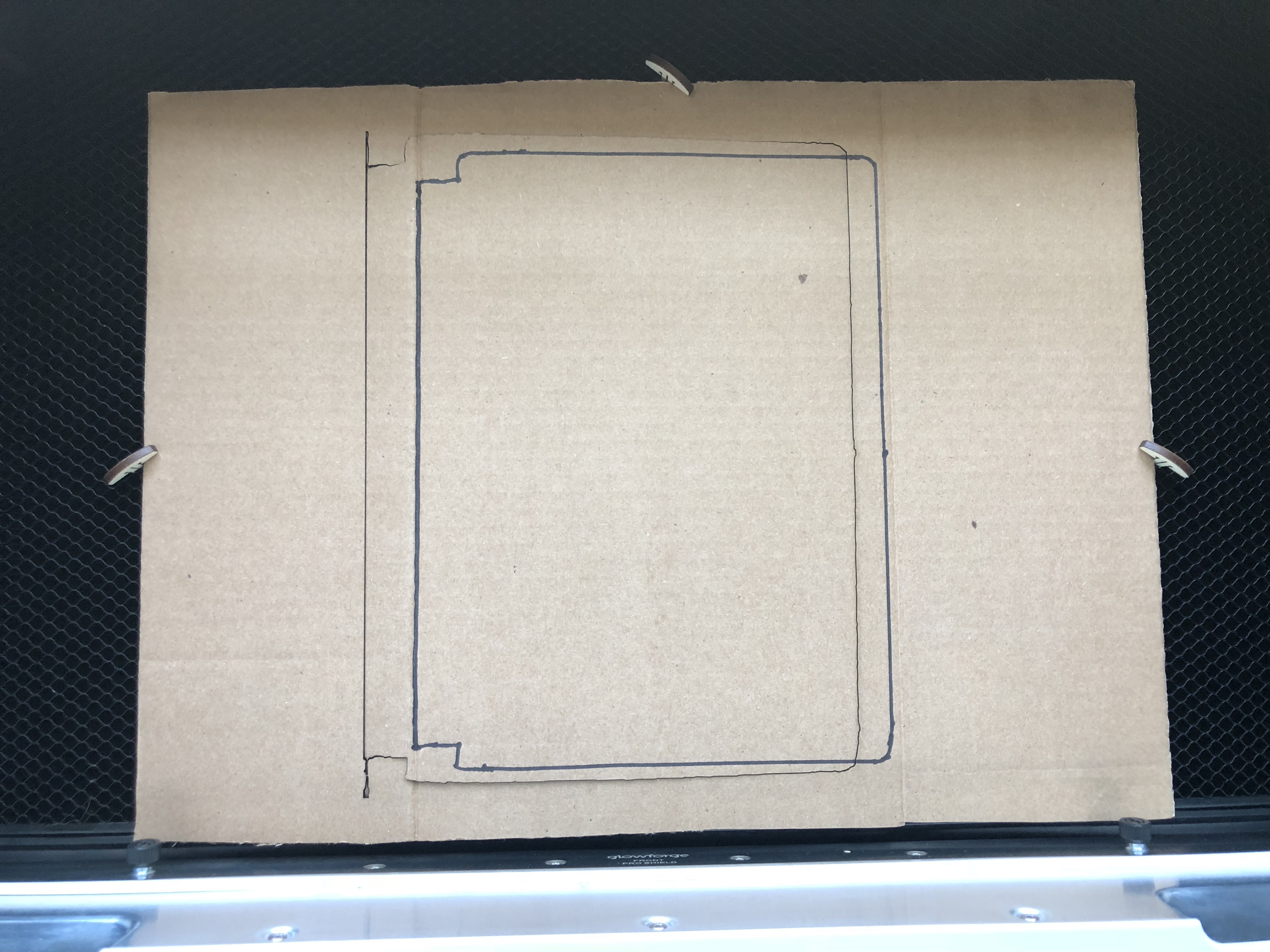 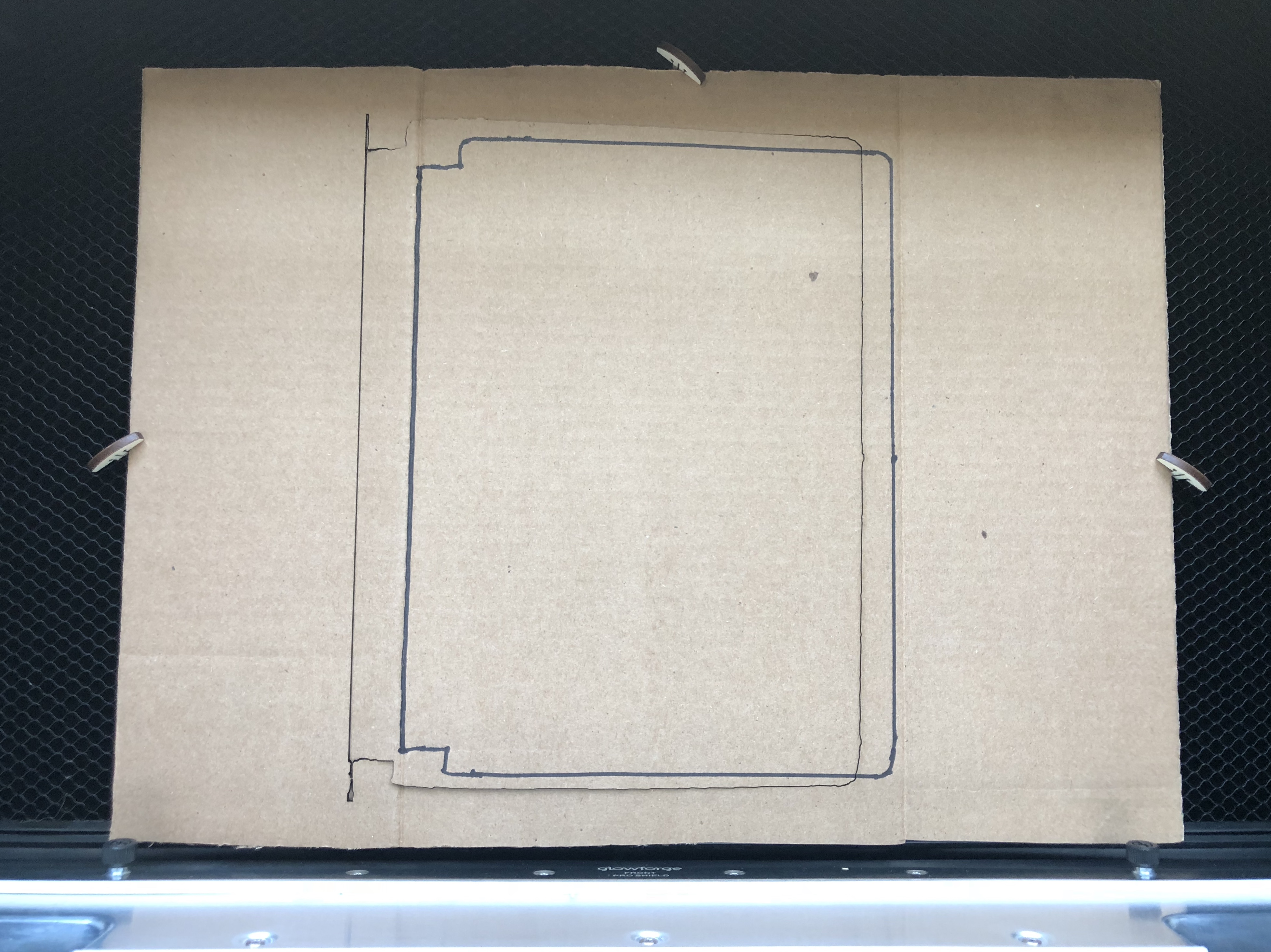 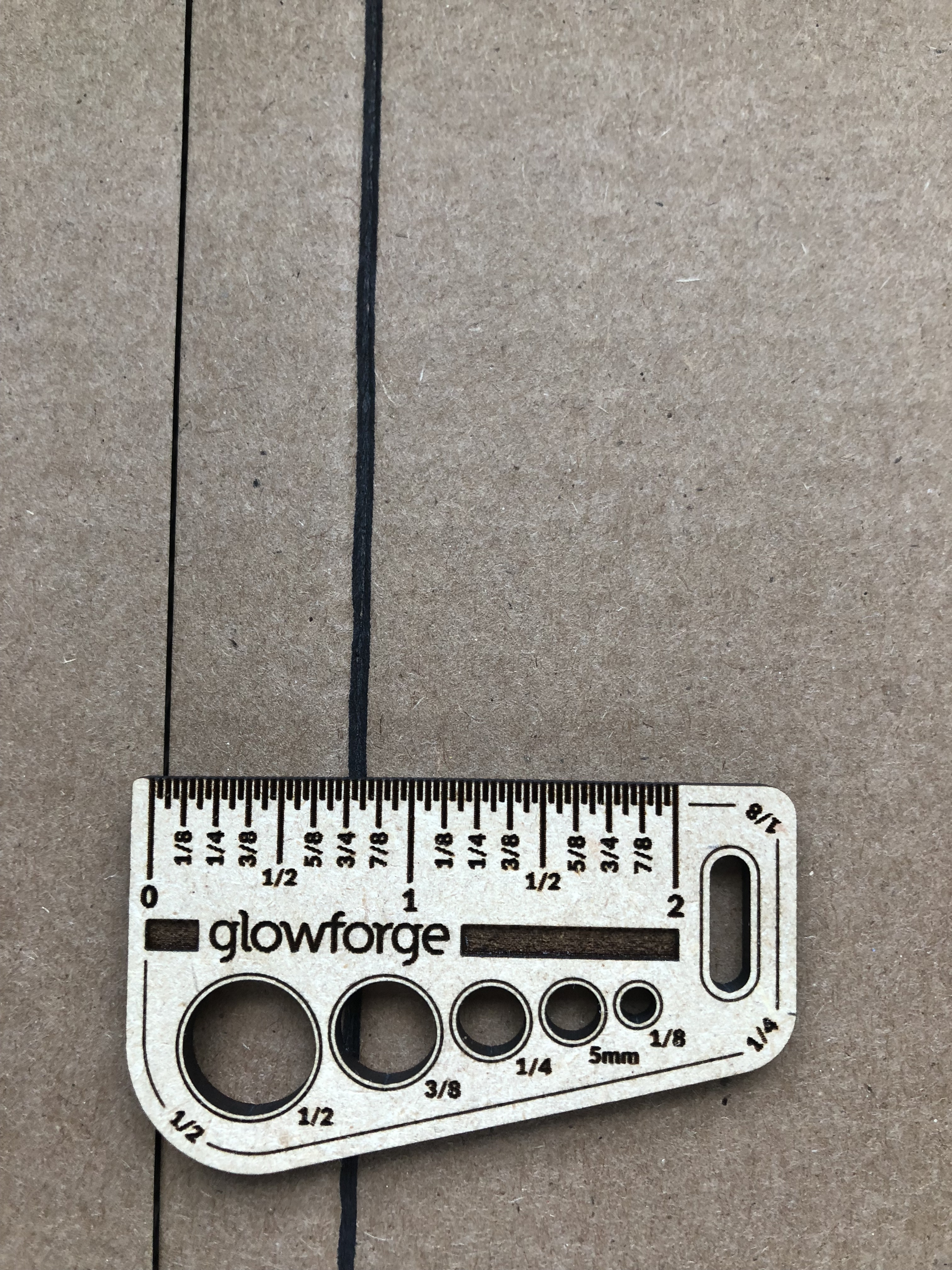 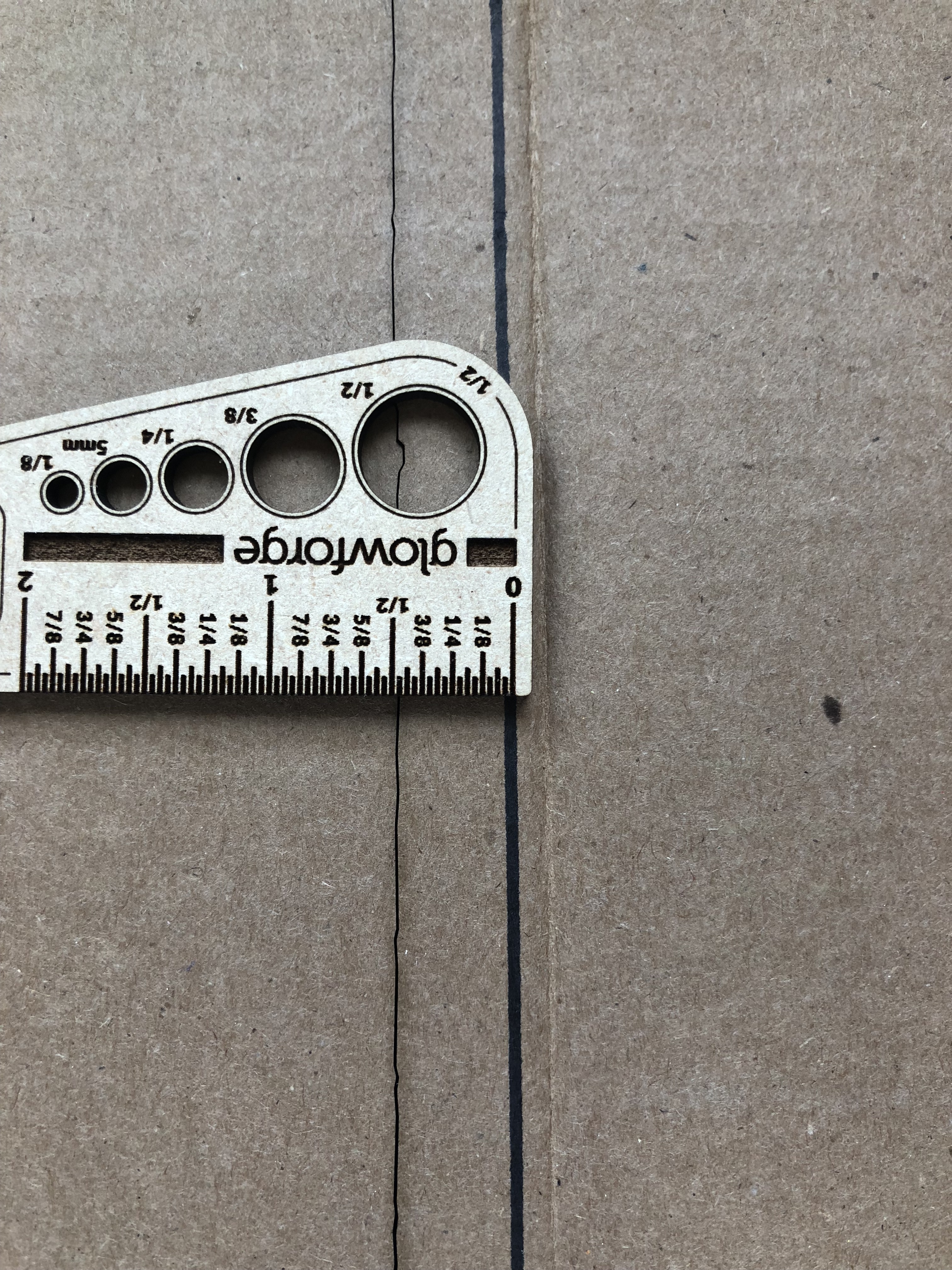 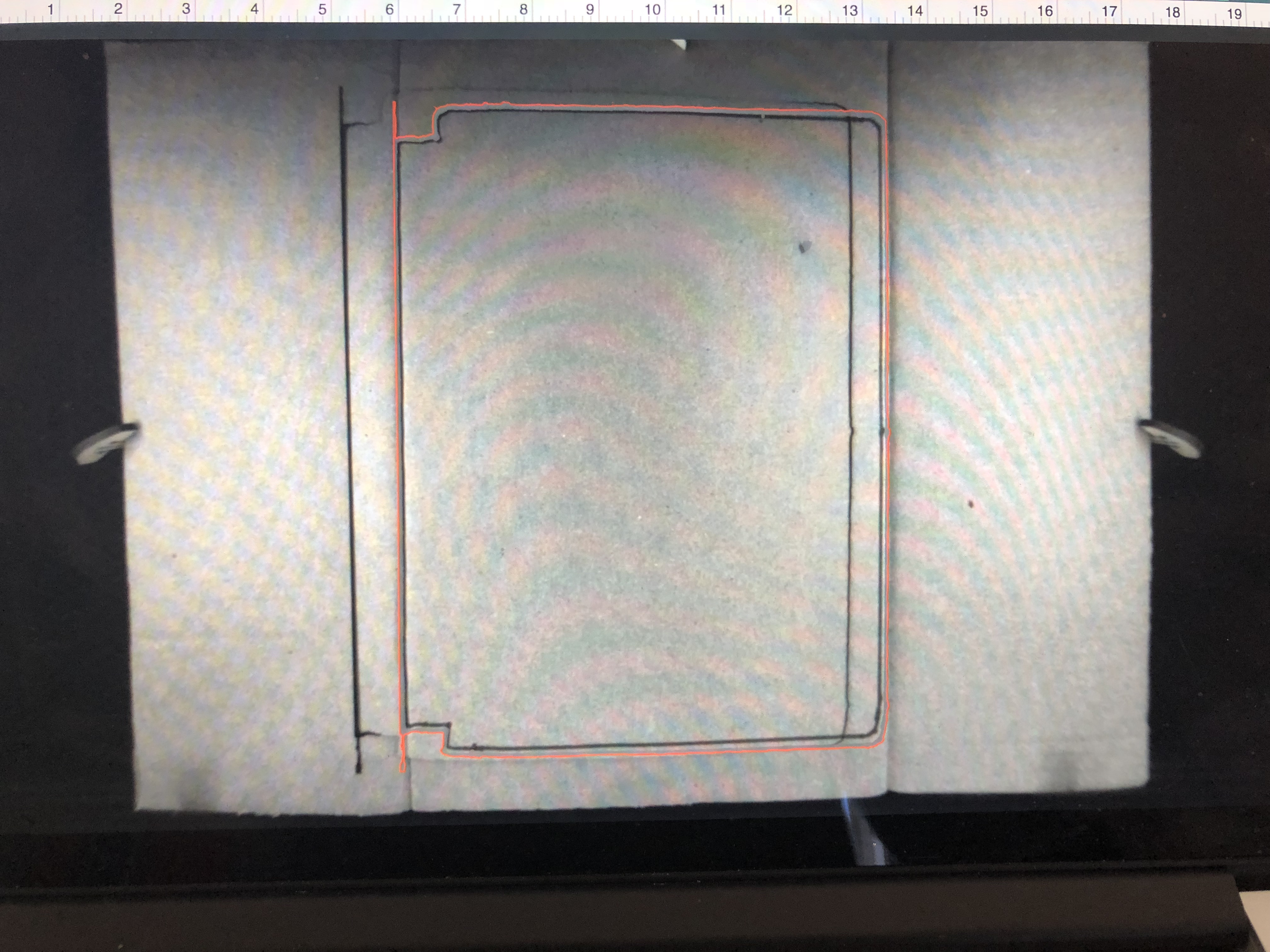 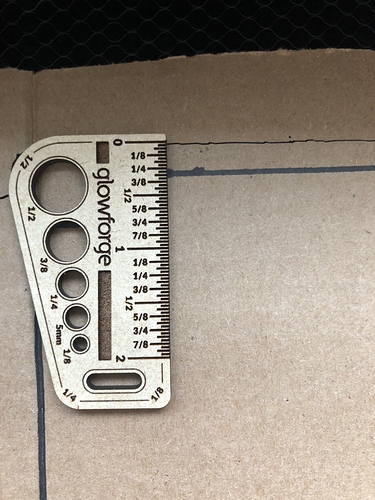 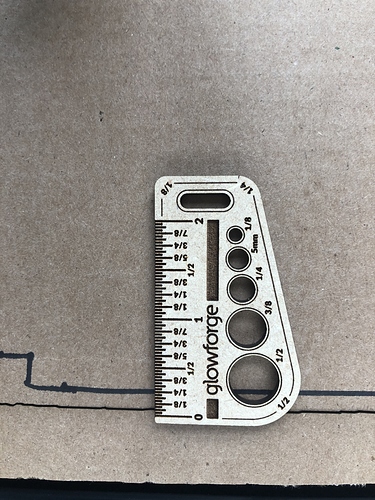 Anyones help is appreciated. Thank you

Were you very precise in entering material thickness for the cut? Since you have read the forum, you have probably already seen this post, but it has helped me so many times with alignment: A way to improve object placement

Make yourself some rulers that match the marks in the UI. There are plenty of samples shared here. When you cut and score those, you will now have guides that will give you perfect alignment when you use the reference marks in the UI.

Thank you! I haven’t seen this and will try it, so many posts on the site, in which have helped me out in other ways!

I was precise and used digital calipers to take thickness measurement and inputed the info into the setting prior to cut.

Hmmmm…okay, let me see if I can explain it to you…there is a slight variance in where the cutting happens from where objects appear to be located on the screen. You can see that in your example above…the actual cut is approximately 1/4 inch to the left of the view shown on the screen where the design is placed, correct?

So here’s what you need to do…when you align your addition to the trace, align it to the Pink Preview on the screen…not the results on the cardboard. When it prints, it is going to print the same 1/4 inch over, and it will land right on the center of whatever object you drop into the hole.

As long as you:

Doing that causes the relative distances between the design elements to be maintained. (It’s called creating a jig.)

Does that explain it? (We’ve got tutorials that go into more detail if you need them.)

Okay your images didn’t load, but it doesn’t matter.

1.Start over with a fresh piece of cardboard and a fresh trace of the notebook. (Just the drawing on the cardboard.)

That’s it. It sounds like a lot, but it really doesn’t take that much additional time, and after you get comfortable with the idea of aligning design additions with the pink preview, you don’t need to perform that middle test on the cardboard cutout.

Tutorials that deal with this are here:

(Jules…your responses are so spot on and all encompassing, it never ceases to amaze me)

I still remember what it was like to be brand new and squeaky!

(Seems I spend most of my life learning something new.)

Since this problem is being seen on materials that were purchased from another company, we can’t offer support for prints that don’t come out as expected. I’m going to move it to Beyond the Manual so other folks here can help. Should this happen with a print on Proofgrade materials, please open a new ticket in Problems and Support and we’ll help you right away!

I still remember what it was like to be brand new and squeaky!

I vividly remember that, too…but, my growth still lags behind you and many others…whence comes the ability to teach, and teach well.

Thank you very much!

Yeah, TimeHop has been popping up reminders from early projects for a little while now. But I kind of dove in head first into the deep end. I’m still anything and everything that’s laser safe and fits, when I have the time to burn.