A way to improve object placement

Here is the method I use to compensate for the slight offset I currently experience with object placement. This method will probably be obsolete when precision alignment is available but in the meantime it can help if you want exact (or at least extremely close) placement of artwork on the bed.

Upload it to the GFUI. Set up a score. 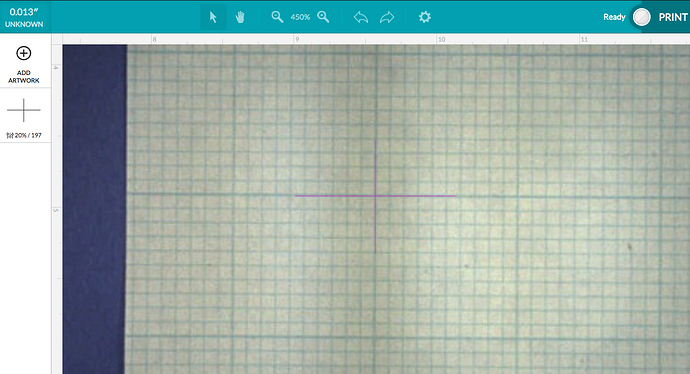 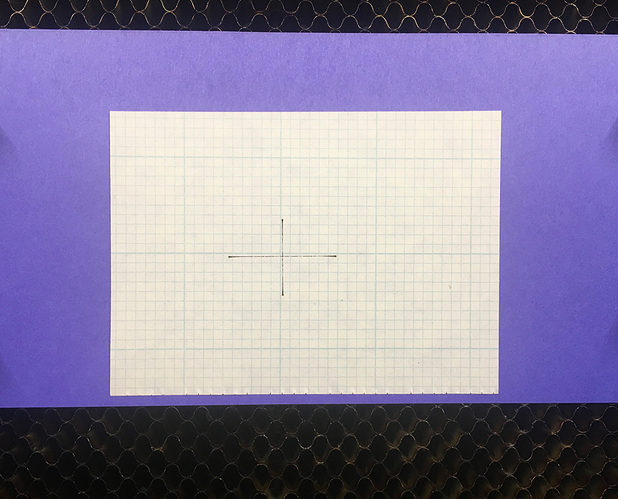 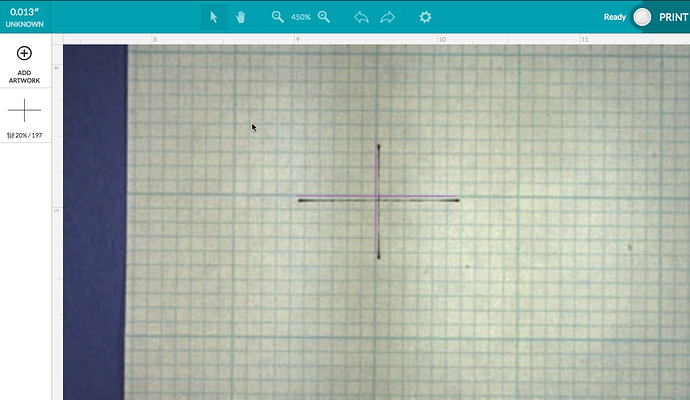 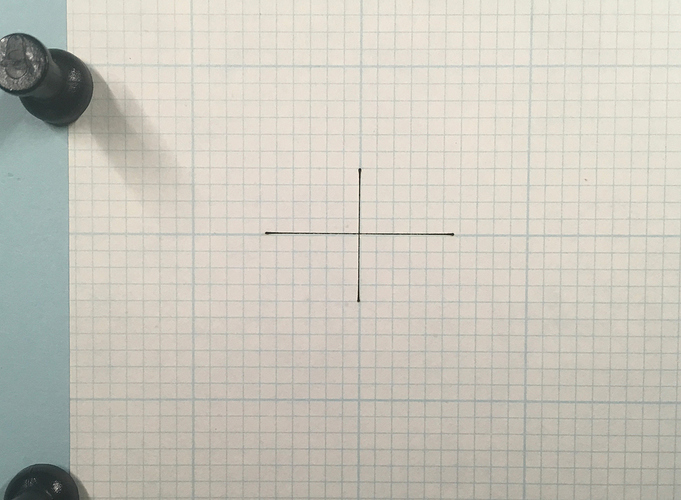 I have found that this works extremely well with anything centered under the camera. In fact, in my machine I have found this to be fairly consistent across the bed, so if items are placed precisely right under the camera, they are also pretty close much further away. Here is one example: 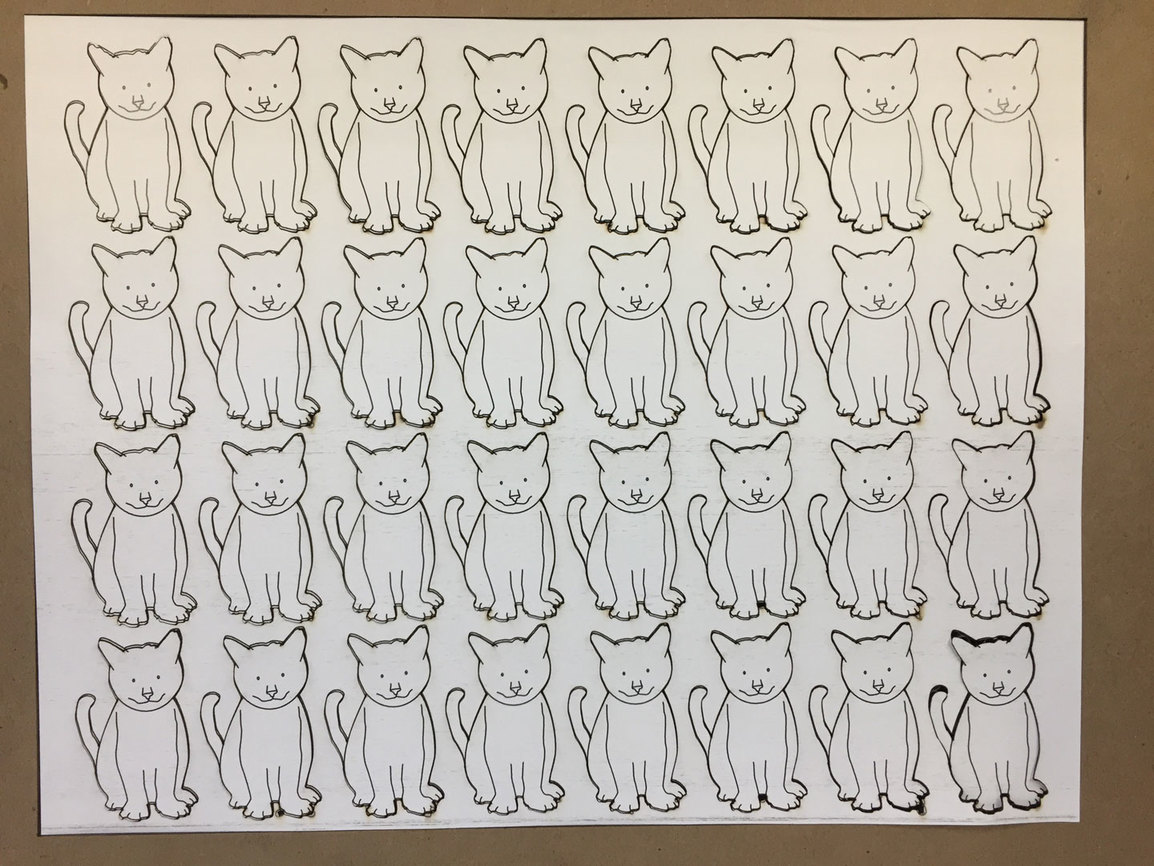 In this case the cats were pre-printed on card stock and the cut outline was placed over the top, with the cat closest to the camera positioned as described above.

I hope this helps someone!

131 Likes
Can I align to pre-printed materials?
Aluminum bottle opener, too tall, alignment fail
Blurry Camera
Accuracy question
Another new material for me
Cuts more than 1/4" off / warp in preview image
Alignment / Fisheye help
GF day one
Cut Registration and Tracing?
Trace Tool Alignment Error Question
Close But No Cigar
Couple of quick questions
Shining the light on alignment
Off-centre for laser engraving
Laser Cut and Scan Problem
Issue with either cloud based system or laser (wont cut the drawings)
Accurate positioning of cut over artwork
Laser Cut and Scan Problem
Positioning off from preview to print
Trace calibration is off
Preview totally different
Brand new
Camera Calibration Community Discussion Thread
Significant offset between preview and actual cut
Print alignment is off
Got myself on the tile kick
Cutting Out Pictures
Adding a cutline
Laser not aligning with artwork properly
Cutting pre-printed sheets
Dice alignment with jig
Dice alignment with jig
How Do I Cut Around Pieces of an Image For Alignment of a 3d Art Application?
Help Please!
Pass through slot and cutting paper
Red cable getting caught on heatsink
Cutting pre-printed sheets
Alignment Error Map - What is acceptable?
MY alignment issue, as a separate thread
Camera Alignment
Is GF positioning not supposed to be perfect?
Improving Alignment of Pre-Printed Cardstock and PDF Cutfile
Wood pins with color
Alignment issues still post calibration
Buttons and etching a leather iphone case
Misaligned prints
Misaligned prints
Trace and alignment WAY off
Trophy and Proofgrade Acrylic thickness
jbmanning5 June 24, 2017, 2:13am #2

You just sighted in a scope.

It seems that it’d be quite possible to put together a software fine-tune calibration that would remember that offset. Cameras do it for front/back-focusing on individual lenses. I’m sure there are many other examples. Hmm… only potential issue would be the fine-tune needing to be recalibrated in the event of imaging updates from GF.

Great explanation! (Added to the tutorials!)

I use two different draw-on-the-screen devices, and they are both calibrated pretty much the same way - you touch the center of crosshairs in various points around the screen. If you change the angle of the screen, sometimes you have to recalibrate it. But it takes, like, 30 seconds.

Is that sort of what you’re thinking as far as a software fix? Like, a little test to set the accuracy, and then the program tweaks things accordingly and remembers it?

Awesome figuring that out…im sure it is very helpful

those cats, btw, are still so stinking cute

another way to do this is to include the dimensions of your material in your SVG, and run a score of the that object first on some tape on your bed, then put your material exactly on top of that. Then ignore that layer in the design and engrave/cut the rest and it will be almost 100% perfectly aligned with the material

Yes, ma’am! That’s exactly along the lines of what I was thinking. We calibrate all methods of imagery to displays, so why not this? It’s just a software tweak to match the screen to the hardware.

You’ve nicely formalized the Kentucky windage I’ve been using since my day one. I’ll bookmark this for when I need to be dead on.

BTW, I used “Kentucky windage” in a note to @Rita and it sent her off to Google. I had thought every red-blooded American knew that term but obviously, I was wrong.

(trots off to Google…)

Ooooo, I like your way too, especially for large things!

Attach a piece of graph paper (here I’m using 1 inch grid divided into tenths) to a piece of card stock and measure the thickness with calipers (here I measured 0.013").

I have found it’s a bit different depending on the thickness of the material so I did two - one for the bed (paper on top) and one for 1/4". There’s a click difference on my machine.

Nicely done. When I was making something this morning I tried something like that, only I forgot you have to go in the opposite direction…

Oh, there is a problem with placement? I did an engrave on leather today and it was way off center but thought it was something I did wrong.

Did you enter the correct height of the leather into the Unknown Materials slot? (If it was not Proofgrade leather?)

Having that correct height measurement in there can really affect the placement results with the lid camera.

cc @rita in case I got some of this wrong.

Having that correct height measurement in there can really affect the placement results with the lid camera.

Yup, a lot of people are not getting this, it needs to be emphasized. A $20 pair of digital calipers works wonders. A couple of thousandths, not a big deal but enter a number that is way off and focus and registration goes to hell.

Could this be fixed by using the head cam to home to the same exact spot every time?

I only have Proofgrade materials right now. I used the teardrop keychain pattern from the catalogue and cut that shape out. I just left it in there and let the system re-read the bed again then placed in my image to engrave just like I had done with the proofgrade maple.
I hit the print and off it went. The pre-render thing looked off but by then it was already lasering and too late to save it so just let it finish. Was really just proof of concept really to see how it looked.
A previous one I had done on maple centered perfect. 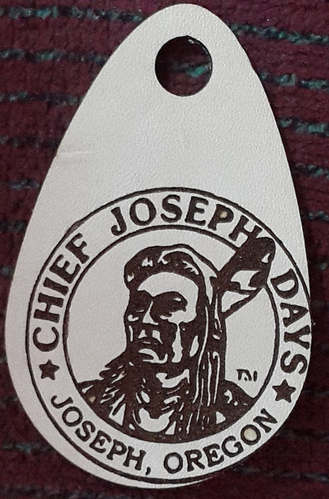 Instead of cutting the keychain shape out first and then trying to add an engraved image to it afterwards, try this instead…

Open the keychain file and immediately click the Add Artwork button to import your image. Resize the image and place it inside of the cutlines shown in the file, and center it there as well as you can. (Use the zoom to get good placement.) Then take both the cutlines and the artwork and run the job at the same time, engrave first, then cut it out.

I think you’ll like the results a lot better. It helps to get the relationship between the parts set up before performing the operations.