Help with forcing my passthrough to work

I’m working on making a present for my brother in law, His daughter bought him one of those Bottle cap maps of Michigan last year but only got the worst part, the Lower Peninsula AKA the mitten.
So I’ve decided to make him the better half AKA The U.P.

I’ve read through this thread in Tips and tricks: Passthrough Alignment Tutorial with Manual Indexing
But am still struggling due to my inexperience in Inkscape let alone any other design software.

Here’s where I am so far. I’ve got the peninsula to scale based on the map he already has and have placed my cut outs for the caps. I believe I will do a double layer of ply on the map to help with sturdiness and maybe prevent warping. I may remove some of the cap spaces so I can spread them out a little more. 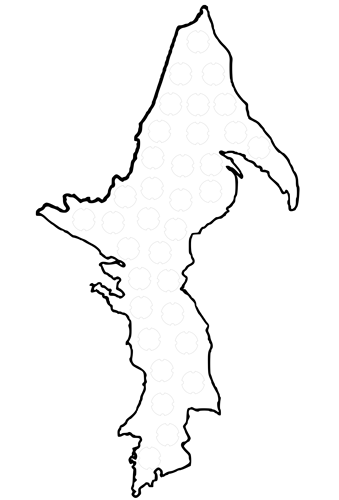 Anyway, I’m having trouble grasping the whole manual pass through idea. Also can’t for the life of me figure out how to cut it into the appropriate size sections using inkscape. Any direction or asssistance would be appreciated.

Not sure how much help it will be since it’s also explained in Illustrator, but i did explain the process slightly differently here:

Okay Bullet Points: (going to demo in Illustrator again, but it should work the same in any drawing program): Everything starts in the file…say I want to cut a 12 inch oval frame Draw a 12 inch high oval in Illustrator and use Offset Path to create a smaller center oval. Cut the ovals exactly in half, using the scissors tool on the side nodes. Make the top two halves one color, and the bottom two halves another color. [PT test c] Group the top two halves together, and the botto…

This method uses the freebie indexing sticks file in the first post of the thread, instead of a disposable side jig.

You might have some trouble cutting the thing into parts with Inkscape since I think it tries to close paths, but I’m not that familiar with it…it will probably involve a lot of Break Group functions on it. But whatever size you decide you want to set up your sections (under 10", which is the limit now), be sure to process a set of the index marks before each phase when you run it in the GFUI. Everything else needs to be set to ignore when you score the index marks, then process one section, then shift the board up, then process index marks, then process another section, then shift the board up…etc. Always align the marks when you shift it and you should get a pretty good result. (And you align them with your eyes, on the material on the bed, not the camera or the interface.)

Good luck! (Try something simple first like the one I demo’ed)

I’m completely incompetent… for the life of me I can’t figure out how to cut the oval in half. No amount of google searching has helped. Time for a break, I’ve got to glue up some wood for a bowl blank. Nothing like waiting till the last minute to make those presents. 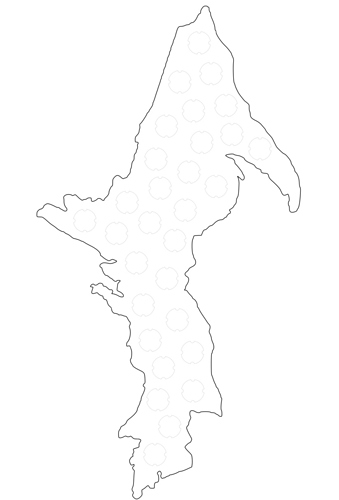 I think it’s a vast improvement.

It’s not as easy in Inkscape. 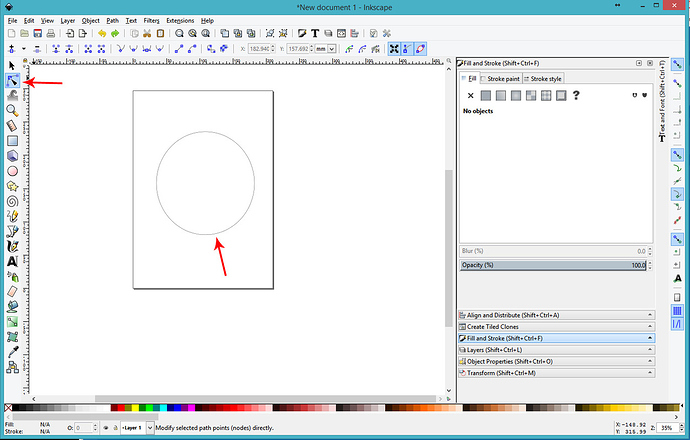 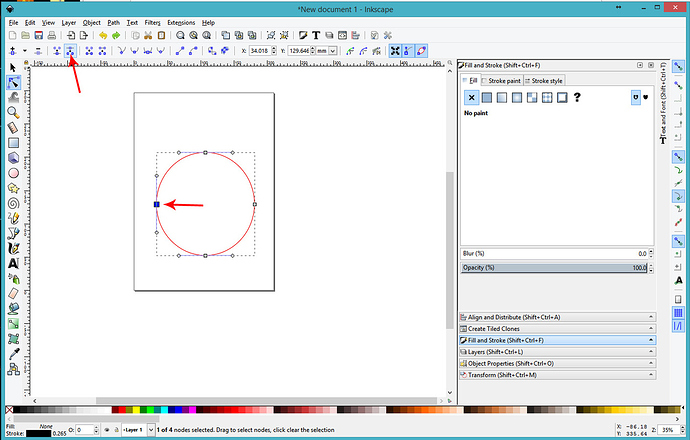 They turn to little diamonds when they have been cut. 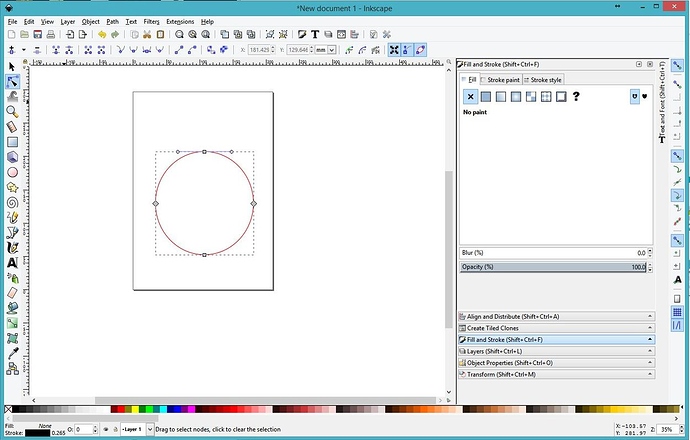 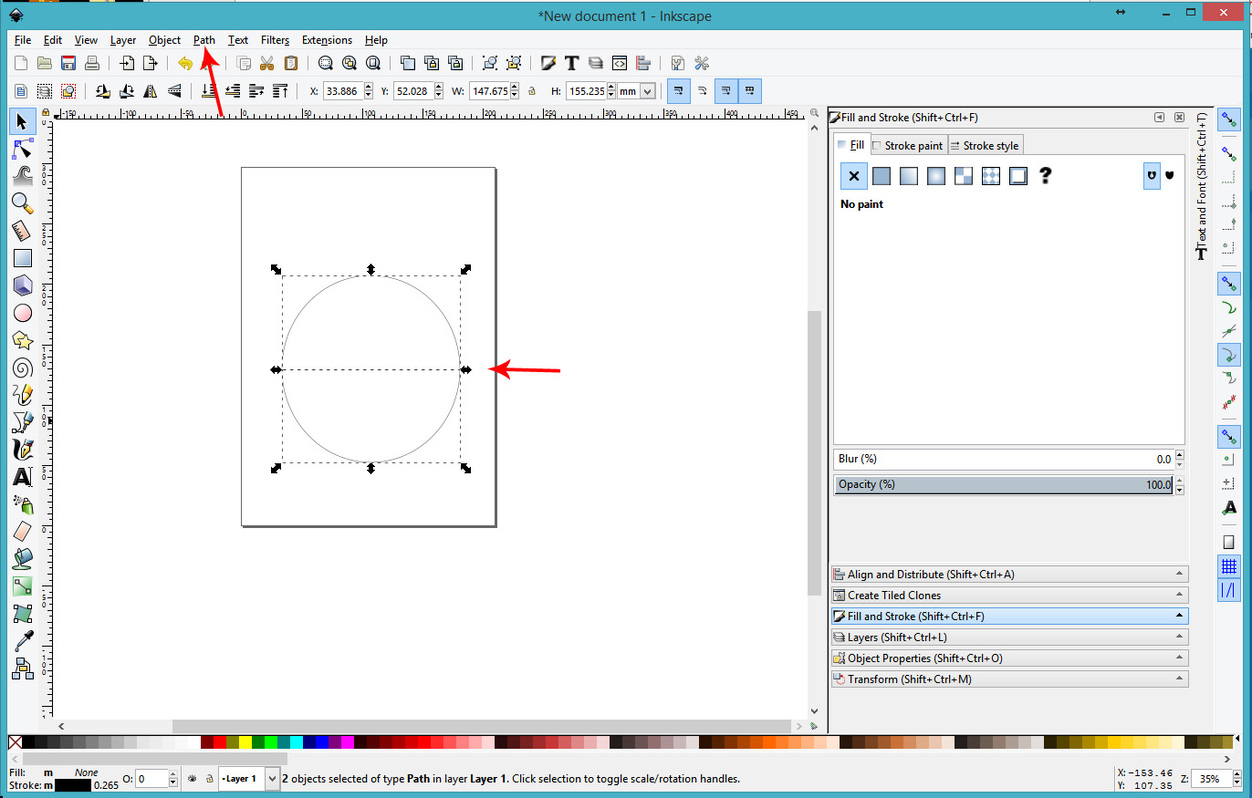 Now you can use the Alignment tools on the two paths. Remember to change the stroke color of one of them. 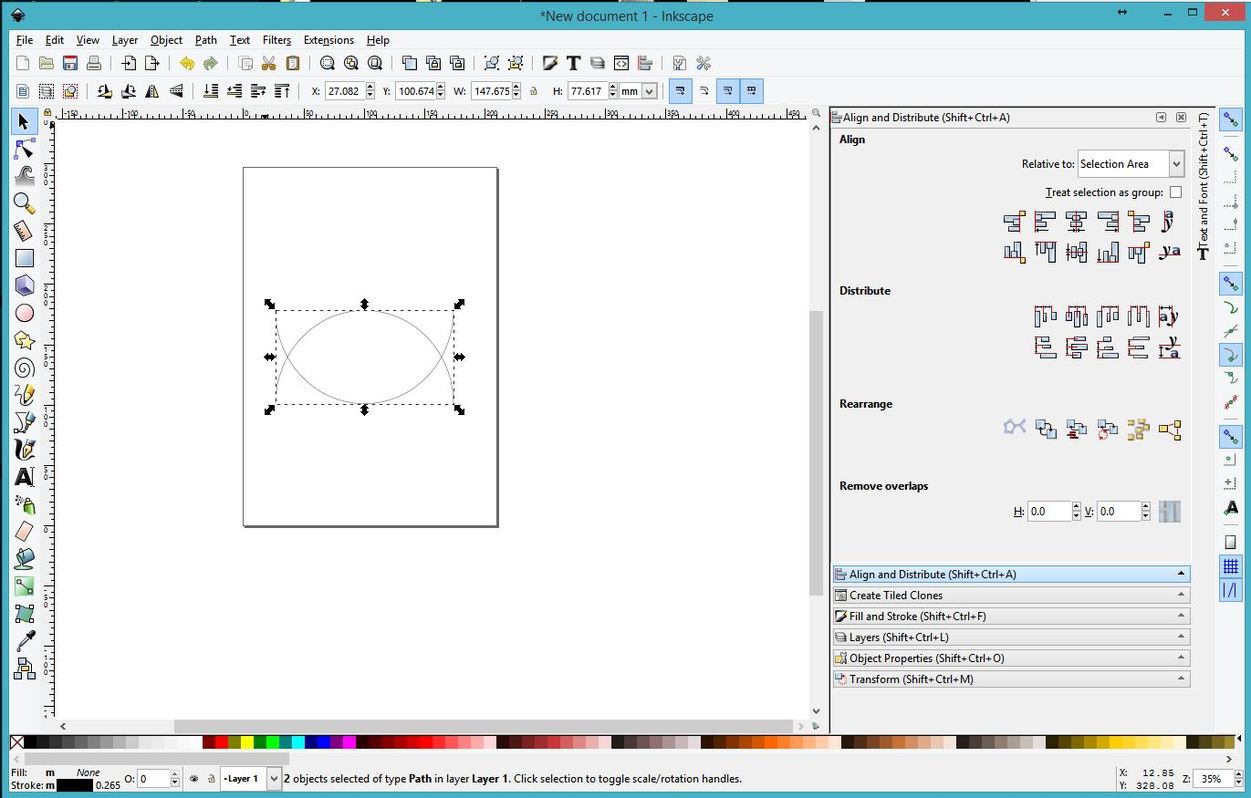 only got the worst part, the Lower Peninsula AKA the mitten.

So I’ve decided to make him the better half AKA The U.P.

Some of us, like me, are both Yoopers and Trolls!!! When we get beer related maps, they include both peninsulas!!! 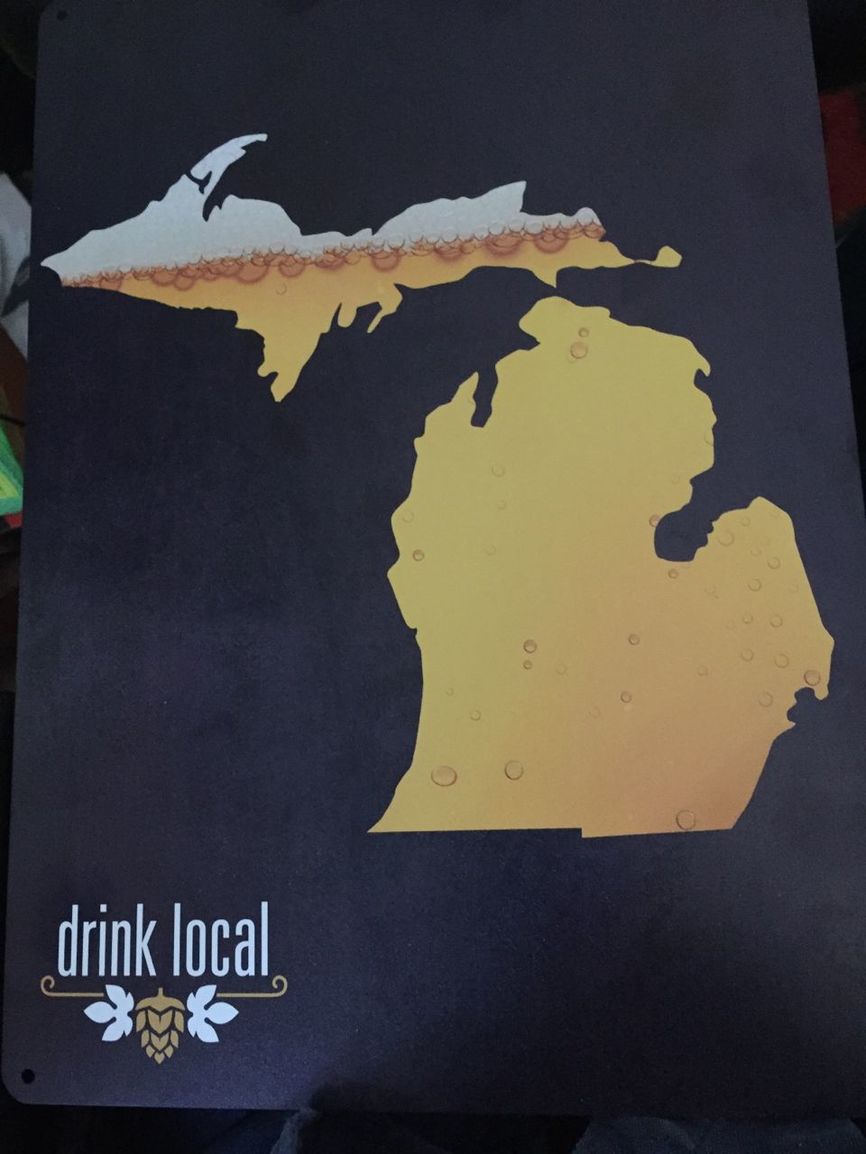 P.S. For people not familiar with Michigan, a Troll is a person who lives under the Big Mac Bridge in the lower peninsula of Michigan

Thanks! I managed to break(cut) the oval. haven’t done a dry run cutting it yet.
As you said I think the map will be more challenging. I Wonder if it may not be easier to bring it to another program.
Export it as a pdf, break it up and re-import. I suppose I’m just asking for trouble with that.

@timtsuga The comments as I hope you guessed are mostly tongue-n-cheek. I married a Troll. She’s from Taylor. Her sister and brother in law whom the map is for are in Howell.

I married a Troll. She’s from Taylor

Small world! I’m from Taylor, too.

Well, I’ve successfully cut a 13" oval in using the method Jules laid out. my lines were just a bit off but I attribute that to 2 things.

Still struggling with breaking up the map.
Just can’t get my head around what to do and when. Probably should follow some tutorials from start to end a couple times.
I think my wife gave up on me and is mailing the rest of the presents for her sisters family out without this…

Do you have the original vector file? What I’ve done in Inkscape is:

You’ll still need to make registration marks of course. And you need to delete the line it makes at the intersection, but that is simple enough.

The method described by Jules is probably more accurate. I can’t remember if you have to take line width into account or not for the above, but if you make the stroke width on the line very narrow and can live with being off by a bit it’s quick.

I’ve actually tried that also on my current file and it does absolutely nothing. I can’t understand why. I’m going to start from scratch tonight, brand new file. I’ll try to split it up before doing any other manipulation.
I’ll have to just try to place the spots for the caps a little more strategically to avoid the splits.

This reply to the tutorial I wrote to which you linked in the first post suggests a tool for AI that cleanly cuts through a design:

Nice tutorial! I’ve been a HUGE proponent of a cheap Illustrator plugin from RJ Graffix for cutting up vector Illustrations for passthrough sized pieces. http://rj-graffix.com/downloads/plugins/#cuttingtools I place a guide and zip the “table saw” tool right along the guide and it separates the design exactly how I want it.

I don’t know if there are similar tools for Inkscape.

I haven’t jumped in here to try and help because a) I’m also a newbie with vector design software, and b) I don’t know Inkscape.