I have a question on engraving

I am trying to get an angular cut like that of a sword blade. I am using gradients for the engrave but they keep coming out rounded. Any ideas? Thanks.

If you are using Photoshop, try using a different contour in your Blending Options dialog. Something with pointy edges maybe?

Have you experimented with decreasing the LPI? There may be some bleed from one line to the next causing it to round.

if it were me I’d fool with curves in gimp/ps. (I mostly use GIMP, so adjust as needed)

** highly theoretical workflow incoming **
Crop out a very small test area of your gradient-ed image. You are going to be iterating, so you want to make this only as large as you need to get a good test to save time and materials.

Engrave your test piece. Look at the actual curved surface you got.

This is where it gets weird and may not work:

Go into your color curves (This is a greyscale image, yeah?)

Draw your curve to be roughly the “reverse” of the curve you observed in your first engrave. That is, if your material curve is slightly convex, make your color curve slightly concave, or vice versa. Make some sort of note or screenshot or something to see exactly what curve you’re using.

Engrave again. Check results.
If it isn’t right: UNDO a few times to get your gradient back to the start. This will be important in a sec. Redraw your curve knowing what you know now and try again. Repeat until satisfied.

I’d suspect after a couple tries you can get the gradient curve pretty dialed in.

Now that you know what the final curve should be (You were taking screenshots, right? RIGHT?), go apply that to your original image. This is why we kept UNDOing between runs, you need to know what a single operation “fixer” curve looks like.

Of course, there is probably a more precise way to save and reproduce a curve, I have just never tried to do so.

In Photoshop, try using the layer effect Bevel & Emboss, - you will probably need to get creative to get the correct shapes filled, but there is an option called the contour which will let you change the gradient to resemble different shapes of bevel/chamfer/fillet.

The problem is that you’re using gradients.

To create a straight bevel, you need a linear depth map.

Personally, I would ditch the gradient fill entirely and blend between lines (Blend in Illustrator, Interopolate in Inkscape). If you’re stuck with using gradients, adjust your fill to account for the non-linear nature of the gradient.

You know, I fiddled with trying to get a more linear blend on the gradients by messing with the positional sliders, but completely forgot about the Blending tool. (Illustrator has got so much stuff in it I’m always rediscovering things, years later.)

Thanks for the reminder!

When I make gradients in Illustrator, they do seem to be linear so long as I set the midpoint at 50%. I’ve done some deep 3d engraves with those gradients that came out as expected.

That’s the key. If you manually set steps in your gradient, you can make it linear (or close enough not to matter. If you let Illustrator create the entire gradient, it will not be linear.

You can see the difference between Illustrator’s logarithmic gradient and a (close-enough) linear gradient in this example:

For the linear gradient, I simply placed markers at every 10% increment and matched the black value to the marker position.

The sample above was created in RGB mode. The same document set to CMYK mode looks like this:

Neat, I did not know this!

Thanks for the info. Sorry for the slow reply nor easter took out the electricity since Friday…

Both my kids’ homes and two nephews’ homes have been out since Thurs night. 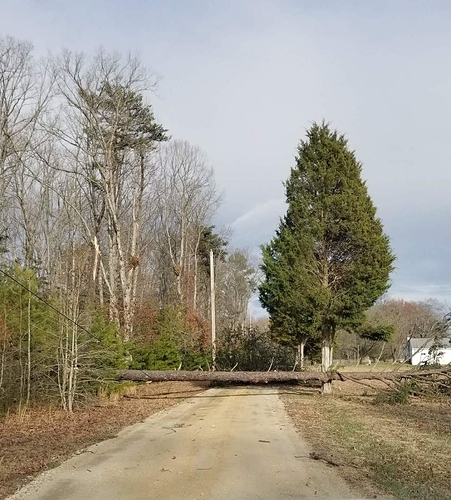 Not quite sure, but it might be a bit too thick make it through the pass through slot.

Give a try anyway

It’s destined for my son’s sawmill first, so you never know.