I know the scanner/outliner is in alpha mode but

I found a bunch of little tiles in Lowes with a lot of neat designs that I thought could look amazing as engravings using the scanner capability directly rather than scanning them and going through Inkscape. What I found was very disappointing. Not only was there no way I could find to choose what level of gray to pick as the outline, but it kept finding detail in smooth lines that was not there, and totally missing larger bits that were there.

So OK finding outlines is very imperfect, but taking a photo just like an uploaded photo aught to be easy… But no the engrave is just engraving the already bad outlines to a single level, so again it is the same issues. Just using the photo alone as it would any other photo, which should be very easy, and would be a huge improvement.

I fully understand that you don’t want to create the software to do complex manipulations, and perhaps not even show your hand in outlining, but just exporting a jpg of your scan should not be that hard, and then leave it to us and our programs to go from there.

Hear are a few examples I made with both parts shown: 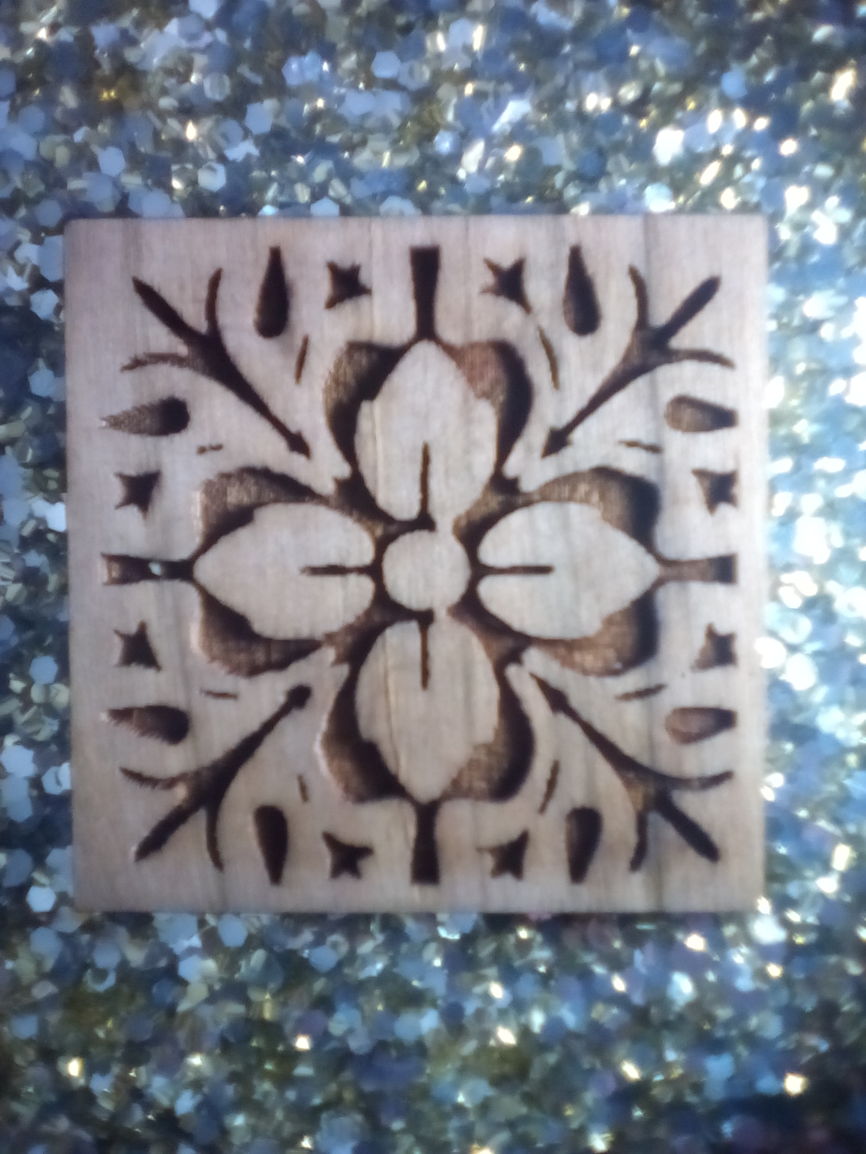 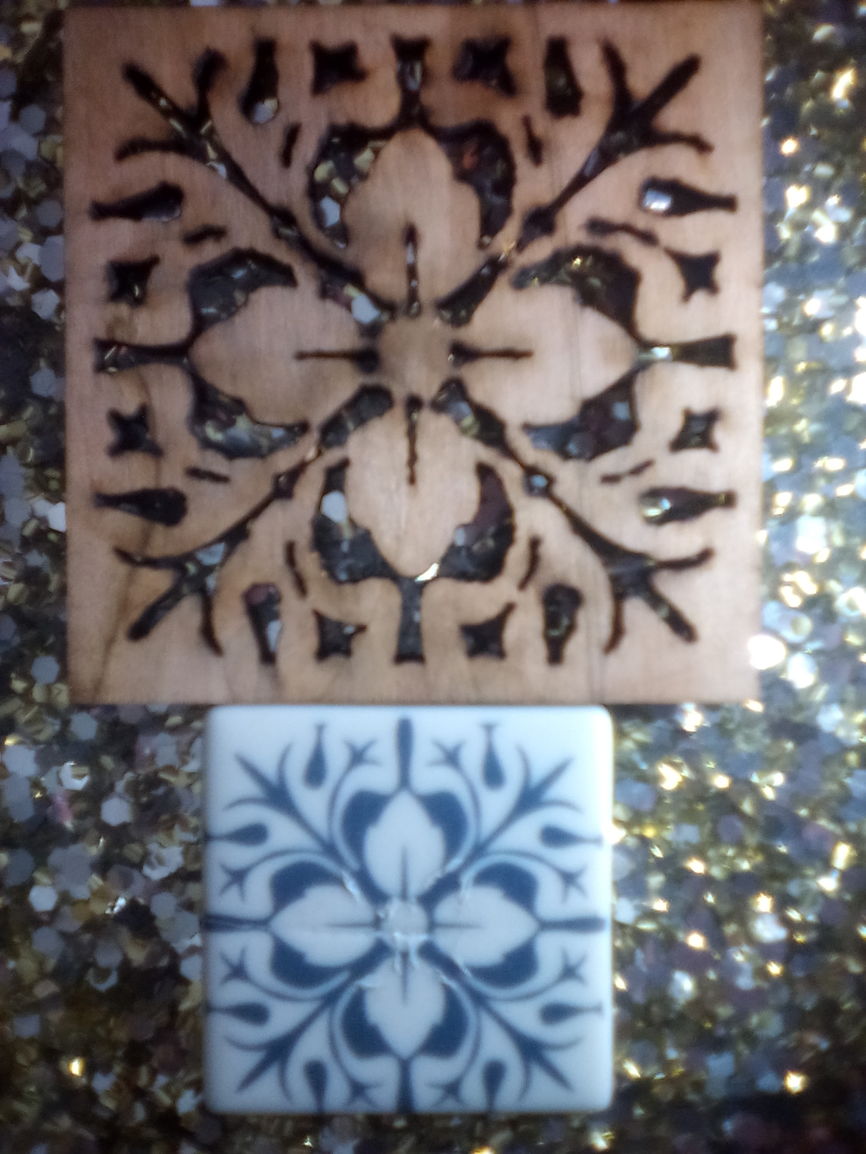 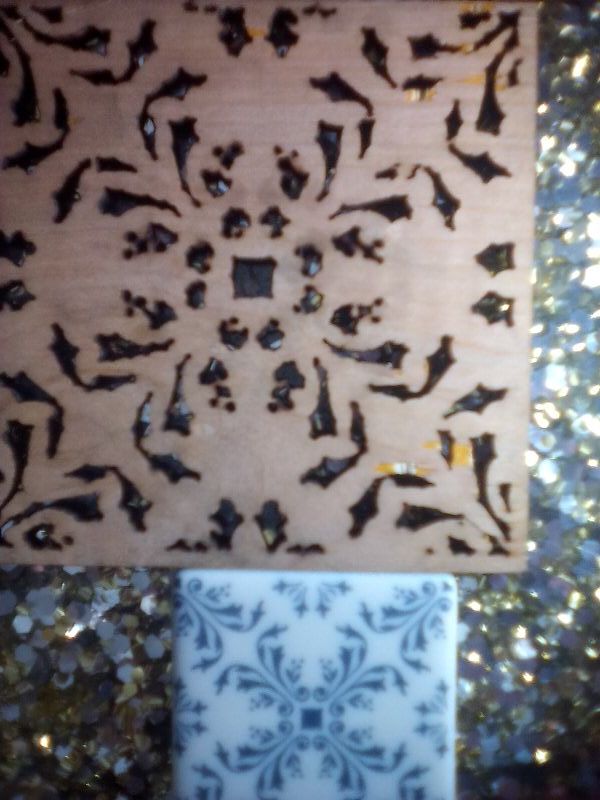 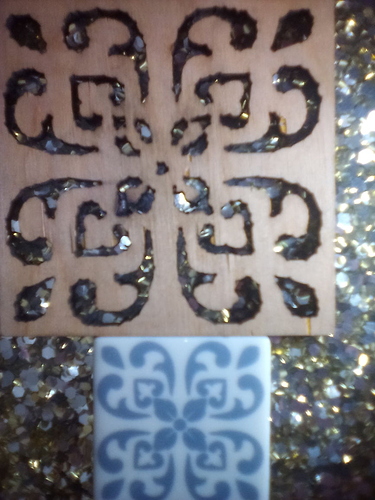 And this a total fail 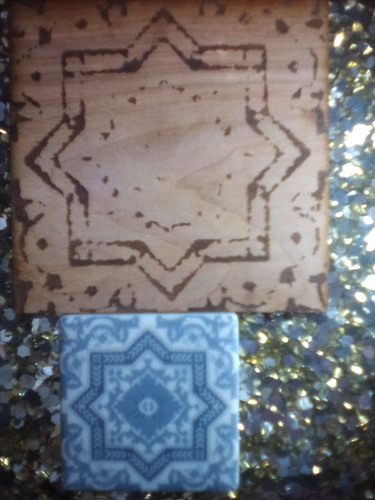 At this point your design pretty much has to be on something as thin as paper, and it’s best if you only have black/white in my experience

There is no reason you can’t just use the image as it would with an uploaded grayscale photo.

Are you using any of the contrast/threshold adjustments?

Are you using any of the contrast/threshold adjustments?

There are contrast threshold adjustments? I looked for them but could not find them. That was my first complaint. My bad if I did not see them.

From one of @Jules posts. They are keyboard shortcuts. I think the only place they really show up (instruction wise) is on one of the first print tutorials.

Adjusting the Pickup on Bitmap (Raster) Images with the Trace Tool:

Couple of keyboard commands can help you to adjust the pickup on the scan results when using the Trace Tool in the interface.

CTRL/CMD + Up Arrow will pick up lighter strokes and marks on the paper.

CTRL/CMD + Down Arrow will reduce noise effects and light marks.

Holding Down the SHIFT key with either key command above gives a Turbo Boost effect.

That should improve the results, but still wondering why I got the same single color shape on the engrave as the outline. As I noted that outlining can be tricky ( Gimp has one that is like AI recognising shapes at almost “polar bear in a snowstorm” levels) but a simple photo raster would be better.

Thanks for the feedback about the contrast adjustments.

I think that I don’t quite understand your feedback about the “same single color shape on the engrave as the outline.” Could you tell me more about what you’d prefer so that I can get it to the team?

“same single color shape on the engrave as the outline

When you load an image and print it the entire range of grays are printed. From the lightest to darkest by three different dithering methods you can choose. When doing an outline cutout a choice has to be made that everything darker than a certain point on the inside of the cut and everything lighter on the other side, this gives a binary yes no result.

So regular engraves have 256 gray levels and a cutout only two. But when the Glowforge is used to scan, the cutouts are binary as they need to be, but the engraves are also binary as they do not need to be. If they simply made a photo and used it as any other photo with 256 gray levels and the three possible dithering techniques for printing them it would be a. Huge improvement and use what already exists in terms of software.

Oh - thank you! That’s clear and I’ll pass it to the team right away.