Hi Glowforgers, long time since I’ve posted, but I’m fretting over something that just appeared when I try to import a new design to my forge…For some reason the attached is ‘inverting’ the curves on the outline in this .svg. I’ve uploaded older versions of this file before with no issues, but now it’s apparently choking on this one and I have no idea why as I haven’t changed anything with regards to software…any ideas? TIA.

Support might have to weigh in on this. The file looks perfectly normal in Inkscape.

So I downloaded your file and opened it in Inkscape, but the outside line doesn’t show in inkscape. When I export the file from the Glowforge interface and open it in Inkscape, the corners of the outside are concave. I am not slick enough with Inkscape to know what is going on.
face plate v5-1.svg.zip (13.2 KB)

could it be a corrupt .svg?

This was giving me fits so I played around with it. Something weird with how you defined the curves for the feet seems to break up the path, but if you paste into a plain SVG, it imports into the GF UI without issue. 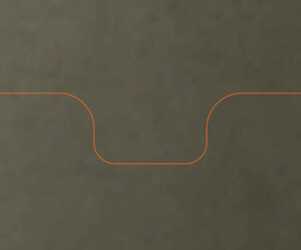 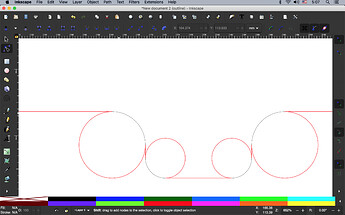 What version of inskape are you using? I have 1.0.2. When I download it and open it directly then I see the messed up corners but when I import it into a new inskape file it shows up fine. I saved the corrected version as v6 and pasted it below and it imports fine now into the app.

That’s interesting…could you append the file? The curves come from using QCAD offset function and all prior versions of this were perfectly fine, so I’m at a loss as to what changed…I’m using Inkscape V1.02 on a Mac.

Append it how? Append the v5 file you had originally posted? Does the v6 file work for you?

Either way, I do think based on the comments from everyone else this sounds like its not a glowforge problem. We can still go into what might be the problem, because it sounds interesting, but you might want to move the thread to the “everything else” space or the “beyond the manual” space.

Hum, you should be able to right click on the image toward the bottom of my first post and click “save as” and it should save it as a svg.

Apologies…yep, just did that and opened it in Inkscape and the glow forge page and all is good! Many many thanks…still stumped as to what I did wrong, but I will try and trace my steps…

could it be a corrupt .svg?

This is a GFUI bug.

GF is not obeying the arc sweep-flag:

The elliptical arc commands are as follows:

GFUI seems to reverse the meaning of sweep-flag: 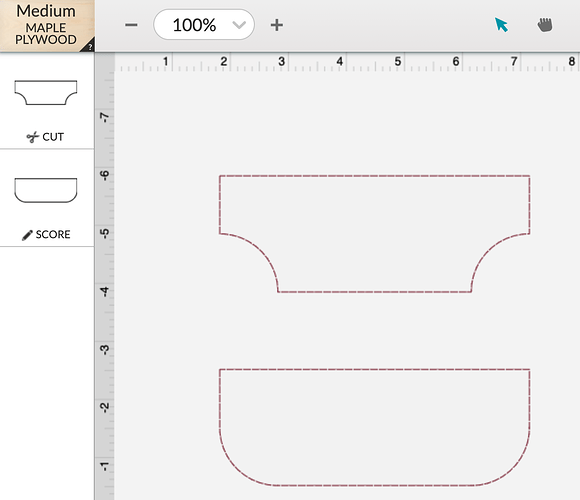 Which may mean they’re actually changing the direction of the path (which might cause other problems too).

Here’s a zip of my test SVG for test purposes:
GFUI-incorrect-sweep-flag-interpretation.svg.zip (930 Bytes)

This is what the code looks like:
For further details, this is the code for my test SVG:

But when opening the original file (v5) directly it shows the error of the edges in Inkscape and Adobe. V5 file was not from GFUI but was having the issues when imported into GFUI and the issues were the same when opening up the file directly. It was only when importing the file into Inkscape (I use windows and maybe that made the difference) that it resolved it. I have Inkscape on my Mac but just didn’t power it up to test that.

I don’t see how that can be a GFUI bug unless v5 was downloaded from GFUI (which it’s missing the settings information if it was).

It looks correct to me in Illustrator, Inkscape, and Chrome, and wrong in GFUI.

Yes, the original post is a single svg and not a zip.

This reminds me of the whole “what color do you see the dress as” thing.

I have a lot of different design software. I just right clicked on the original post image and saved it as a different name to my desk top and then had my computer open the file with affinity and below is what AI shows. @jestelle , The file did not pass through the GFUI at all :

open the file with affinity and below is what AI shows. 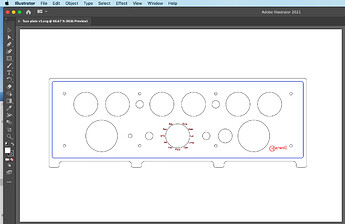