Inspire us with your project plans!

I laser cut a coffee table partly inspired by that one 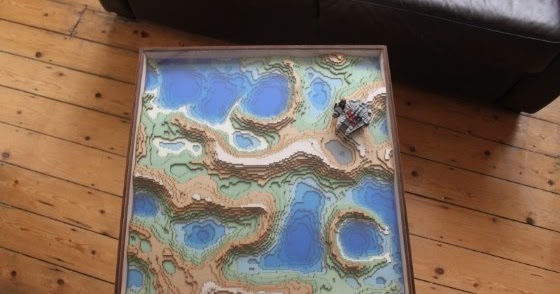 The Minecraft coffee table is now up and visible. There are lots of pictures and a detailed description of the build process available ov... 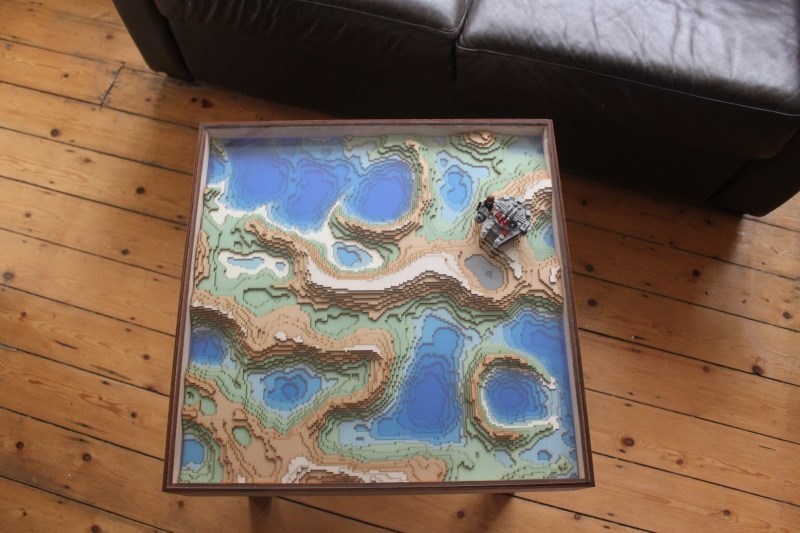 My big project right now, which is has me spending a lot of time with laser cutters, is an animatronic Skeksis from Jim Henson’s “The Dark Crystal”

The entire mechanical core assembly for the head is laser cut acrylic. 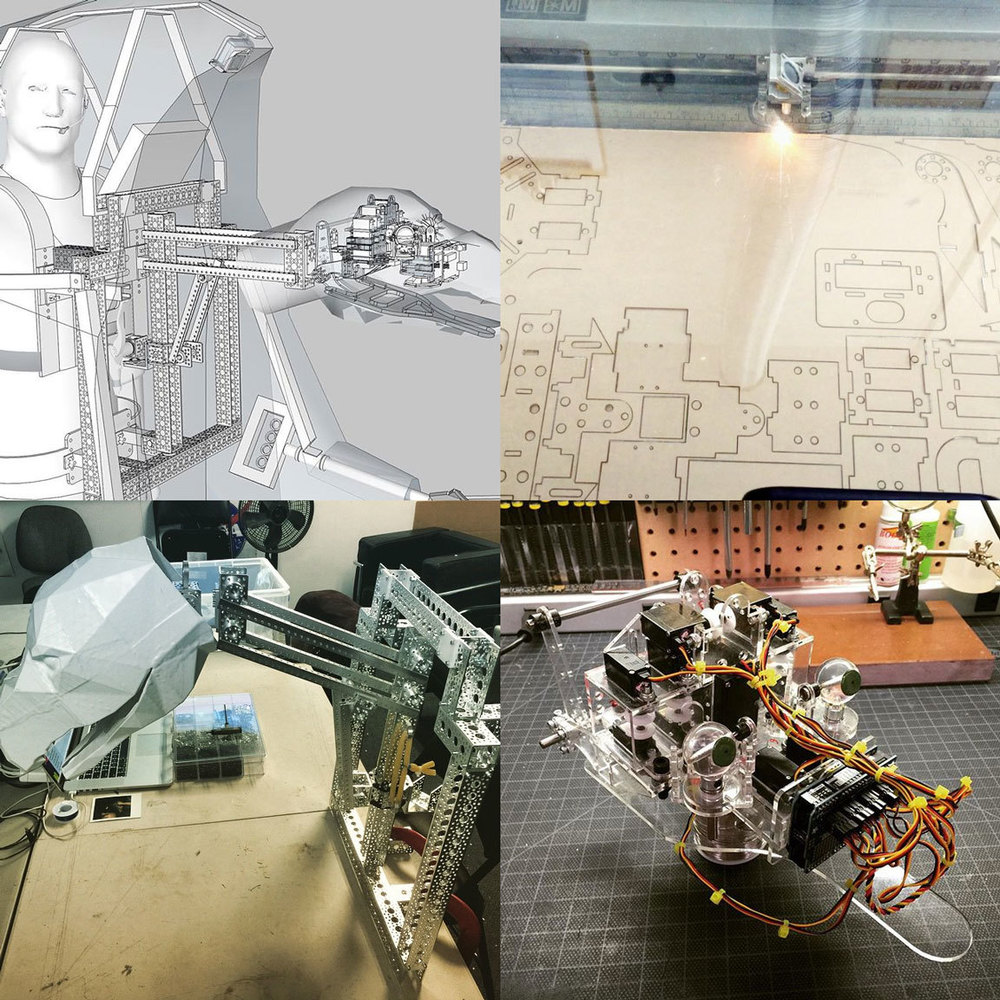 Woah!!! What a project!! I’m excited to see the finished project!!

thats wicked very nice i have a coffee table and end tables that took a tumble durring move and the glass broke. This seems like the perfect replacment

Here is a fun project I came across:

We have several Pachinko machines ranging from 60’s to 90’s that we have restored as a family. Was just thinking about what could be done with a laser and sure enough…

THATS EPIC!!! Wow! I’m putting it on my list of things to try!

I have many uses for this. The cool thing I like is being able to draw on material and have it cut that out. I know this has been around in industrial settings, but now for a desktop laser cutter, awesome. I plan on making radio controlled aircraft frames. Being able to draw on the material versus knowing CAD means I can experiment more.

However, I also plan on doing other things with it, like making inserts for my board games. I started designing one with Sketchup. 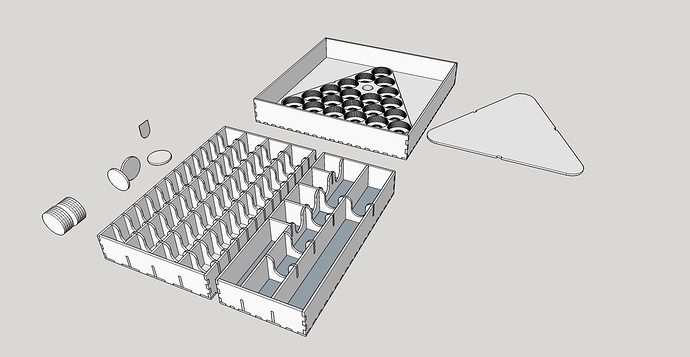 Beautiful design! Well done! What did you make it in?

I used Sketchup. I never used Sketchup before. It’s easy to use. I made this while watching football over the last couple of weekends.

Nah, just had to think about it logically. I watched a couple of Youtube tutorial first. There’s an excellent series focused on woodworking. Mainly, the key is to make each physical piece of wood it’s own component so they don’t connect together. Otherwise if you have faces touch each other in Sketchup they stick together and are a pain in the butt to pull apart. But that’s what makes Sketchup a quick prototyping CAD software, the sticky bits and snapping allow for quick design. But then that’s what makes it difficult to do fine tuning stuff.

There aren’t that many pieces. All 12 horizontal dividers on the one bottom tray are the same component. If you edit the component you edit all. So the first step was just making regular rectangular solids as components that represent each piece of wood. Then lay them all out. Then I figured out which ones were going to be same and made them the same component. There will be overlaps due to the tabs not being modeled yet. Then from there I started making the tabs.

Hmmm… Thanks for the tips. You’re still a hero in my books. I’m excited to see the real version!!!

The Pachinko project brought back some memories. I had to search for it. I think making desktop version of the Bally Skill Roll will be a project of mine. Should be simple, some standard cherry switches, an Arduino, and a laser cutter.

What you did was put a nickel in at the top. Then use the spring loaded levers to hit the nickel and try to make it down to the next level.

This is a way old thread, but I saw this over the weekend and figured I’d post it. 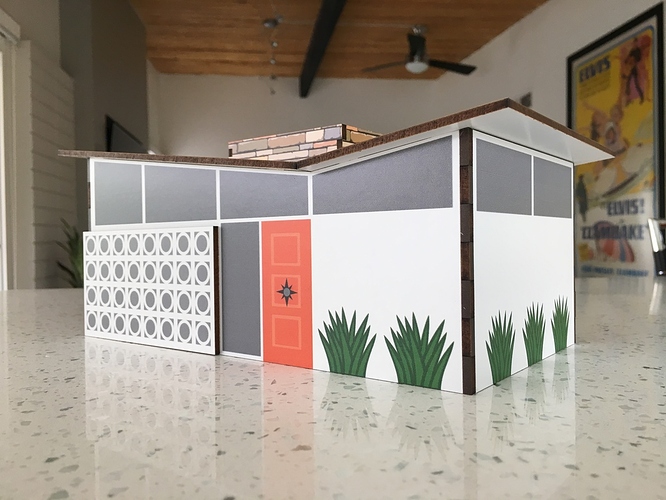 It’s a tissue box cover made to look like a mid-century butterfly roofline house. You can’t tell from the pic, but the tissues come out of the chimney. My wife bought this to put in the vacation rental home that we own, which has this same roofline. I tried to convince her that I could DIY this once I get the GF, but she won.

Although I’ll be trying anyways!

They also had a few other mid-century house styles and some that looked like vintage Airstreams.

Cool! I saw some of these in Palm Springs a couple months ago. definitely laser cut