Lens out of focus...accidentally pushed it in after cleaning

Hi, when I was cleaning my lens I had some issues where it flipped and as I was trying to get it out it got pushed in farther. I got it out but now it seems to be out of focus as only part of my job is cutting all the way through.

Any advice on how to get the lens positioned properly in the head?

I don’t think it has anything to do with you to be honest. I’ve been having the same problem in with it “centering” and its stuck on it. It had focusing in there occasionally. It doesn’t calibrate or anything else. I’m really in a bind myself cuz its stuck AGAIN. My guess and hopes it has something to do with the app or something.

When you reinstalled it using the blue installation tool, did you have the lens oriented correctly on top of the tool? The bowl shaped side goes up into the head from the bottom. It should click into place and you don’t need to force it.

Yes it’s in there properly but I had pushed it in on accident. Now it’s barely cutting through on some of the job and not at all in other places.

@peggyandco15 have you tried cutting the Good Measure ruler on some Proofgrade, in the Center of the GF?

Assuming you did not damage it by pushing it in too far (I doubt you did, as it is cutting) That part of the lens holder is supposed to move, that’s how it focuses.

I have not tried that. Is that some kind of test?

I am so annoyed at their lack of technical support. Or support in general. I need to talk to someone and it’s just not an option.

That’s the first thing Support will ask you to do. It also helps rule out a problem with material, issue with other artwork files and helps isolate if the lid / lens / crumb tray are all parallel and correctly seated.

I’m positive none of those things are the problem but I will do it when I get back to my office.

Are you sure the lens is installed so that the curved bowl side is up? I’ve installed mine the other way and your symptoms sounds identical. The in/out movement is used by the GF to focus and is adjusted each time you cut, so no worries about pushing it in too far.

Was going to post the same thing. But the instant someone posts “I’m positive” I figure it’s easier on me to not.

I’m positive none of those things are the problem 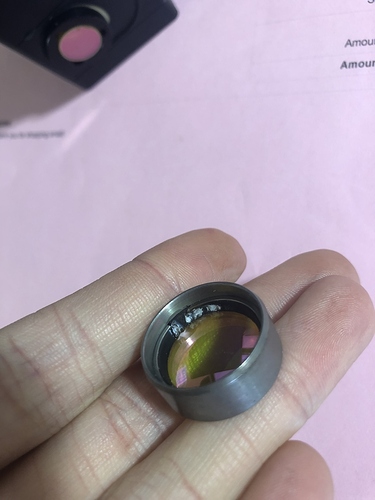 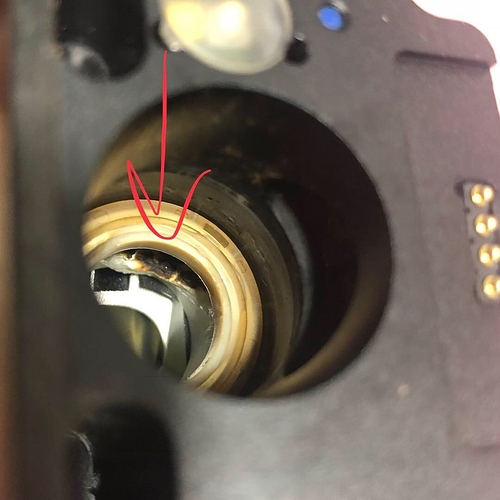 I sent an email to Glowforge. Hoping someone contacts me soon as I can’t fill any orders. I don’t understand why the lack of support.

Your fastest resolution is probably just to order a new lens.

Since you posted in here, they’ll see it and likely reach out to you soon.

The head has a hole burnt into the side of it. I don’t think just a lens will solve the problem. Just going to wait until I head back from someone.

Nothing else I can do, really.
I’ll clean and organize my office in the mean time. Needs to be done anyway

Nothing intended to be rude about the comment. 3 years of trying to help, but can’t count the number of people that said a problem was absolutely not something in their process and after a few irate and defensive posts it turned out to be the original issue. Most of us have done the same.