I am working on setting up a process for turning the airplane plans from FliteTest into something i can laser cut. I used to make these airplanes for my kids, but have run out of time lately to cut these out by hand. I decided to try and make the FT-MiniArrow. These are the plans they provide. the problem in a single wing side is bigger than the cut area of the glowforge. so I had to find a way to match up 2 separate cuts. First i converted the plans to something the glowforge can understand

I placed a piece of foam-board through the pass-through slot.

i had it cut out the first pattern.

Making sure to have the marker holes cut out on this pass.
then I removed the foam-board, taped down some paper in the from corners and loaded up the second part of the cut. i had all parts ignored except for the marker which i set to score the paper.

then i turned the foam-board around and put it back in the slot, looking through the marker holes I cut earlier and matching them both up.

I ran the second part and it matched up perfectly. 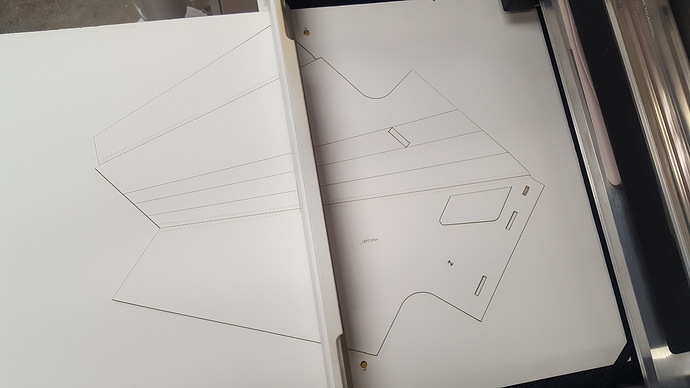 you can not even really tell where the cuts connected. The score cuts worked out great as well and i was simply able to bend the wing into its shape. I will finish this up next week and post pictures of the finished airplane.

30 Likes
So glad I got the passthrough
Pass through question
How to set the length setting in glowforge app
Pro question
Pro Passthrough Release
jcarff February 3, 2018, 4:47am #2 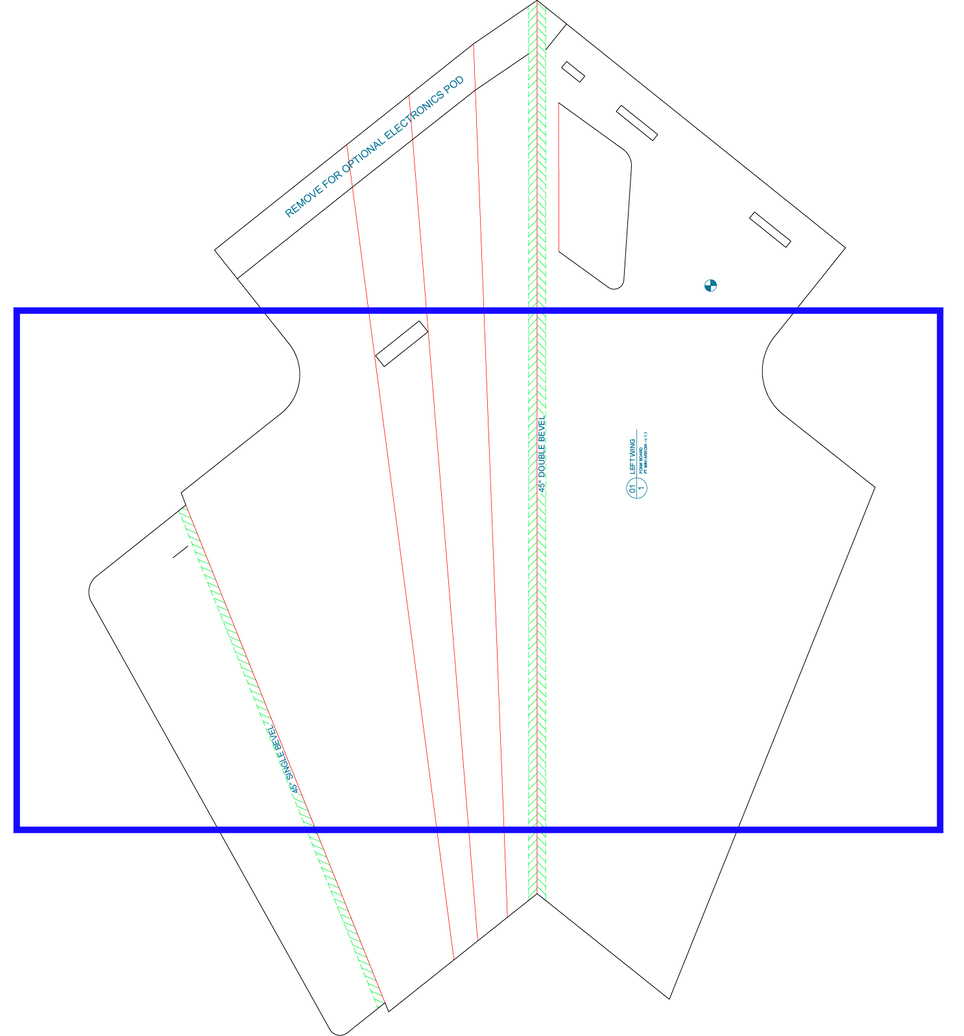 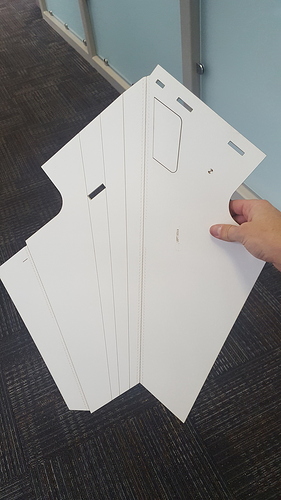 (I believe you have to have made a few posts before you can post multiple pictures…no idea how many, it’s a Discourse thing.)

Great example of aligning with the pass through! Making an RC plane is on my longer list. Will be fun to see your finished product. Those FliteTest guys make (and test) some wild planes.

Wow. OK, now I regret not getting a Pro…

Really great write up, cant’t wait for my Pro!

That was a great write up and a genious way to align the two halves! So far i’ve only cut a replacement fuse for an ft mini speedster, but rc planes are definitely on my list!

Tried it again and got “Sorry, new users can only put one image in a post.” I might just ask support to lift my restriction, I have a bunch I want to post but its a pain with the limit.

See, this is the kind of thing that makes me so glad I upgraded to Pro way back in 2016. I just know I would have been sooooo envious, seeing this.

Finaly got around to cutting out the rest. turned out great. 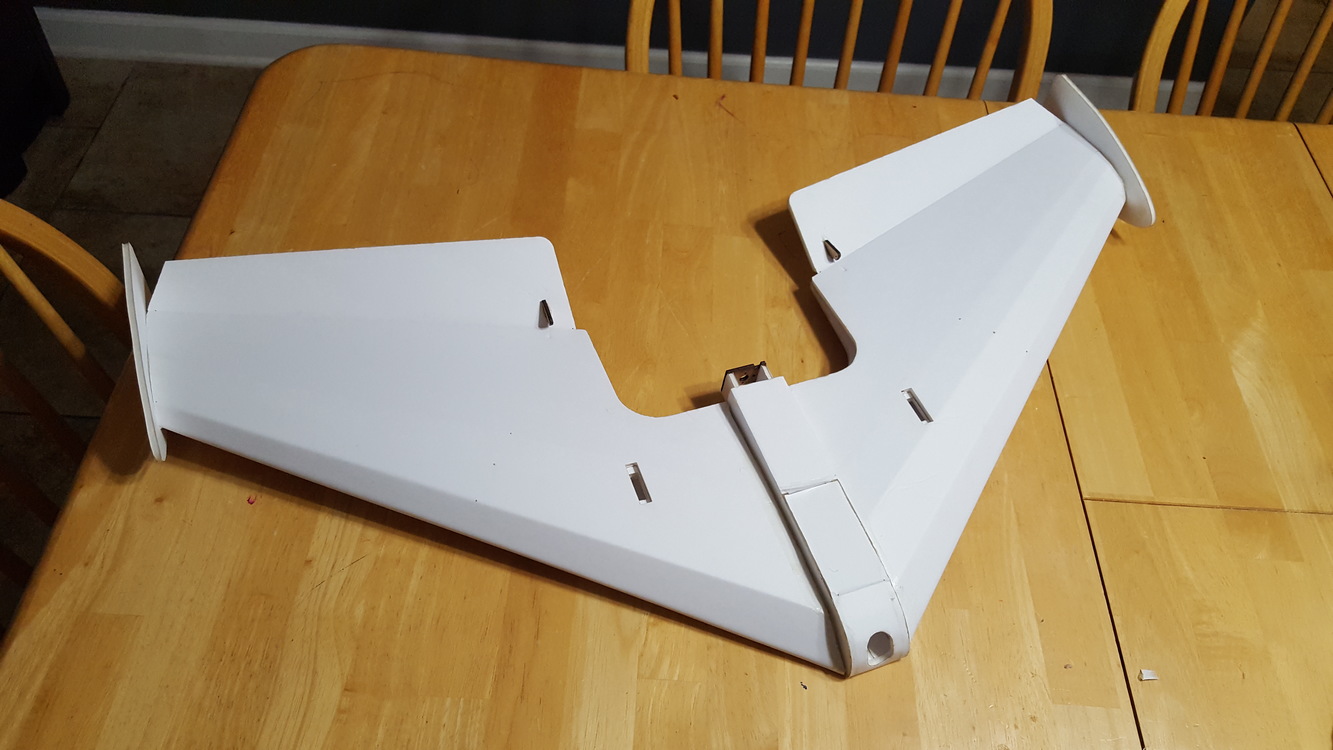