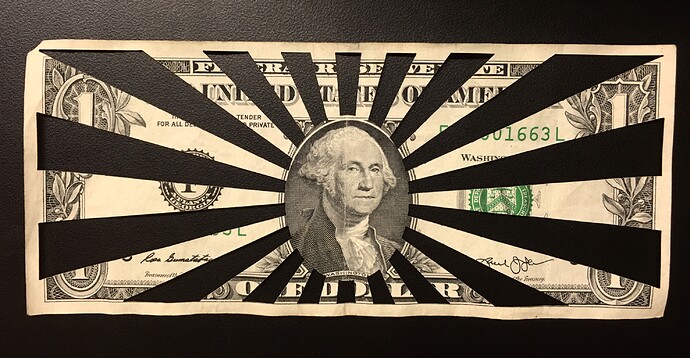 The latest projects off the vacuum tray, paper is a lot more fun when you don’t need to think about flyaways or complicated setup. Everyone should make one of these things 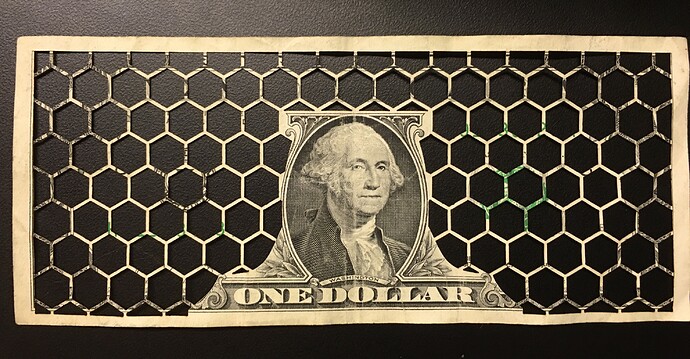 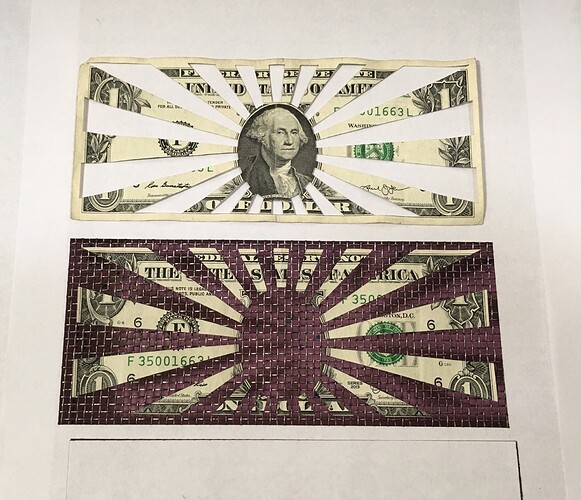 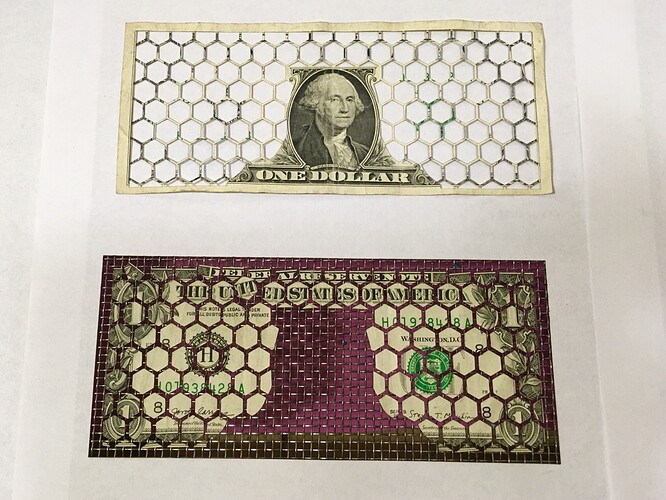 Vacuum tray replacement for cutting lightweight materials Made on a Glowforge

The chase: [image] So I made a fullsize tray replacement vacuum table. The idea is that it allows me to cut very lightweight materials without worrying about flyaways. A quick disclaimer: It’s possible that this is a fire risk, airflow and contained spaces and all. I feel as though it isn’t, but I’m just a dude with a laser who thinks he’s got decent risk assessment skills. Use your noodle if you try something like this

Say you wanted to cut some rolled trace paper: [im…

I guess so… I like the experiment. I love it when one is willing to take one for the team and push the envelope.

Well that’s just super cool. I will absolutely be building one of those… One day. Thanks for the inspiration!

So yeah it is cheaper than proofgrade. That’s kind of hilarious.

So yeah it is cheaper than proofgrade. That’s kind of hilarious.

But less “sturdy”. And cutting a dollar bill is closer to cutting fabric than paper.

Hi there, I am new to GF but would love to learn more tips about cutting paper and not having flyaways. How did you build the vacuum tray? Thanks for your time!

I talk a lot about to over on the vacuum tray thread that I linked above. Head on over and read through it, and if you have more questions just ask in there

I’m not sure, but I think you may have committed a felony… at least twice.

but I think you may have committed a felony

Nope. It’s a myth that defacing or destroying currency is illegal. What’s illegal is altering it in such a way as to make it seem like a different denomination. That’s why you can get pennies pressed into innumerable souvenir designs at nearly every tourist trap of note. You can destroy it as much as you want, just don’t try passing the $1 as a $10 bill.

EDIT: As @gamn1958 notes, defacing or destroying currency may in fact be illegal - per the statute, if done with the intent to prohibit the reissuance of the currency (or defraud as I noted). There is an unsettled area of the law whereas that intent may exist but in the execution of protected speech thus rendering the law invalid (as was the case with flag burning). For instance I might burn currency specifically to prevent its reissuance as a way of expressing my opinion that the Treasury was purposefully debasing the value of the currency by keeping too much in circulation and my burning piles of it was civil protest against that. No one has brought such a case to court because no one burning currency like that has been prosecuted so it remains unresolved.

Defacing currency is not a myth,

Defacement of currency is a violation of Title 18, Section 333 of the United States Code. Under this provision, currency defacement is generally defined as follows: Whoever mutilates, cuts, disfigures, perforates, unites or cements together, or does any other thing to any bank bill, draft, note, or other evidence of debt issued by any national banking association, Federal Reserve Bank, or Federal Reserve System, with intent to render such item(s) unfit to be reissued, shall be fined under this title or imprisoned not more than six months, or both.

Laws that aren’t enforced may as well be a myth – I’d love to know if there are any fines or imprisonments on record. Artists have been defacing bills since there were bills, and I’d be very surprised if this code has ever been enforced.

Love all your examples of possible cuts, @evansd2, but seriously, don’t keep enticing me to build one of these! I can’t think of why a puzzle maker would need one

Defacing currency is not a myth

As for it being illegal, it’s definitely murky, and at most it’s extralegal because nobody gets prosecuted for it. So thanks for everyone’s concern, I’m fine.

In the last 20 years 7 people have been prosecuted for defacing US Currency, in very occasion there was an intent to defraud, these cases were not counterfeiting case.

with intent to render such item(s) unfit to be reissued

Here, I’ve quoted the relevant part of the statute that applies to this conversation. Are you suggesting @evansd2 intended to prevent its reissue or is the fact that it can’t be reissued merely a side effect of his artistic expression (protected by the 1st Amendment as found in the legal status of “expressive conduct” similar to flag burning, as set out by the U.S. Supreme Court in Texas v. Johnson (491 U.S. 397 (1989)) and United States v. Eichman (496 U.S. 310 (1990)).