A local gaming and card shop asked me to make some custom name badges.

I’ll take you through some steps. 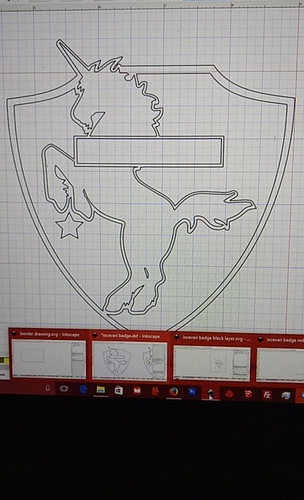 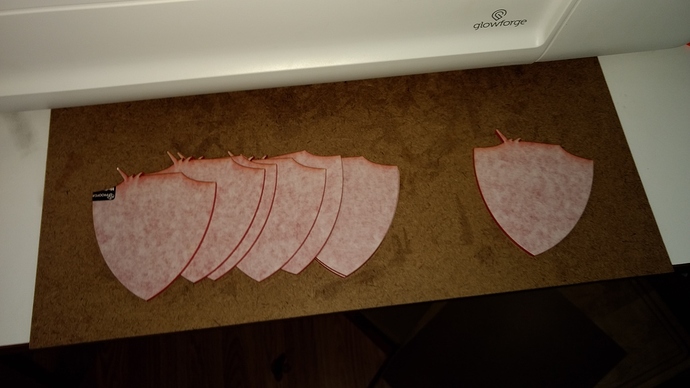 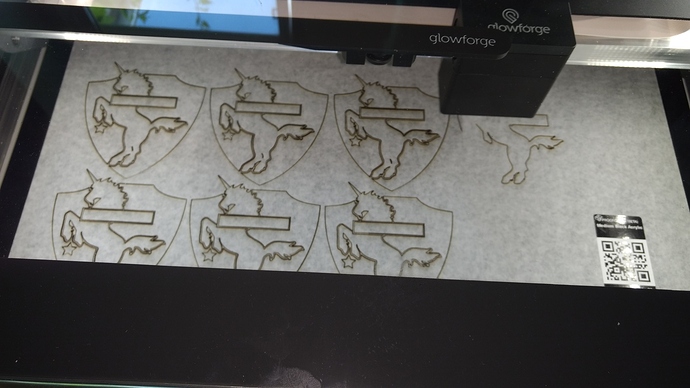 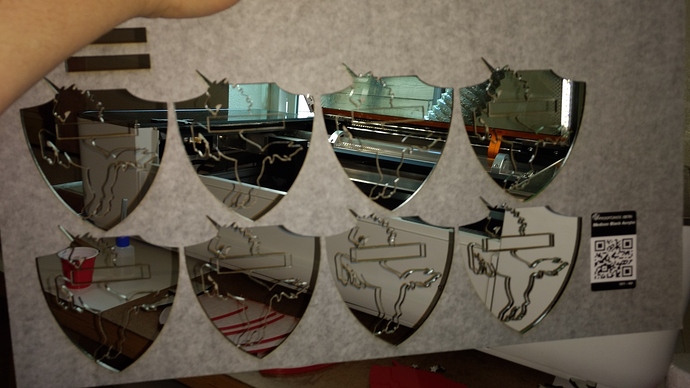 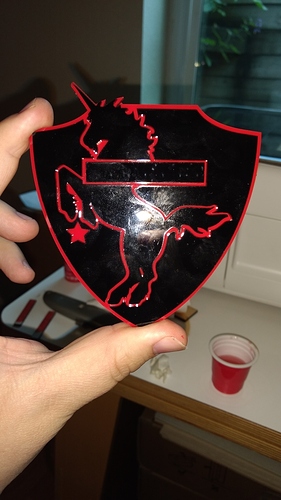 Very nice first outside project for you!

Wow! I’m amazed at how quickly you came up to speed. Kudos!

Looks nice! Is that mirrored acrylic?

Taking a break to admire just how neat a very aligned laser works.

hmmm… in reference to your Big Red?

Nice job! Already on it!

At first I was like, "Oh, that is such a cool mirrored acrylic. Then my mind jumbled when I saw the red and black. And I’m, “What?” Oh. Those were the empty cutouts!

Those were the empty cutouts!

Oh, derp. Of course they are. I was just working with some mirror-finish aluminum, so I had “incredible clear reflection” on the brain. 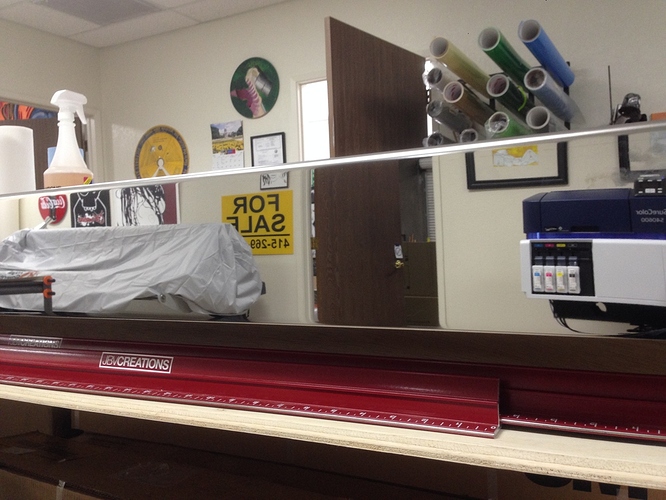 I’m glad I’m not the only one!

It was the quick look at the small photo: the shadows look almost like the cutline reflections you get when you engrave onto the top surface of a mirror. Looking at the full size picture it all snaps to reality.

edit:
the more I look at the finished badge, the more it looks like a large version of the enamel pins that are really popular with the music/art scene folks. Thats cool. Those things sell.

You mean these things? I thought they were for the older road warriors who travel with a fifth wheel? Gosh. Looks like I’ll be reading up on these. So flair really is a thing?

How to Make Enamel Lapel Pins Step by Step

Have you ever wanted to make your drawings into enamel lapel pins? We interviewed a master who showed us how she does it with SketchBook on her phone.

I have three of the Grassroots California ones, by one of my favorite artists Sam Flores.

kinda bummed that the “Step by step” instructions tell you to make a design and send it off to a company that will produce them for you. That’s not what I want from a “how to make…” article!

Festival pins. Yes. That’s the ticket! My first festival was the Ozark Mountain Music Festival in Sedalia, MO. It was Woodstock for the Midwest. It was just as badly planned as Woodstock. hundreds of thousands of people showed up in a town of 23,000. BTO, Eagles, America, Joe Walsh. It was great. Me and my four brothers hopped a fence. The only other big name band I saw in my life was Sting on his Nothing Like the Sun tour. After that, I didn’t have to go anymore. It was perfect. I did see Garth Brooks, but country doesn’t count! 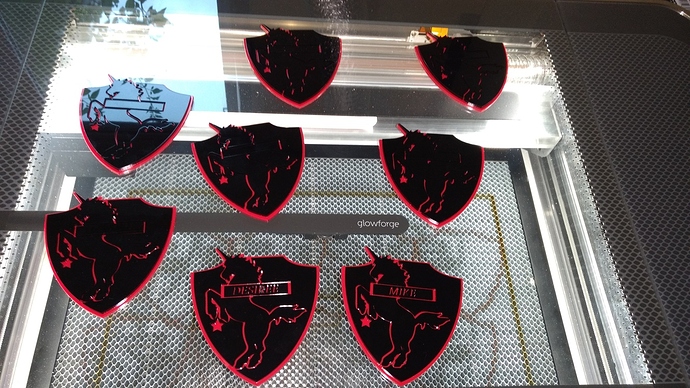 They wanted 8 total, with the two permanent employees there permanent marked.

No, that’s not mirrored acrylic, just perfectly cut outlines on the black. “Old red”, as best as it could get aligned, couldn’t get perfect. The honeycomb bed had some warp to it no matter how I tried to brace it.

I’m a bit unclear. It looks like you have red and black acrylic. The black is placed over the red? At first I thought you painted the red because of the red solo cup with red stuff in it. Sorry if I’m dense.

Yes, there is a red back, and a black layer. All the outlines in the black layer are cut out to show the red behind it. Review the original picture, or compare to this simulated computer drawing… 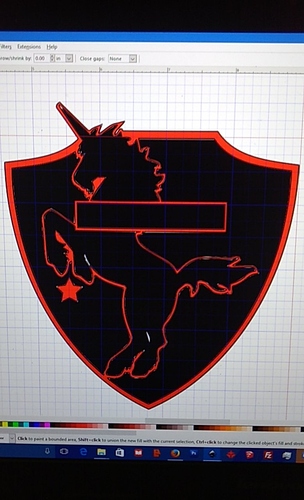 You left off the part how you got the multiple pieces of black acrylic aligned so nicely.

I have to leave a little to the imagination, but it was by hand, really. Hand and eye coordination, developed by years of classic video gaming that started in the mid 80’s.