Not quite a convert yet, although I’m not one to let a software package get the better of me! My semester of CAD experience in college did not stick with me, but I did manage to design a cookie cutter for my 3D printer a few months ago. I gave up on the most recent project and just did it in Affinity Designer, though. I am someone who tends to learn on a project-need-basis, which is fine, but I have to find the right project without a pressing need!

As someone who is still integrating F360 into my workflow, I am curious how this could help me. I think I could give you a hand from a beginners POV. Let me know!

Go run through my Fusion360 tutorials in the matrix, I cover finger joints then you can contrast doing it with a plug-in. My way (I lifted it off a YouTube video somewhere) is easy compared to approaching it blind and a plug-in is another order of magnitude easier!

I use beginner loosley. I have seen the video about finger joints and making the laptop stand. I mean that I can not do advanced shapes. I have drawn several boxes already.

So you use the pattern command? Good deal!

. I mean that I can not do advanced shapes

We are all at a different place but get this, advanced shapes are nothing but simple shapes blended together! I say that like I have this stuff down and I don’t but that’s the theory anyway.

Alright, it’s taken quite a bit longer than I anticipated to release an update. As I was working through this, I realized that I was falling into some bad habits in the code, making it much more confusing than necessary–that hasn’t all been fixed, but it’s much better.

Version 0.40-alpha can be found here.

I had to take a step back on this and reevaluate the method I was using to build functionality for the future. As a result, the code base has been completely reorganized and refactored; in an attempt to–I hope–make things easier in the future.

I’m looking forward to getting home and giving it a try, hopefully I’ve purged Fusion from all traces of the older version so this will load clean, we will see?

Let me know. I spent a lot of time cleaning this up, and continuing to learn the F360 API–so much so that I haven’t touched my GF in the last 3 weeks.

You may run into bugs (

), since I had to rework quite a bit, but I’ll keep my fingers crossed.

I’m finally at the point where I can start working on some other features, in addition to continuing to clean up the code.

This is what the dialog should now look like: 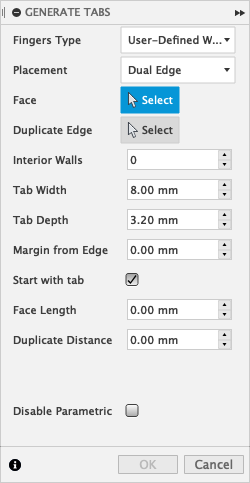 An example of another feature I am working on; repeating patterns of fingers (inspired by @evansd2) : 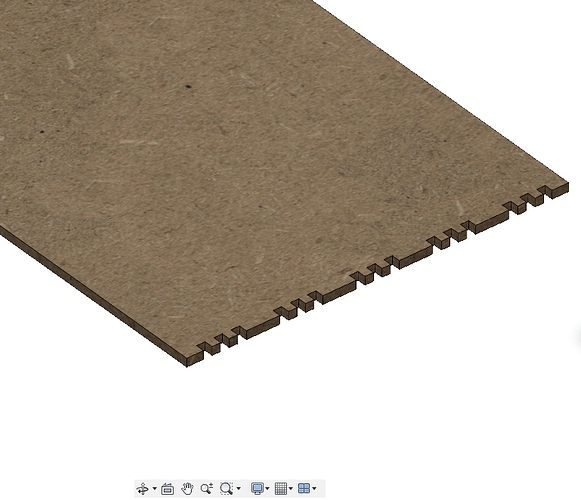 Thanks for the attribution, but really it’s down to @geek2nurse…

Rack and Pinion Box Closure Prototype Made on a Glowforge

Edit: This is now available in the Free Files area: Mastermind Game With Rack & Pinion Box Latching Mechanism – enjoy! I’ve been working on a design for a Mastermind game / box. Version 1.3 of the SVG has been shipped to my brother @timjedwards for prototyping fun with his kids and our nieces/nephew when they visit him today, and since he’s usually 'way better with this kind of stuff than I am, I’m anticipating there may be some cool upgrades…but I thought I’d give you a little preview in the m…

I completely forgot about that one. My bad @geek2nurse.

another feature I am working on; repeating patterns of fingers

That will be wicked cool!

I’m really glad we have some talented and generous programmers here, the extent of my programming ability is to make an Arduino do a few basic things.

I wasn’t too concerned. @evansd2 has been a huge inspiration to me in trying to make my finger joints more appealing, so he deserves credit too.

Ooooh! Ahhhhhhh! This is pretty darned sweeeeet!!!
(Especially that interior wall function…this is going to be a major time saver.) 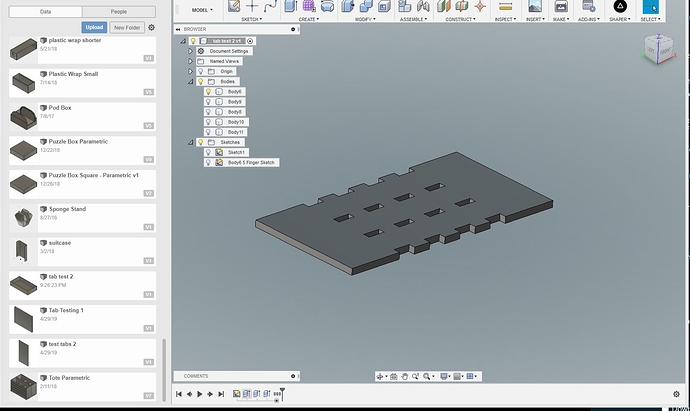 Works fine with preset parameters too. 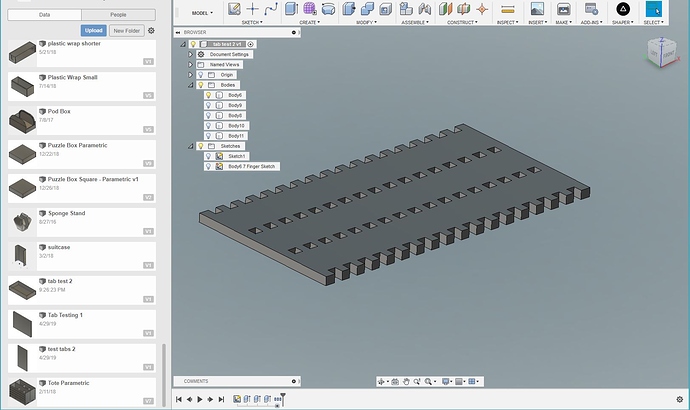 An example of another feature I am working on; repeating patterns of fingers

Okay, this is exciting!

Okay, I am getting better at installing these things. Going to be a major time saver!

A note to anyone using the expermental UI, you will have to turn it off when using this for now anyway.

Oh, and it is a small thing for an alpha version but the help points to an older version.

Okay, you knew it would be something like this but yeah, you’ve got bugs.

The first edge or set always works, after that things get sketchy and will always throw a dialog box and will sometimes cut and sometimes won’t. I’ve started several files and get one of these two dialogs every time I try to cut a wall. (the first component is the floor) 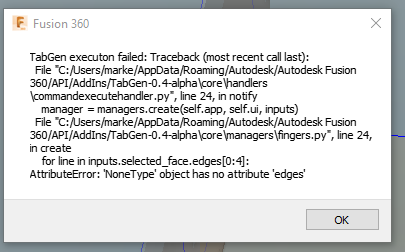 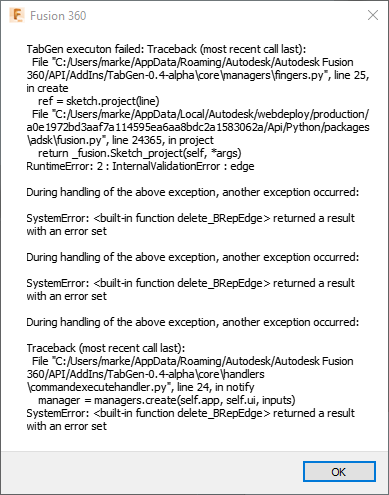