So I took the dive and nabbed myself the Glowforge - though it’s not expected to come in until April.

In the meantime, I decided to crack open my sketchbook and work on some illustrations for engraving. I attempted some Google-fu, but any questions I had about these two options only seemed to point me toward photographs and/or highly-detailed artwork, not goofy lil’ doodles like what I do.

Here’s a sample of my illustrations I made in greyscale for a project I hope to do once my machine arrives. I figure it might help answer the question. (Do you recognize these lil’ fellas?) 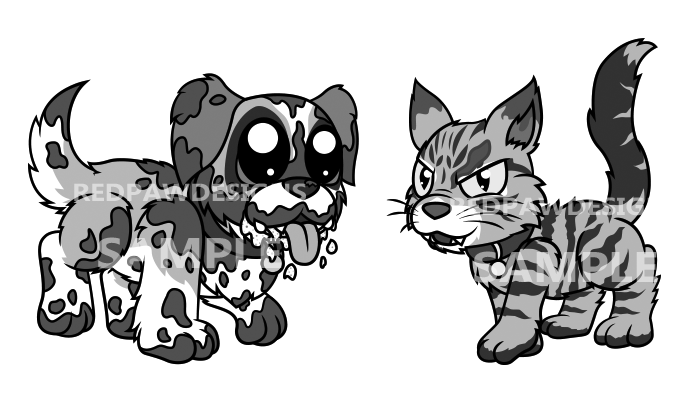 Do you recognize these lil’ fellas?

No, but you are going to have a blast when that machine shows up. These will engrave nicely if you choose the right material.

(Do you recognize these lil’ fellas?)

I do after googling you

Your work is pretty much all 2D but I could see you using careful choices to cut out multiple layers and having them engraved or painted (even in color) and stacked. Where you use wider dark lines to pull out specific areas, you could actually cut out those areas and need less dark edge.

You will find many famous artists here and many more who should be, and also many masters of alternate images of expected meanings* that some just call puns. Welcome! you will find many like minds here.

These are fantastic! You’re going to love the GF!!

Thanks everyone! I guess the “convert to dots” kinda threw me for a loop because I was worried that my lines and such wouldn’t be as smooth. Guess I was paranoid.

And for those wondering, those two critters I drew are horror-movie pets, Cujo (from… Cujo) and Church (from Pet Sematary, I used the remake design because I felt it more distinct). I’m drawing up plans for pet treat-boxes, these guys will be engraved on the lid with the words “Treats for good doggies/kitties” on the side.

I’ll be sure to post them once they’re done!

I guess the “convert to dots” kinda threw me for a loop because I was worried that my lines and such wouldn’t be as smooth. Guess I was paranoid.

Like other imagery (think newspapers) the size of the dots makes a big difference, which translates as LPI. Most folk here favor 220-340 LPI but I prefer 640 - 1355 LPI though the engrave takes a lot more time. There would also be a need to adjust the dark and light max so there is always some dots and always some places not totally dots. Many folk think of variable power to be variable grays, but actual experience is much more complicated, and almost never works. The dots are each black and the shading is created by the density of the dots.

It also occurs to me that as you are controlling everything, you can rethink the design thinking in terms of depths. It would look weird because you are looking at real depths, and not shading, and thus get the multiple layers to bring out your design.

Personally, I’d look to vari-power for this.

Vari-power will modulate the power of the laser with the grayscale value of the pixel.

Convert to dots is a dithering process that spaces dots closer or further apart that our brain perceives as shading or value changes. Since these are “flat” (swaths of solid color), I don’t think they’ll translate as well using a dithering process.

Vari-power can do far more than 3D effects (depth).

It comes down to testing on the material(s) you want to use. Try many settings until you find the combination that gives you the effect you’re looking for.

I did a straight up comparison a while ago, that might help you visualize the differences

I needed to do a fairly large photo engrave, and I only had one piece of material - so I went through all my defaults to compare before I picked one. Since I had photos I thought I’d share with all ya’ll. I generally find that SD Graphic Convert-to-Dots is the way to go for photos, but the preview for that always looks terrible so I doubt myself. Here’s the proof The first block is Convert to Dots (CtD), the second Convert to Patterns (CtP), and the third Vary Power (VP) [SD Preview] Clearly…

For these images I would need to experiment with Convert to Dots and Variable Power. But, in Variable Power mode the source art might need to be changed–there is no way to make each grey shade in the art to a comparable shade on the object simultaneously. (In other words, the art you feed the machine may not look like the art that comes out of the machine and you need to figure out that mapping.)

For example on draftboard I have found settings for engraving solid areas in 3 distinct shades. I don’t think more are available due to the nature of the material. (sorry I can’t show numbers, forum rules.) So to engrave any of the above images on draftboard, it would have to be via Convert to Dots since I see 5-6 shades. 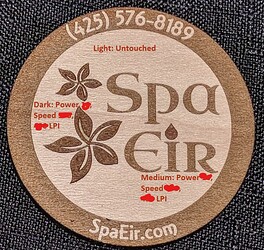 I’d be curious if your experiment on draftboard would be repeatable, or if the shades would change each time.

That is the main point. With each dot, the depth and color are the same black, with any material there may be a color difference from barely scorched to pure carbon, but that range will be highly variable, and in many cases, the carbon will dust off so even what you first see is not the end result. Here is a good example as there is quite a range of depth but not a range of grays… 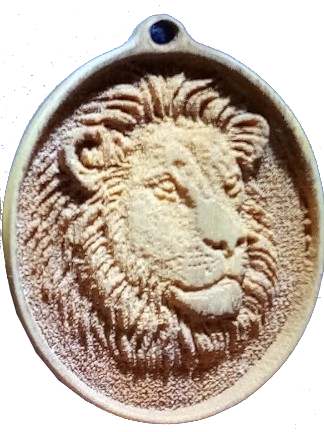 I have had exactly that. I made a bunch of name plaques for an office and I forget what hardwood I used, but the 3D/vary power engrave left a wonderful clean 3D engrave, and there was no shading whatsoever - other than from natural light. That’s what I wanted - the company logo was a globe so the globe itself and the continents were in relief, looked great. I did the same with the names so they looked great with the shadows from the overhead lighting, but there was no shading whatsoever from the engrave itself, the material was uniform after just a light cleanup with a toothbrush and hand sanitizer.

being able to set up a single job and perform multiple things. It’s the exact same concept as using different colors in your vectors and applying different engrave settings.

I run a single job of 100 squares on vari-power, each a different % of black (1% increments of black). Then, I can just look at the grid result and know that, for example, squares 22, 42, and 82 have these shades. I can then set up my vector artwork to use those percent blacks.

Yes, depth is a component of vari-power and it can absolutely be used for 3D engraving (a great purpose), but it’s also very useful for getting good results out of graphic-type images. To minimize depth and obtain the greatest color variation, out of focus engraving works best.

I’m not saying one is any better than the other. I have used vary power to produce shaded engraves, but it can also be used to produce clean, unshaded engraves on certain materials. I was just echoing what had been posted above.

Absolutely. I usually just pick someone to reply to and chime in.

A lot of it depends on the wood as well. Maple, alderwood, etc. will give more values/shades than something like birch.