Oops, I did it again! 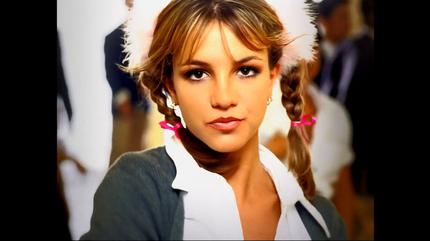 Back when Brittany sang this (before she went stark raving mad) she just have been talking about making stamps on her Glowforge! 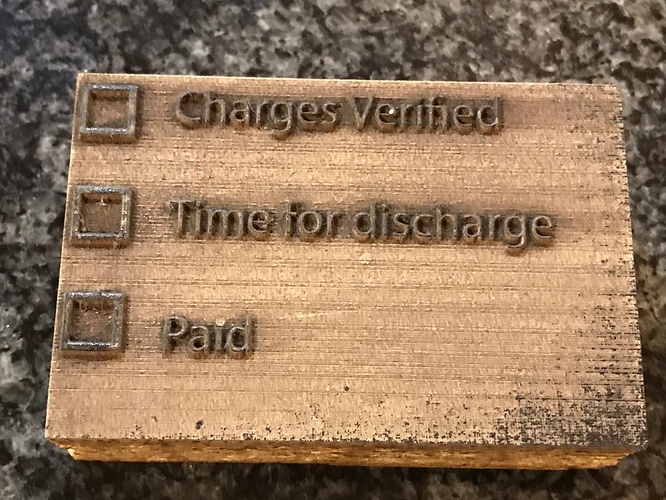 Hopefully one day soon we’ll have a badge for that. (You might get the first one, but it won’t be the only one…I forgot to mirror the post holes on the first carousel iteration.)

That turned out great!(Besides the backwards problem

) They have Linoleum stamp blanks like that at Hobby Lobby. If there is one close to you, then you can get it faster.

Maybe the QR code for linoleum and other stamping materials should automatically pop up a message asking if you remembered to reverse text?!

That would be genius.

Proposed Merit Badges Everything Else

[image] Requirements: Created an awesome stamp; forgot to mirror it first. Any other “outstanding achievements” that your fellow Glowforge owners might unlock?

First one on the proposed badges thread — because so many of us need it so often. (I just forgot to reverse all three plates for a three-color print.

I think she should just use it as is. It will either make folks scratch their heads, or you’ll be able to tell that they really aren’t paying attention.

Reminds me of a really funny offset printing error a friend made ~30 years ago: her sign said “Alcohol doesn’t cause prodlems, people do”

I wouldn’t waste an oz. of my India Pale Ale cleaning an engraving!!!

I wouldn’t waste an oz. of my India Pale Ale cleaning an engraving!!!

haha. One advantage of having an SLA printer is that you buy pure anhydrous IPA by the gallon…

Is there a benefit to using the linoleum stamps vs rubber ones? Is one material more durable than the other, or does one engrave better than the other?

I think linoleum is harder, provides a crisper demarcation between the surface and the void and the image doesn’t deform under “extra” pressure, making it more reliable to align colors if you are printing with different color plates, for example.

It will either make folks scratch their heads, or you’ll be able to tell that they really aren’t paying attention.

Yeah, that front desk staff doesn’t need help with either of those…

At least I’m not the only one

Maybe if the paper is thin enough, you can stamp the back side?

hahaha - or tell them to read off a mirror reflection…

to both engrave the (reversed!) design AND cut around the stamp?

How’d it work out?

At least I’m not the only one

Yeah, but this is the second time!