Throwing this one out there for Fusion 360 users to mess with.

This is a fully parametric box. You can adjust material thickness, height, width and length. The number of finger joints on each side is set, but the length of the joint will adjust to fit the dimension of that particular face of the box. If you download the file you will see User Parameters relating to Laser Kerf. The plan is to make kerf adjustment fully parametric as well and build that into the model but I have not yet gotten to that point.

Updated the model to a split design to make a more interesting openable top!: http://a360.co/2noMyKF 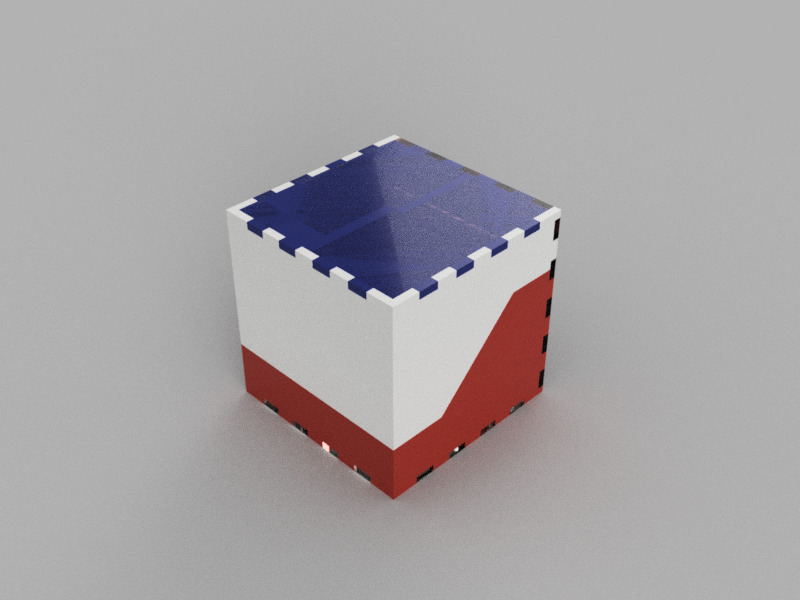 Thanks @mpipes. This is going to be a really handy starting point for any box projects.

Thanks! I was going to take a look at the file and downloaded it, but it came down as text, not a .f3d file and was not usable. This was by downloading it with the link provided by Autodesk. It says “Text Box.f3d is ready to be downloaded” and gives a link, but what actually downloads is a filed called “Test” with no extension. Could you check your settings? Or maybe I’m doing it wrong; if so, please advise.

What happens if you rename the download with the f3d extension?

Tried that already, didn’t work. Actually, even though it wants to open in a text editor, if I add .txt it doesn’t open either.

Time for pitchforks and a mob! Unbelievable that a file can’t download correctly. It gives me grave concerns about the readiness of F360 for the market. This is disturbing. I expect they’ll be announcing a delay on shipping new F360 file downloads

I find F360 file handling weird. It’s sort of a cloud based product, but sort of not. At least in OnShape there is no non-cloud aspect. You want a file it downloads but otherwise there are no files. F360 sort of has files, and you can have local files or use their cloud storage, of which there are helpfully 2 which work completely differently. One tightly integrated into F360 and one essentially Autodesk’s dropbox…

I tried the whole Download/supply email address/wait for email/click on download link thing a second time and got the same result. I guess Autodesk is having problems right now. It may have nothing to do with this particular file. Anybody else try to download it?

Yeah, always gonna be some hiccups in that. I expect it’ll get sorted out but I think it’s interesting the level of tolerance for something not working from a big established company (who should have it nailed already) and the doom crying when a new company with a new product has a failure caught by the testing process designed to catch that failure before it’s experienced by 10,000 users. 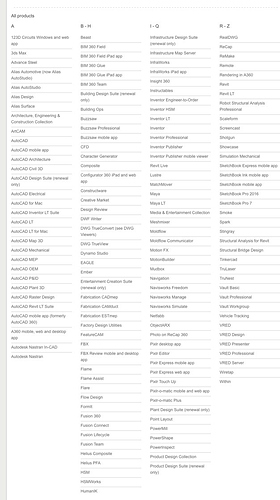 Welcome to acquisition based development. Even they can’t figure it all out, and the hot mess of migrating as one app dies, and another is born is even worse. I will use F360 when I have to, but it’s not my favorite… It tries to be a freeform and parametric CAD at the same time, and everything else. Way too messy. 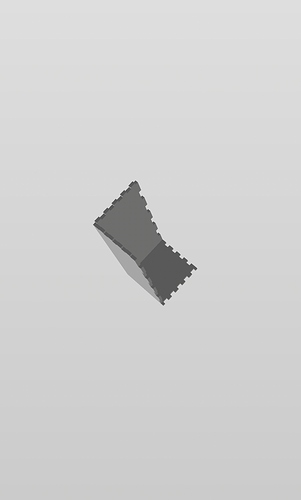 Well dangit! What am I doing wrong?

Okay, just now I tried it on my iPad using the email link and it worked! Something wrong with the workflow on a Mac I guess.

It downloaded without the proper extension for me. After I renamed it with the extension it works great.

Thanx for that. It gave me a little chuckle.

Hey Mark, got a F360 question for you. I’m trying to design a craft ruler in acrylic. What would be your recommended way to do the markings? They only need to be lines on the surface but not sure the best way to do that. (i.e., add later in AI?).

Okay, just now I tried it on my iPad using the email link and it worked! Something wrong with the workflow on a Mac I guess.

I’m using a Mac as well, so I just tested this out to see if I could figure out the workflow. If you double click the file icon trying to open it in Fusion 360, that doesn’t work. On my Mac, it opens Inventor Fusion which I have an OLD copy of, which will not open the downloaded file, and of course no new version of it exists. I imagine if you don’t have any other viewer on your computer, that explains why it wants to open as text or not at all. 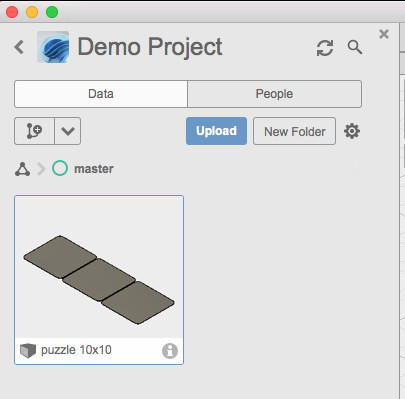 It tries to be a freeform and parametric CAD at the same time, and everything else. Way too messy.

I haven’t dug deep into all the features of Fusion360 yet to know if it does any of them exceptionally well, but the idea of having all these functions in one program is something I like. After the past 25 years bouncing between CAD systems, 3D programs like 3DSMAX, Organic/Sculpting tools like ZBrush, and CAD/CAM bridges like MasterCAM, it’s just a workflow hassle moving between programs. Parametric modelers are rubbish for freeform/organic design but once you export a CAD model for sculpting work, you lose any accurate dimensioning you might need to maintain for certain features. The only other way to combine parametric CAD data and freeform/organic is using systems like Geomagic Freeform or CATIA (or other higher end modeling systems) and those are $20k+.

Yep. I figured no sense in modeling all six sides since they’re duplicates of each other and if you use the drawing setup in Fusion 360 to generate a PDF for cutting, you can simply duplicate the linework there.

I’m using a Mac as well, so I just tested this out to see if I could figure out the workflow.

It’s actually more complicated I found, there was a new update that you needed before the document was openable. So first time I attempted to upload the file on my mac I got: 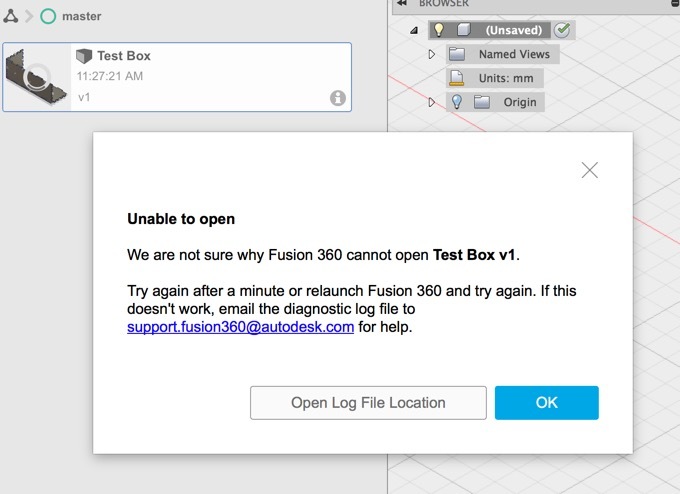 Then I followed it’s instruction and waited for a minute: 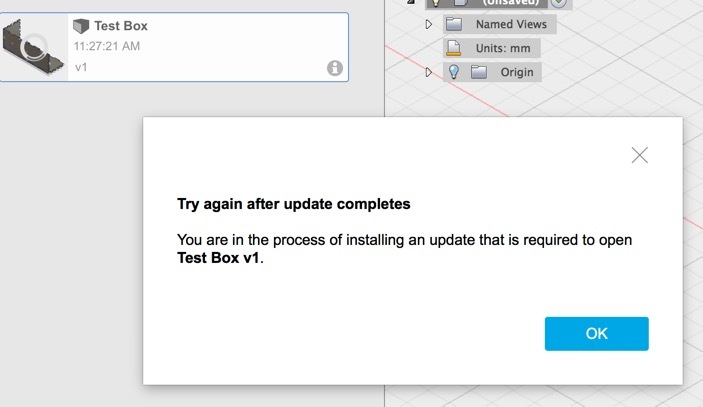 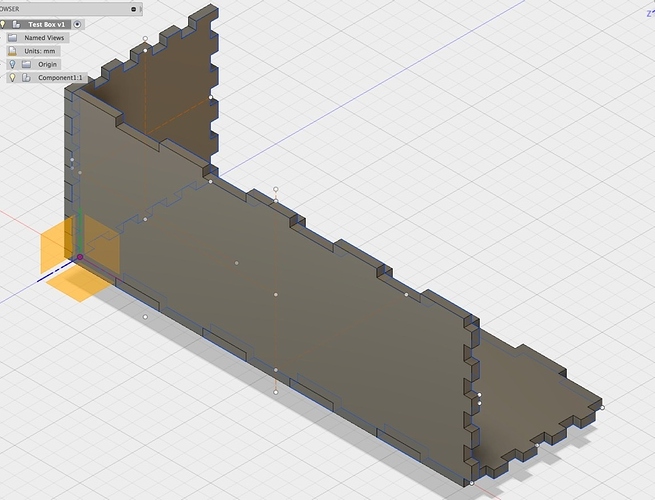