I am trying to do a photo engraving as a present for my boyfriend but can’t seem to get the settings right! What settings do you guys use? Thanks!

This really depends on the specific piece of material you have. Much of the key to good photo engraving is photo editing. I’ve done it once and it came out okay. Dirty is blow out the contrast and the use of dots for the engrave seems to give best results but fine tuning for each picture and material is unavoidable.

You will find a world of photo optimization techniques by doing this search:

What settings do you guys use

Two things I have found useful.
Transform the photo from color to greyscale in your art program. It will show you if it is necessary to lighten the contrast. (well, maybe after seeing a few successful prints it will be obvious).
Avoid faces with shadows. I have never really had good results from a face half in shadow. That becomes a rabbit hole of photoshopping rather than a contrast shift.

One more. Unmask the area of the photo and have some scrap to try things out before committing to a large or expensive resource. I have found photos on (unmasked) draftboard to have the most repeatability, since organic wood will never be as consistent. (Although nothing can beat a picture with a grain that enhances it, that is usually a lucky draw more than an intentional target). 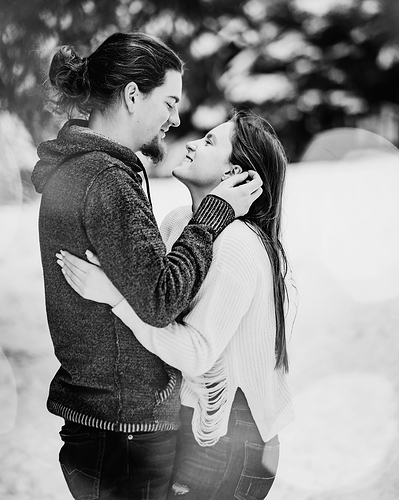 You might try removing the background with a quick select tool in Photoshop. You really don’t need it for a wood engrave and it will allow your cut to focus on your subjects. try something like this: 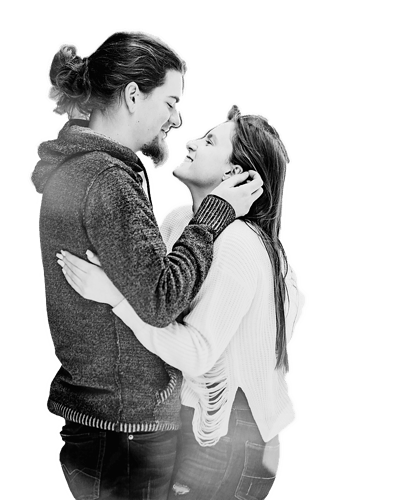 Your image should engrave just fine. Maybe boost the contrast a little more. What type of wood are you using? I find that light woods, such as the Basswood, or Maple work the best with consistent results. Since we’re already in BTM, I also like using whiteboard from Home Depot: Baby Photo Engrave - HD Whiteboard

I should also point out that I use SD engrave, with the LPI boosted to 340. I’ve never been fond of the Glowforge photo settings.

I find that ~as a default~ I use SD Graphic - but switch it from Vary Power to Convert to Dots.
Now, if I have any time at all I run a test of a section of the photo to confirm that’ll be the best settings, and I’ve got a good contrast going on the image, but if I’m in a hurry, that’s what I use.

It will, but it won’t engrave that way.

Hopefully this is helpful - I just did a comparison of the three SD Graphic defaults:

I needed to do a fairly large photo engrave, and I only had one piece of material - so I went through all my defaults to compare before I picked one. Since I had photos I thought I’d share with all ya’ll. I generally find that SD Graphic Convert-to-Dots is the way to go for photos, but the preview for that always looks terrible so I doubt myself. Here’s the proof The first block is Convert to Dots (CtD), the second Convert to Patterns (CtP), and the third Vary Power (VP) [SD Preview] Clearly…

I’m guessing that’s what you mean by “entire image goes purple” - if so, there is an image there, but it’s hard to make out in the preview.