Random Reboot Shortly After Power On

Occasionally, and randomly, my glowforge reboots shortly after power on.

I’ve tried using my glowforge with and without a power strip and the problem persists.

So far the glowforge only goes through one self-reboot. Once it self-reboots once it doe not self reboot again.

Can anyone tell me what’s causing this, and if it is a risk to my glowforge’s long term well being?

How frequently you talkin’? I think this is what it does when it gets an update.

I too share the same behavior. I sent an email to support about 2 weeks ago with requested date/time information; “they are looking into it” is where I’m at.

When your Glowforge powers on it checks for updates. If there are any updates, it’ll install those updates and may reboot if the updates requires a reboot. All of this happens before you’re able to start a print. An update won’t interrupt a print.

I’d like to investigate the reboots you’re experiencing, but I’ll need a bit more information. Could you please let me know the date and time this occurred last? Thank you.

I’ve tried using my glowforge with and without a power strip and the problem persists.

A Power Strip only serves to protect the plugged-in equipment from voltage surges. It does nothing to eliminate noise on the line or to mitigate voltage drops, either of which can upset computerized electronics.

If you think your power is the problem, you should consider a small battery-backed UPS. This would protect you from the same voltage transients and noise as an outlet strip but would also give you a minute or two of “ride through” in the event of a power drop-out.

I can’t say for certain when the last random reboot was, but looking at my log files, I have very small log files at the following dates and times:

Vee, I just sent my log files to support@glowforge.com with the subject

A Power Strip only serves to protect the plugged-in equipment from voltage surges.

On potential clarification – a plain “power strip” provides zero protection against surges – you’d need a surge protector (often found in a power strip form factor) to protect against any type of line surge. 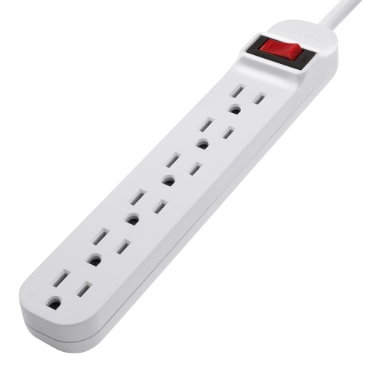 Surge Protection (but no battery): 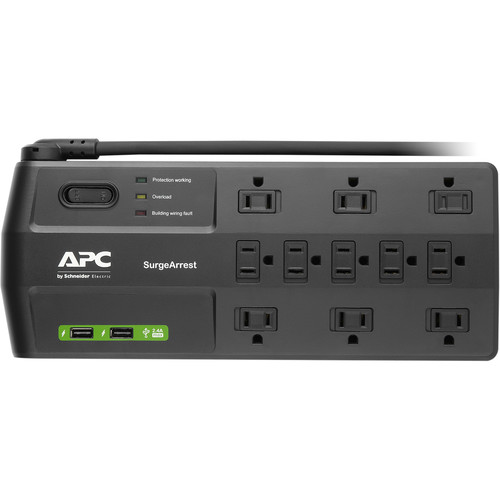 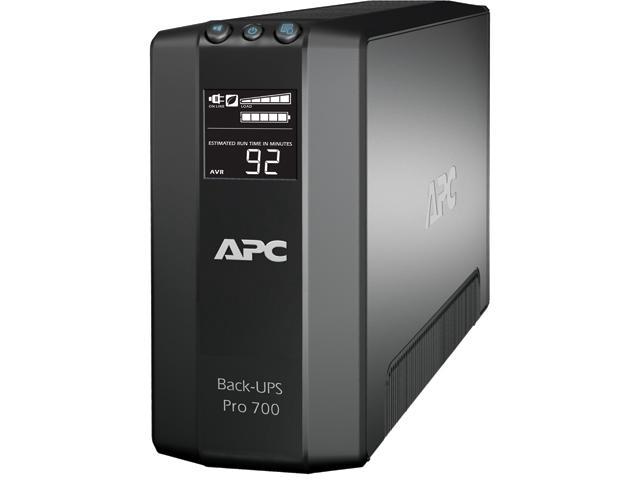 On potential clarification – a plain “power strip” provides zero protection against surges – you’d need a surge protector (often found in a power strip form factor) to protect against any type of line surge.

Agreed. But most strips nowadays contain the necessary “MOV” device to suppress transients. It’s a component that costs pennies. But yeah, valid point, make sure the strip you get says “surge” or “transient” protection or it’s not doing anything more than the wall socket it’s plugged in to.

P.S. I use the Pro 700 for my workstation PC where it gives me about 15 minutes run time. The GF is plugged in to a smaller 300VA UPS since I’m just looking for “ride through” on short voltage dropouts, not sustained operation without AC power.

The GF is plugged in to a smaller 300VA UPS

Have you tried unplugging the UPS while the Forge is attached to it and it is running? You may be disappointed. There are maximum wattage ratings for UPSs, which when exceeded, cause them to shut off immediately. This wattage limit is typically about 60% of the VA rating.

Did you catch the rest of that sentence you quoted?

since I’m just looking for “ride through” on short voltage dropouts, not sustained operation without AC power.

Have you tried unplugging the UPS while the Forge is attached to it and it is running?

Did you catch the rest of that sentence you quoted?

Yes, I did. If the load exceeds the max wattage of the UPS, it shuts off immediately. There will be no “ride through.”

That may not be quite enough for when it the Forge is cutting:

Worried about electric bill Everything Else

As it happens I was just looking over @aeva’s shoulder this afternoon while she was measuring power draw. It was about 40 watts standby, 300 watts when engraving, 400 watts when printing if memory serves.

The Forge is rate at 800W, so to eliminate any chance of overloading the UPS and shutting it off, you’d need a 1500VA. That is, unless that 800W rating is very conservative.

Why nearly double the VA? If the power factor was unity VA and W would be the same. To pass CE it should have a PSU with power factor correction and that would make it very close to unity.

Why nearly double the VA?

The GF should have a power factor close to unity, so you need a UPS with a VA and W rating both bigger than 800 to be conservative, or probably 400 in practice.

bigger than 800 to be conservative, or probably 400 in practice

Maybe a bit higher than 400 to be safe, since that is what Dan was measuring during cutting operations. If we shoot for 500W, then an 800VA-900VA UPS should be pretty reliable.

Looks like it although how you could legally sell a UPS with VA rating and no W rating that could not accept a unity power factor load I don’t know.

It makes sense to have both ratings or state just state VA and have W the same, but to have an implied power factor of 60% is bonkers. Especially since power factory correction has been mandatory here for IIRC about 10 years for things like computers.

Thank you for helping us investigate this. We’ve tracked down the bug responsible. While we don’t have a fix available now, the behavior is harmless, and doesn’t affect any other aspect of your machine or its operation. Thank you again for letting us know so we could investigate it for you.