Hi - I’m engraving and cutting both medium and thick acrylic but I’m seeing a ‘shadow’ around the engraved/cuts area when you hold up the piece to the light. Almost like the acrylic is fracturing a bit around the cut. I’m not altering the setting s - I’m using the Proofgrade settings for engraving (HD & 3D - depending on design) and cutting? Any ideas?

I’ve tried to take a picture but it just doesn’t show well - but it’s kinda like the acrylic is broken underneath - around the engraving and cuts. It’s still smooth to the touch but not a clean looking product…

Is it Proofgrade acrylic? (If not, they are not going to be able to give you any suggestions…too many variables in non PG materials.)

You can try running tests on scrap until you determine the optimum settings for that particular acrylic. And you might need to mask it if it isn’t masked.

If it is Proofgrade, I’d be interested in seeing a photo…I’ve never noticed any fractures on the Proofgrade stuff…it’s always melted clean. 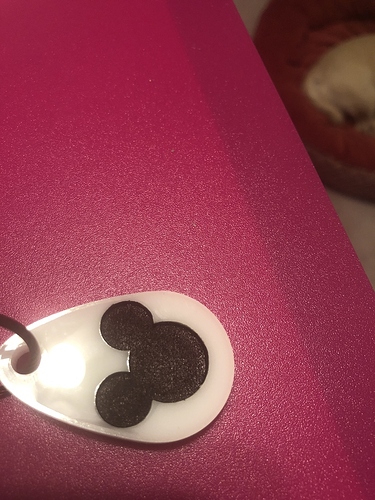 You can see it around the top…

First time I’ve seen anything like that…and it is hard to see. Is that extruded or cast acrylic?

Sorry…I can’t see at all of what you’re describing.

I know… this pic might be better… see the ridge that is all along the cut line of Mickey? It’s a change in the acrylic…I’m not even sure if it would be bothersome to anyone but me… 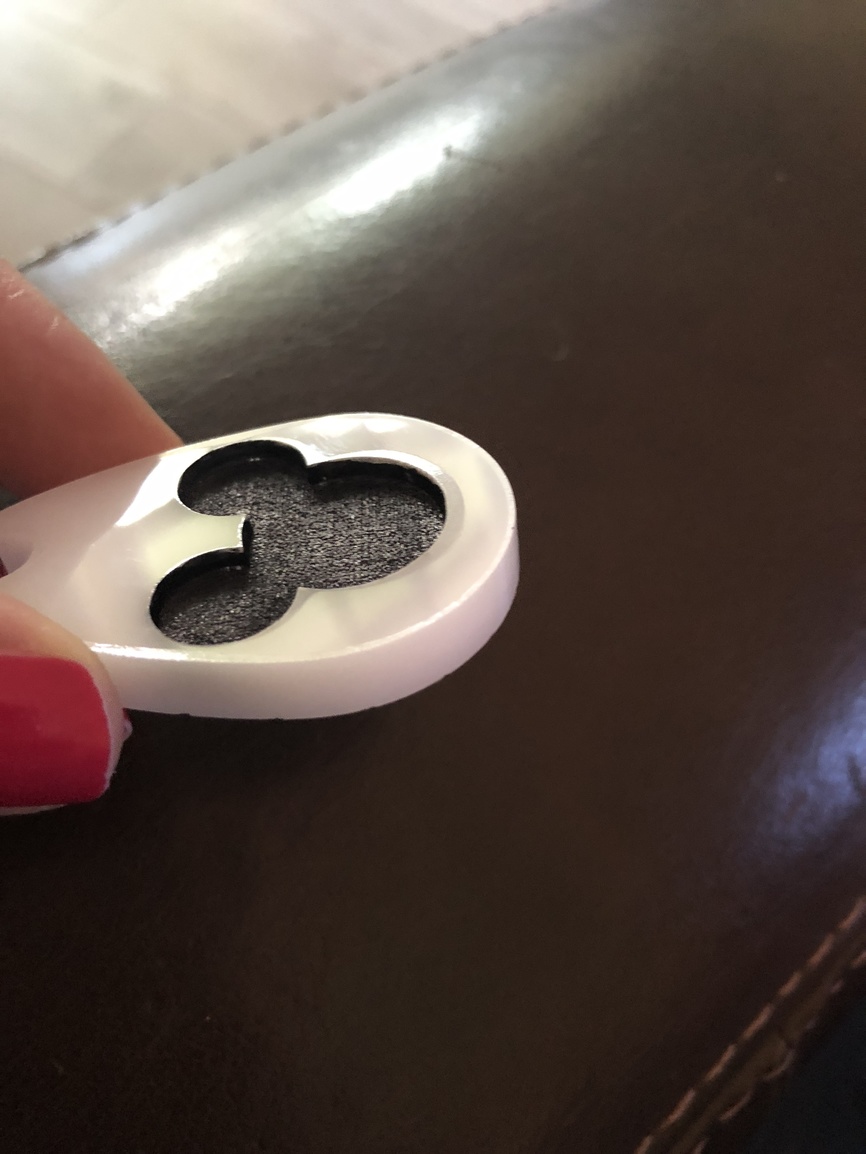 Where did you get the acrylic? Is it some kind of two color stuff, or did you paint it?

This is Proofgrade thick white acrylic…I didn’t do anything to the surface; it was masked (comes that way) and the engraving; cut settings are Proofgrade… I didn’t make any changes…

Hmmmm. Never cut any of the white…maybe that’s something that happens to it. Did you leave the masking on when you cut it, or had you removed it for the engraving?

Left the masking on…I appreciate your efforts to try & figure it out. Maybe Glowforge people will respond. I still like the look of it… the acrylic doesn’t feel weakened. I will carry it around a while & see how it stands up.

Just saw that Staff is on it… thank you!!

You know I’m wondering if it is a heat reflection effect on the white…we saw something similar with light colored PLA when we were trying to print it…had to adjust the temperature on the bed to keep it stuck down, otherwise it curled all over the place.

Going to be interesting to see what’s causing it…I need to see if I have any white to play with.

I really like using the white & black … I just looked at a black one that I did and that fracturing is there, as well, but not as evident. Hopefully there is an easy fix…

Just looked really closely at the black acrylic basket I did…yeah it’s there as a slight rim around the cuts, and it appears to be everywhere, but extends farther on corners and places where the beam would have slowed to turn. You might be looking at a natural result of using a laser on plastic.

And maybe it’s just more noticeable on the white. Also might be worse on the thicker acrylic, since the beam is moving more slowly.

Interesting. You might try speeding it up to see if the effect is reduced. (Might have to do a second pass.)

I’ve seen this on all acrylics but it is more noticeable on white and black and basically invisible on clear/transparent. The smaller or more detailed an item is, the more noticeable because you’re already focusing on detail. Also on smaller items and round paths where the laser essentially is not accelerating up to full speed, it’s putting more heat into the material.

Since its likely heat stress, making tiny adjustments to power might take care of it. Increasing the speed for a small object where the laser isnt even moving at full speed anyway, probably won’t have any affect.

I see it now. Not sure I’ve ever had that happen to me and I use LOTS of acrylic.

I’ve seen this on all acrylics but it is more noticeable on white and black and basically invisible on clear/transparent. The smaller or more detailed an item is, the more noticeable because you’re already focusing on detail. Also on smaller items and round paths where the laser essentially is not accelerating up to full speed, it’s putting more heat into the material.

This is what I experience as well. I’ve always thought of it as a little heat “shadow” and it’s more more noticeable on black, white and on mirror acrylic. You’ll see that there’s a little tiny lip on the cut as well and it’s just not avoidable becasue the cut edge is being melted. You can adjust a few degrees here and there and dial in the best setting for that particular piece of acrylic and keep it at a bare minimum, but keep in mind even the same sheet of acrylic can have a quite a thickness variance. The setting you dial in may not work as well on the next cut.

Really cool pendant! FWIW, I really don’t notice anything either, but the artist is always the most picky about their own work.

Just wanted to thank everyone for their comments - sounds like something I just need to understand is part of the material. And yes, I do think I’m probably being crazy critical about it - I showed a couple of people in person and they didn’t even notice it.

Thanks to all!!! Phoebe