Due to more of my wife’s work shenanigans I bought her six similar shot glasses at the thrift store. In a burst of inspiration I made a custom carrier for them. Beginning to end this project took about 1/2 an hour and I am quite happy with it. The blue tape denotes the 1.5 oz fill mark. I am going to replace the bolts with something prettier later. 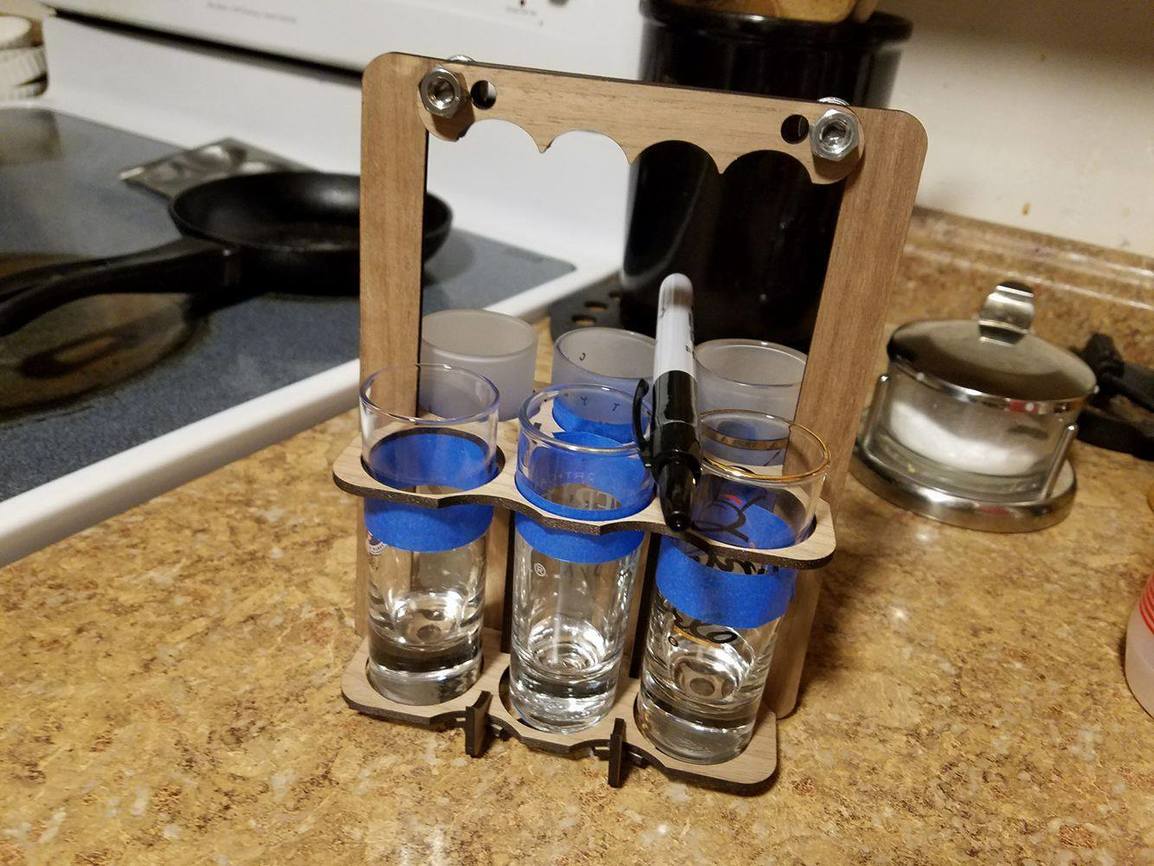 I love the detail you put into these things - the circular cutout theme really works!

Thank you. I just noticed yesterday how many circular things I cut with the Glowforge. My desk is littered with little disks of wood, acrylic, and even leather.

That is so cool! It’s like an itty-bitty beer carrier!

I see a design like this in my future. Very nice!

Nicely done. You might be able to engrave a line in the glasses too. The curved shapes make your design interesting.

Very cool. Always great to see something practical and fun!

When I saw the title of this post I thought it was going to be a carrier for engraving multiple shot glasses. (And indexing them in sync)

Wow, I’ve been really impressed with how quickly some of the ideas go from concept to finished. Love the design asthetic.

I wrote that tutorial a few months ago:

I’m buying a Glowforge primarily to expand the range of gift and souvenir products I sell. That will likely involve low-volume production of various items including etched shot glasses. As nice as the Bur-Lane Rack Star system seems, I’m concerned about whether (A) it will fit in the limited z-height of the Glowforge and (B) how long it will take me to sell enough shot glasses to pay for it. After much thought and some experimentation on how to make a jig that will hold several shot glasses in p…

Hey. Did you get that salt cellar at the spice store at Pikes Place Market? I have one just like it.

And filing this away as a design for when I start making thins for myself rather than always testing new products and designs.

There is a good chance I did. It has been quite a while though.