Here’s a nice new plugin for Fusion 360, by Autodesk themselves. It’s called Slicer, but it’s not the 3D printer type of slicer; it’s actually better suited for laser cutters (and CNC routers)!

It gives you a bunch of options in how to slice multiple layers of cardboard, plywood, etc, and produces the 2D maps for cutting out everything. 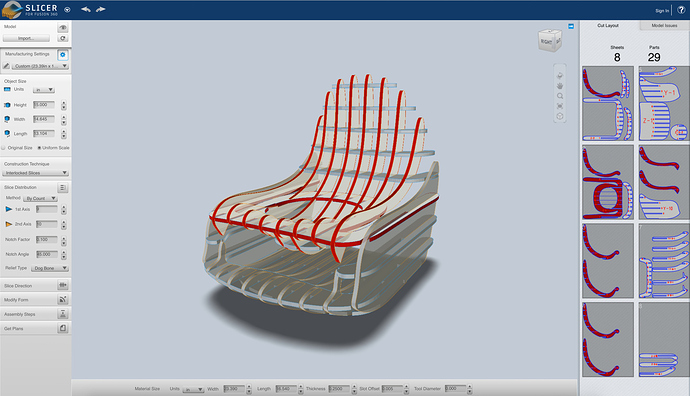 This video explains it a lot better than I do: https://www.youtube.com/watch?v=4fFH_TcI-9U

Looking forward to building some cool interlocking models with this!

Great find! I’ve bookmarked it for after I learn f360.

Ah it’s 123D make. I guess they finally ported it. Thanks, I’ve been waiting on this

Whew! I’ve been carefully conserving the 123D Make installers for any new computers… I’m so glad to see this drop.

Here’s an example of it running in standalone mode. I imported the hanging lamp sample shape, made 3 adjustments to slice type and direction, and voila, instant dalek/darth vader lamp! May have mentioned this once or twice, but I can’t wait to get my 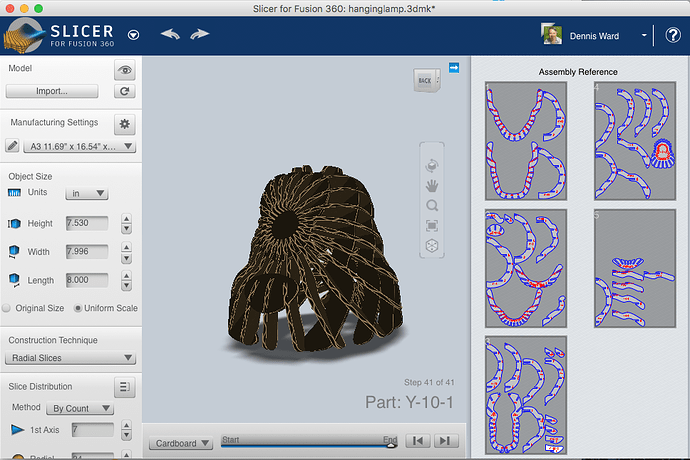 Thanks for the head’s up! That’s the 123D Make program that they were planning to incoporate into Fusion 360, and it looks like they just did.

Me too. I panicked. I was hoping this was why they axed it though. Yay!

I’m both super excited and super frustrated right now. The win 64 zip file is corrupt and I won’t be able to install until they fix that!

Looks like it is quite a bit better than even 123 Make. This could become a MAJOR tool for myself as well as several others here. A laser and a slicer is a marriage made in heaven… Okay, a marriage made at Autodesk but you know…

I’m kinda hating on you right now for having a mac and me not… Maybe they will have the win64 fixed by tonight. 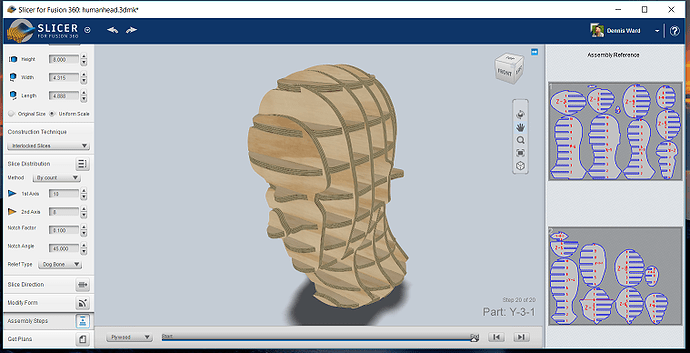 The 32 bit version works just peachy on my Win10 laptop:

This is great news to see!!! I’m was afraid as well of losing the 123D Make capability! Glad it found it’s way into F360 before I really need to use it!

Now, I’m hoping 123D Capture can makes it way in to F360 so there is a nice fluid work stream from a 3D object captured with pictures from my cell phone, to slicing it, to printing it on the GlowForge!

For those not aware, 123D Capture uses your pictures to create a 3D surface object which can then be modified…it’s accuracy leaves much to be desired; however, it has to start somewhere…right?!

On my phone, but it’s on the page linked to in the OP. Click the gray
Windows box, then Download in the right column. You need a free Autodesk
account, but you’ll want that for F360,-too…

this is pretty frickin’ exciting! thanks for sharing, I already downloaded it and can’t wait to play around with it.

On my phone, but it’s on the page linked to in the OP. Click the grayWindows box, then Download in the right column. You need a free Autodeskaccount, but you’ll want that for F360,-too…

Not sure what’s wrong with me, but I went to the link in the OP and all I get is the 64bit. When I click DOWNLOAD on the right, it just starts downloading the 64bit version selected. 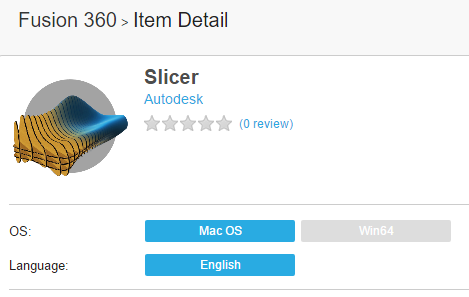