My daughter is doing a children’s story for visually impaired children. We are using affinity designer. The story is printing Braille raised dots using “puff paper” and visuallebraille font so both sighted and blind can read story. After corrections to kern, etc the font is exploded into dots and connections between characters. Snapmark were imported and size corrected per standards for spacing, alignment, and size. File printed on laser copier at 100% no scaling. Svg was exported as 96 dpi using standard settings. We placed the paper in machine with printed words and snapmark symbols (magnets holding down paper). Hit the “magnet” in GUFI and Glowforge accepts the marks. Confirm paper thickness and engrave settings. Glowforge is puffing paper raised dots that are consistently off from dots on laser printer. It’s not a scaling problem, just off (up and right) enough to be annoying. Not sure what’s wrong. 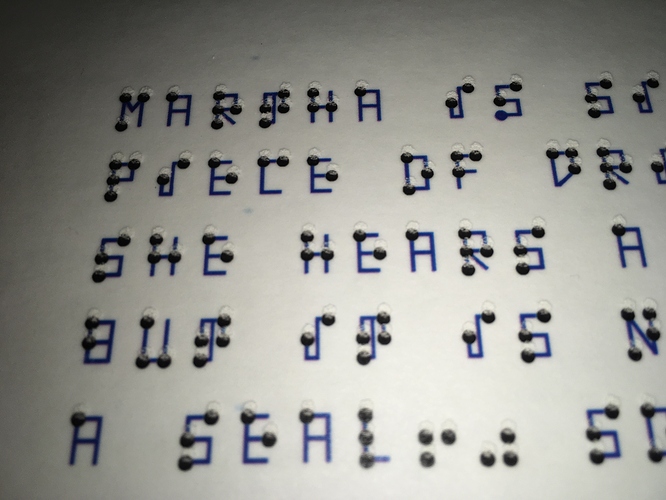 I later ran a test with just 4 crossing lines test patterns and “cut” them instead of engraving and the cuts were spot on. the mystery deepens… 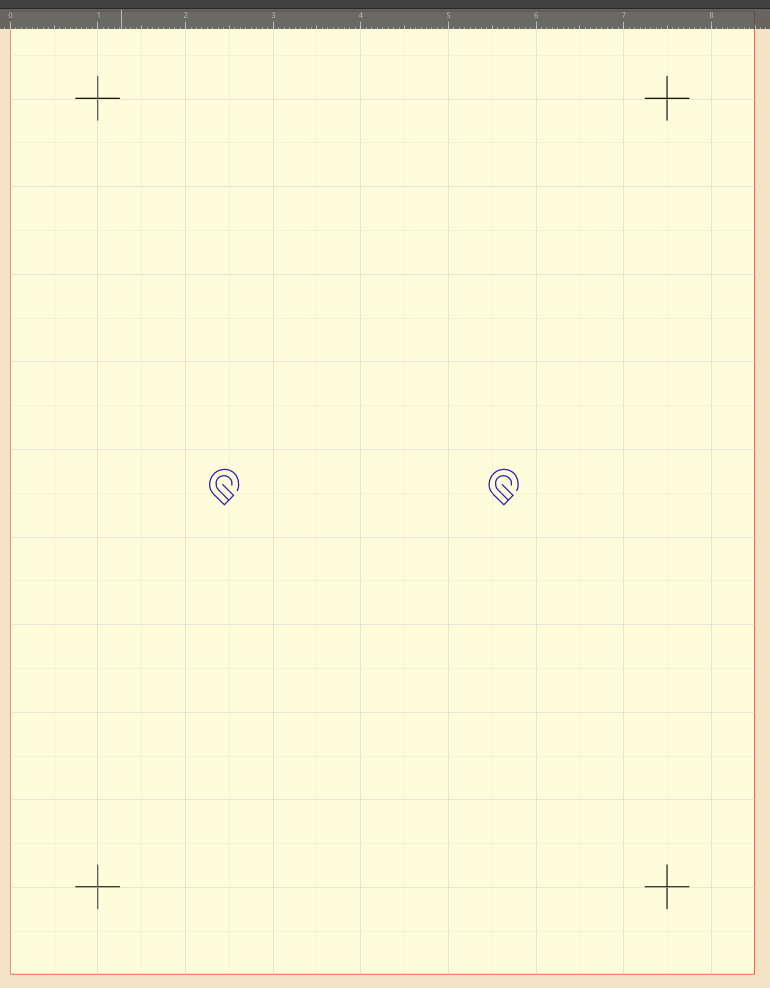 What a great use case for Snapmarks! I hope you can get it to align correctly.

Just FYI – Support will most likely suggest you post this in the Snapmark Beta thread, as mentioned elsewhere:

Thanks for the feedback. The Snapmark feature is still in beta, so the support team is can’t help with troubleshooting yet, but you can receive support here: Introducing Snapmark (September 2018)

I was going to agree with @jbmanning5 on this one, but the test pattern cutting right is a bit of a mystery. Unless you rebooting before running the test?

I have experienced this a few times were prints way off that proved to be just an error during the calibration process. So if that was the case a reboot would help. but in my experience it will continue to be off until the calibration is run again. Interesting.

Just an off the wall thought, but have you tried printing the paper on a different printer? Keep in mind that with print-and-Cut, which is similar to what you are doing here, the printer calibration is part of the equation.

Just FYI – Support will most likely suggest you post this in the Snapmark Beta thread, as mentioned elsewhere:

You beat us to it @dwardio!

@markwkruse I’m very sorry for the frustrating experience. As @dwardio mentioned, if you post in the snapmark thread (Introducing Snapmark (September 2018) ) the team may be able to provide some assistance there.