I’m excited to try the Snapmark feature on my GF, so I tried a simple test:

Any idea what’s going on? 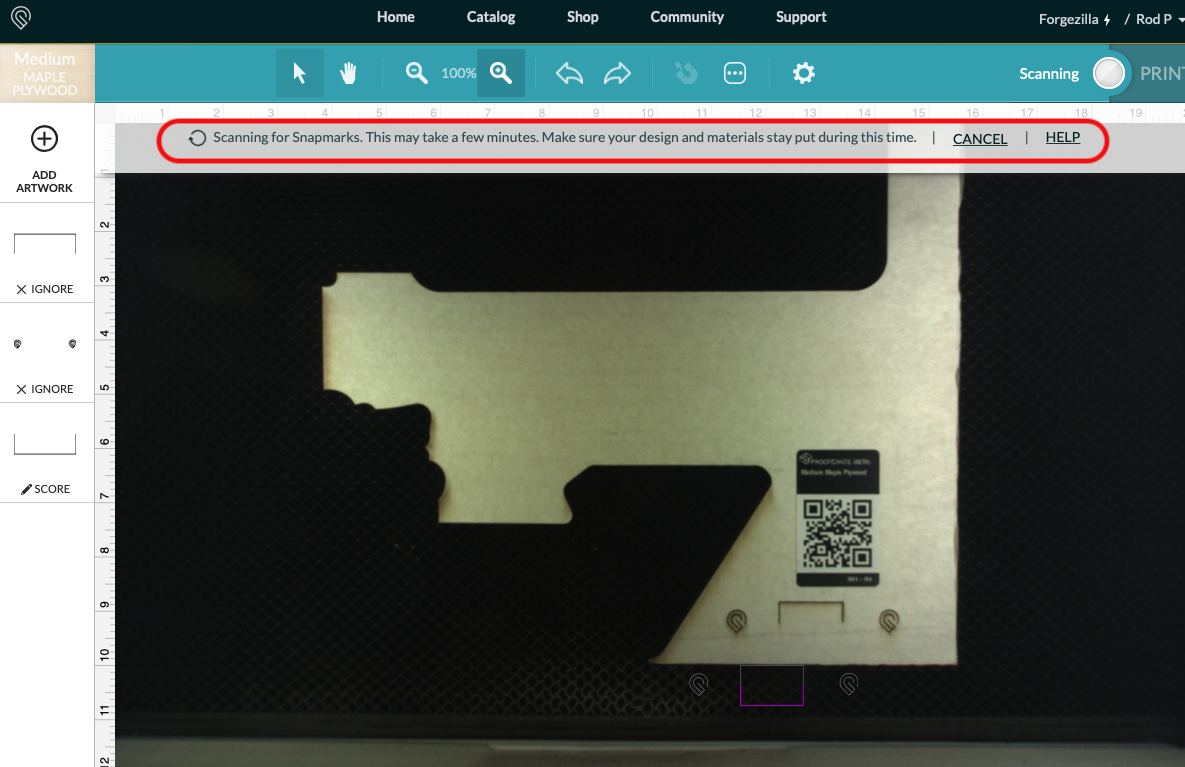 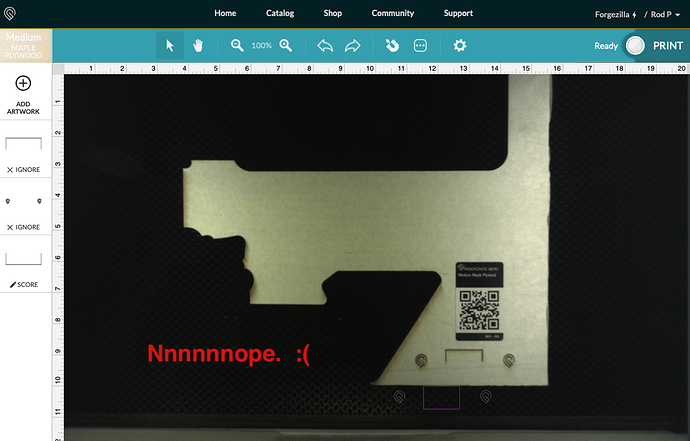 The customer Support staff doesn’t handle issues for Snapmarks, it’s still in Beta. If you want someone from the team to see it, report it on this thread:

No problem! (I’ve got some notes here that might help too…worth a read.)

Notes on Working with Snapmarks™

Introduction to Snapmarks :arrow_upper_right:This is the first thing to read through. (Obviously.)

1. If you have any problems… First report it to @bonny on the Introducing Snapmark thread to help the team develop a workaround. Tell them the dimensions of the snapmarks in your design program, the name of the design program, the version number and the operating system. 2. Make sure you do not accidentally reshape or rotate the Snapmarks…they will not work. 3. Other rules to follow …

I had this issue first few days I had the Snapmark feature added… Mysteriously it started to work, though (think I fully logged out & back in, maybe helped reset it?)… but do review the tips provided via Jules & others on the SM thread.

That’s heartening to read! Thank you for that, bansai8creations!

I’ll try some logout/login/power cycle voodoo and see if that helps.

Are the snap marks too close together? I find that they work best with some separation.

Thanks @Jules - that’s correct! If you have any Snapmark questions or trouble, that thread is the best place to post.

If you have any other questions, go ahead and open a new thread or email support@glowforge.com. We’re here to help!