Been hit by the dreaded ‘Stuck Scanning’ / ‘Stuck Calibrating’ issue that so many seem to be facing, and it’s frustrating on several levels.

Long time no see! 4+ years with no trouble to report?

@dan84 How does a 50 gram cable qualify as “large and heavy”? I would expect design flaws that cause failures to be fixed by GF. Not passed on to the consumer.

The cable is shipped in a long tube.

I would expect design flaws that cause failures

That is what the Warranty is about. I had no problem with the original black cable until I opened the lid too far just once. It is delicate so is shipped in a shipping tube to keep it from damage (and be very careful on install, the slightest touch with the sticky part will hold tighter than the force needed to damage the cable)
If one is ham handed they could go through a number of cables.

The cable is shipped in a long tube.

Mine arrived in a small square box coiled up with a single air bubble in there. This was just before the holidays.

Good to know. I wondered why they used such a ridiculous container when I bought one.

Doesn’t justify the high cost of shipping, though.

I would be very unhappy if I got one like that.

My existing cable has not failed yet, so I have not used it to verify it works, but I didn’t see any damage to it so hopeful it will work when installed.

I only ordered it because I had some other stuff I was ordering and since it was free shipping added it. I was scared to death they’d just toss it in the box with the

seeing the disaster of

shipments I’ve received before so was plenty thankful it shipped in its own box.

Ditto. I had credit I would never use so I picked one up a couple of years ago, but the original is still fine 4 years in.

i make sure I don’t open the dang lid nearly enough cause a problem.

Count yourself lucky. Here was my receipt from a few years ago:

And mine also came in a large cardboard tube.

I’m pretty sure at the time that worked out to over $90 Canadian.

Thinking it’s only a big deal when a person thinks about it. Don’t know about y’all but if they had charged $50 with free shipping most wouldn’t complain. It’s a custom part so I was surprised the price was that only $19.

Tho generally it only works out that the free shipping is US only, so would be $50+($20~$50)Shipping elsewhere.

I think the crux of the matter here is that this is a well-known problem due to a design flaw in the early GF units. Why wouldn’t you (@dan ) address this proactively, rather than waiting for the issue to occur, then charging $40+ for a part, then having the customer apply the fix themselves? Even after receiving the part you are not out of the woods - Several folks have burned out the PCB when replacing the cable. Custom parts need custom expertise to ensure it is properly installed.

I ordered 2 last month and they came rolled up in a small box as described. They held up fine though. I still have never had one fail on me. I just had loaned out mine from my machines when they were out of stock. They still do well. But then again, I dont cut much on my machine and so it does not get the harsher environment.

This is just sad - Arrived finally after many delays and the cable is just in thrown there in a box with some air pack. Will try it out and see it it works… 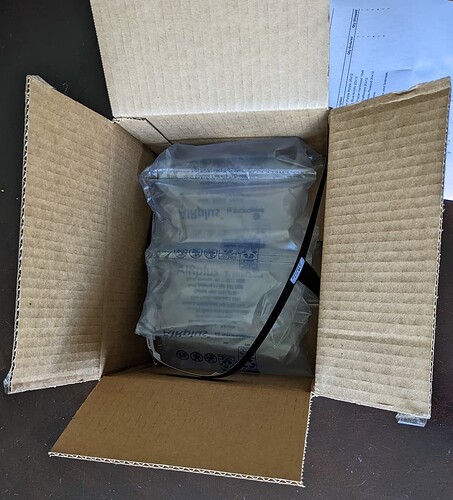