Ponoko has a cool new material: MDF coated with a black or white “paper-based laminate” on one side. 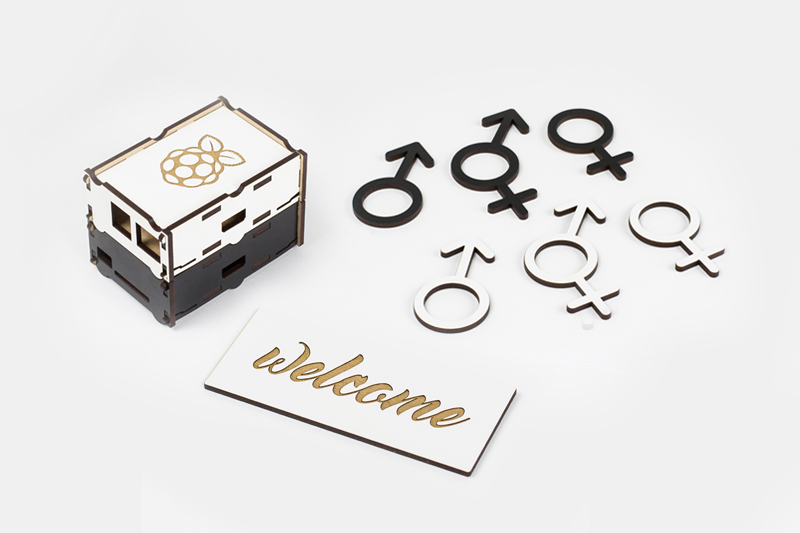 Waiting for a sign to start making? This is it! The new Coated MDF just introduced to the USA catalog is perfect for signs, electronics enclosures—and more.

Obviously you could do the same with Draftboard. It would be a cool addition to your

Proofgrade lineup! And of course you could do more colors, not just black and white.

As someone who uses lots of proofgrade I like this suggestion. Would be great for those times when you need a finish but don’t need to pay for a wood vener…

Yeah, I would expect the price to be somewhere in between plain Draftboard and Proofgrade plywood.

Johnson Plastics has similar material; although I haven’t tried it yet.

Ha! Your edit popped up right as I was going to ask for a linky.

Johnson Plastics has similar material; although I haven’t tried it yet.

Aha. Those LaserBits Duro laminate sheets do look exactly like what Ponoko is advertising. (In fact, I’d be willing to bet that this is what Ponoko is using.)

Ha! Your edit popped up right as I was going to ask for a linky.

And while I was replying with one.

I only knew about it because I placed a fairly large order with JP on Sunday, and almost purchased some of the black and white material, but decided that I was already spending too much–and I don’t have any projects planned to take advantage of it.

As much as people were giving the Proofgrade concept a hard time when it was first announced; because of the MDF core, it seems that JP and a few other providers sell very similar “plywood” with a couple of different core options.

Thanks for the suggestion! I’ll make sure to pass it on.