The Battle Rages On

Yeah, you don’t really want to know what the capability of a vessel like that is. It’s ridiculous.

@markevans36301, yeah, and our replacements are out there right now, on and under… standing ready.

They tasted and looked fine

LOL!!! I have been telling my wife for years that eggs keep forever. She tosses them way too soon after the date on the box.

I’m going to use your information to tell her to wait 30 years, then she can throw them out!!!

She doesn’t know the float test? If they float, they’re too old. If they sink, they’re still good. (The shells become permeable over time, and air leaks in, makes them float. If air can get in, so can bacteria.)

Way in the back of my mind, what is left of it

I sort of remember reading that at some point in my life. Thanks for the ‘Brain Refresh’.

Now I know what I am going to do today, get a bowl of water out and start floating eggs!!!

That was one of my first projects. I’m traveling now, but let me know if you want me to share the design for this next week. 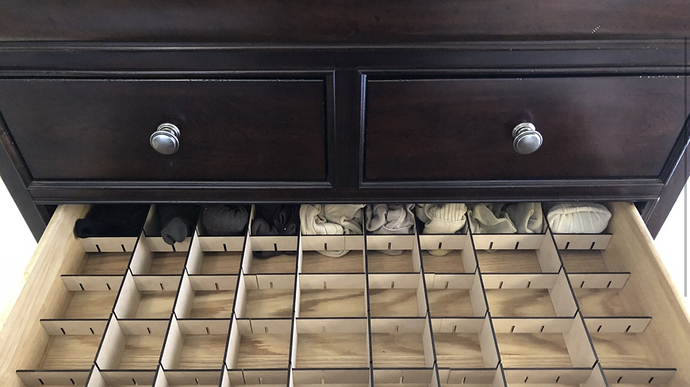 one method Iheard about was taking fresh eggs, dunk them in parrafin making sure to completely coat the shell. supposedly the eggs will keep for nearly forever in a cool place.

All you need to use is a thin film of mineral oil. (They last for months.)

that is really slick! sure if you want to toss out the SVG I’ll sure be happy. Along with a few others I’d imagine. Safe travels! 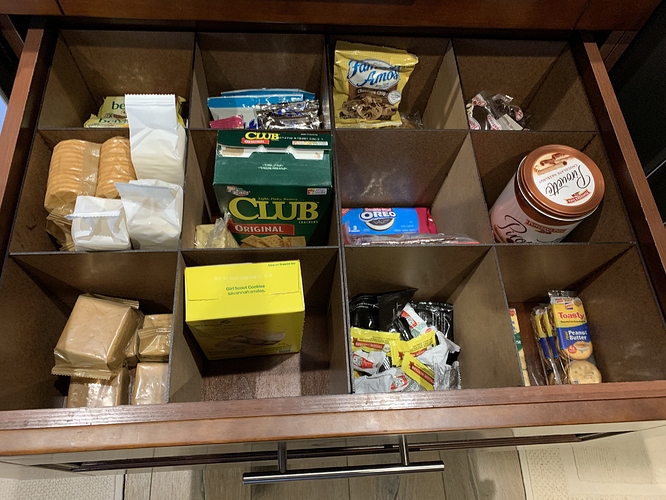 I’ll be sure to drop this in - as well as some that I did for a t-Shirt drawer. Probably will be middle / late next week.

That duty made life on a bird farm (carrier) look primitive… so long as you were good with being submerged for months at a time.

That’s why the food was good. They tried everything to make up for being in your own little world. Unlimited power helped too (although the carriers had that too…we really need pocket reactors).

Yeah, I was fortunate to serve aboard Enterprise, the first nuclear powered carrier. We didn’t have “water hours”, life on the old oil burners was very different…

Yep, the fact that a ship that size routinely outrun her escorts (fast enough to waterski behind), and sail at flank speed for years without refueling gave me a new perspective on nuclear power.

I like this. I would make some for ourselves because I like them - but cans don’t last that long in our house!

, dunk them in parrafin

Hanging out with many in the long term sailing crowd the paraffin egg trick was commonplace. For myself I kept cans of golden mushroom soup, dried grains like barley or oats, a sack of onions, cans of sweetened condensed milk, and plenty of fresh water .

The onions would last for months, and the rest nearly forever, so all I had to do to go sailing for a week or more was to get aboard and go. Clothes were not an issue as we rarely wore any more than a swim suit. As for meat and vegetables (and key limes) I was able to forage a wide variety that would go into a stew for variety that could be as thick or thin as success would allow.

I vacuum seal meat. Ate steaks from 2014 the other day. If the bag gets damaged and freezer burned, it becomes part of the next batch of supplement food we give to our dog Lucy…

And never feed him after midnight!!!

They sell that for extra and call it freeze dried.

I have spoken with many folk who have lived in rural Mexico where a high tech stove was nichrome wire nailed to a brick and a refrigerator or freezer imaginary at best. So when you killed a large animal you would dry the meat in the sun and store it in a pile like so much firewood until time to eat it at which time it would be soaked in what passed as marinade and cooked as Carne Seca.

You could find real Carne Seca in Arizona but I have never seen it east of the Mississippi River. I did find a very traditional Mexican restaurant and inquired of the owner why with everything else so authentic, that one thing was missing. He explained the he had indeed grown up in Rural Mexico and knew precisely what I was talking about but that any food inspectors would shut him down in an instant if it was even in a bag in the freezer, so he had to make do.