I’ve been working on a few ornaments, and wondered if a “show off” thread would be useful/inspiring for a consolidated place of awesome? These are a few designs I and some VIPTM (very important people to me) have been collaborating on together. Please add your own amazing and fantastical works 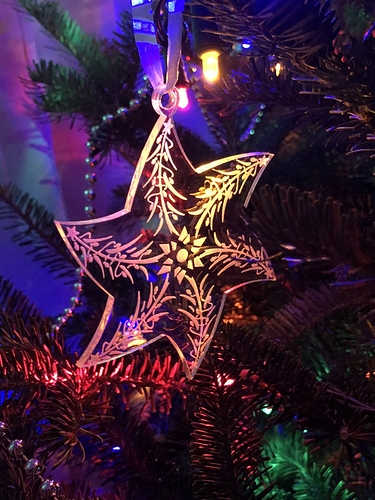 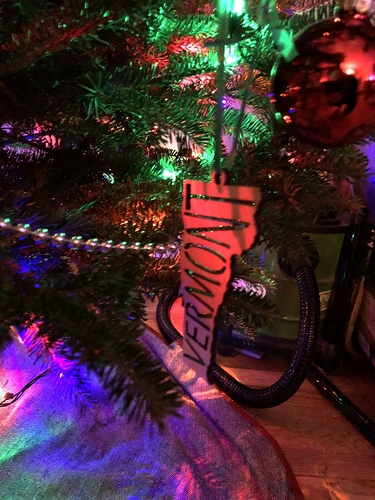 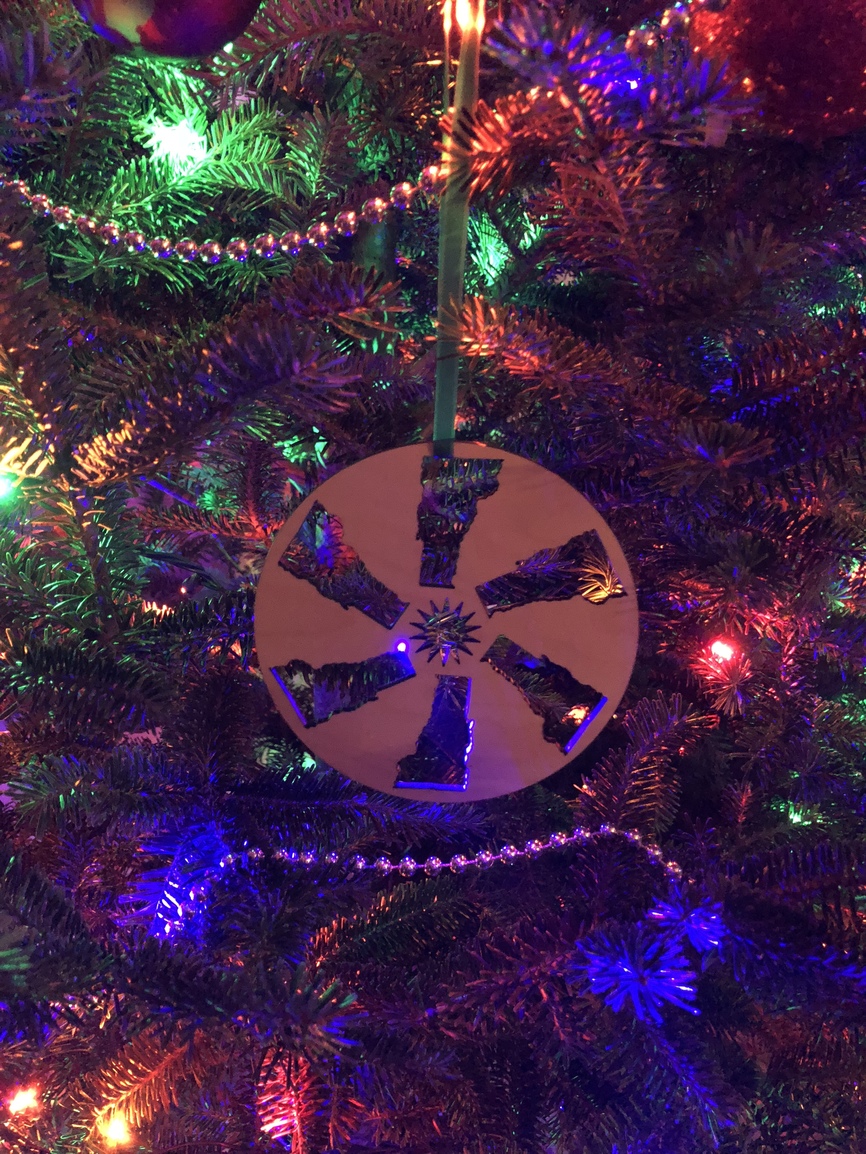 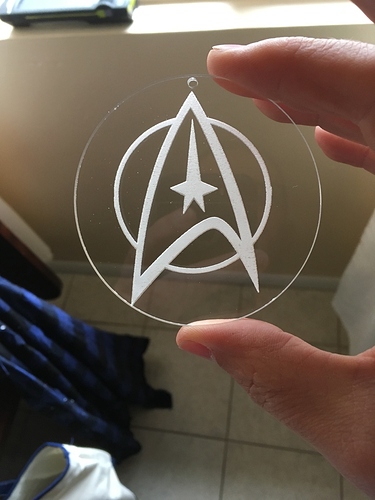 They all look great! 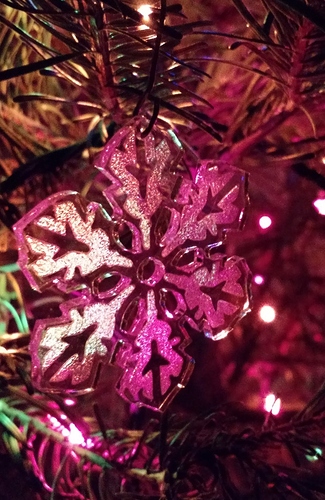 Slightly larger than a silver dollar. Inspired by @mpipes, I flooded the clear acrlic engrave with acrylic solvent. That has a polishing effect that plays nicely with the light.

I love how clean the acrylic comes out.

That’s really cool, more of a sparkle to it!

A few that I’ve done for family and friends. 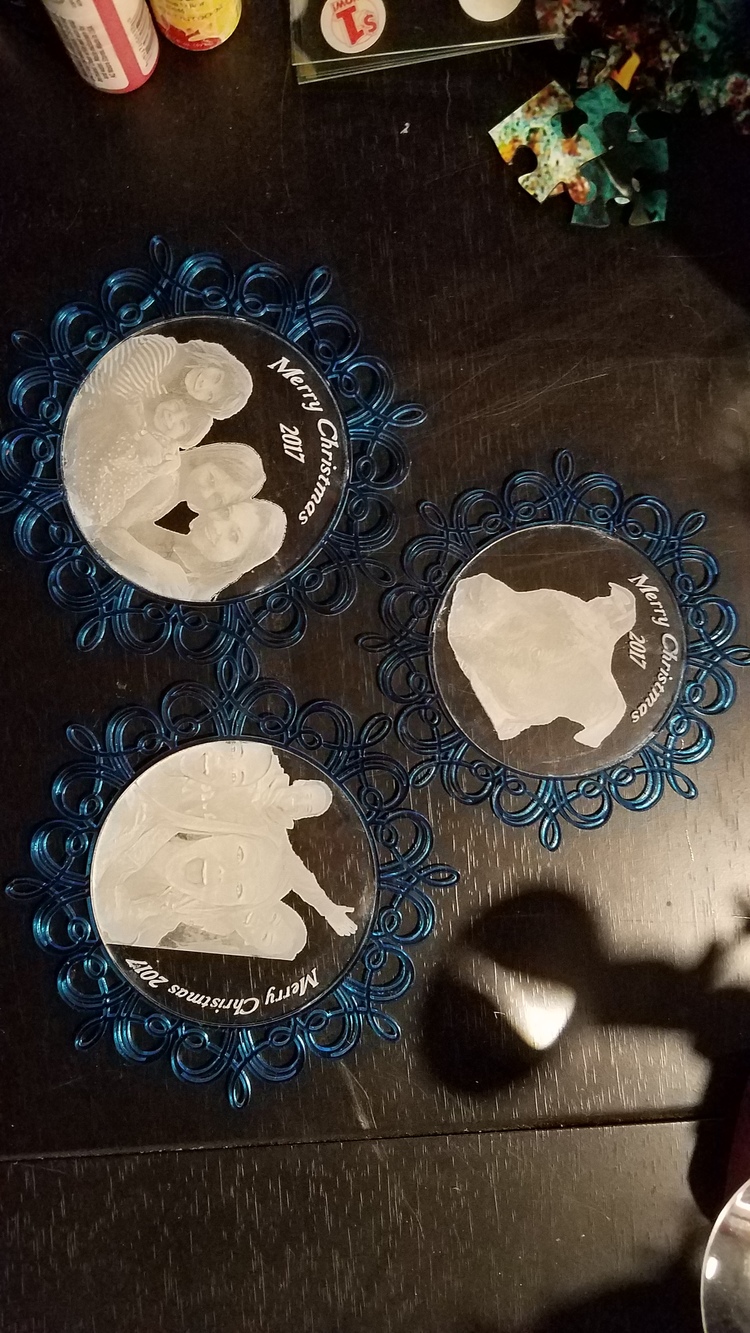 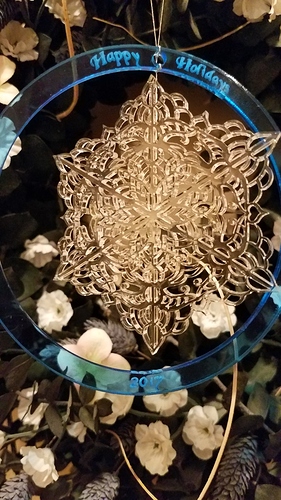 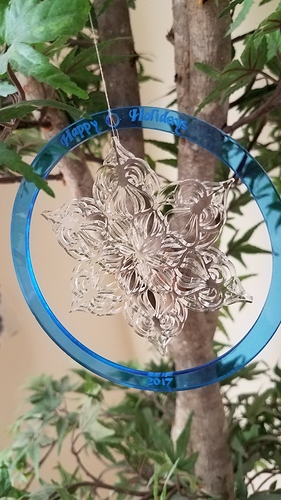 I really like the two color acrylic! The photo engraves came out great. Did you invert the shades for those?

Just the one so far, but I plan to use the same idea in acrylic to do a snowflake!

This is the ornament I made my friend for his son’s first Christmas. I made a bunch of coasters as gifts and had a nice thin, light weight one and thought it would make a great ornament. 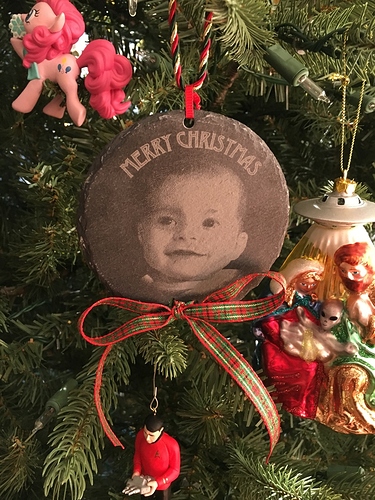 Looks great!
I have a bunch of slate coasters but haven’t gotten to play with engraving them yet. SOOOOON though!

A word of advice about engraving photos on slate…Convert your images to a half tone images in photoshop first. Don’t trust the glowforge interface to convert it into enough dots on its own. The slate doesn’t do a great job with gradients so you have to go a little overboard with the half tone. And make sure you have a nice high contrast image. I recommend doing small tests on one piece of slate so you don’t waist a whole coaster trying to get it right.

Thanks for the advice!

I showed off my gift tag with removable ornament, but will put it here, too. 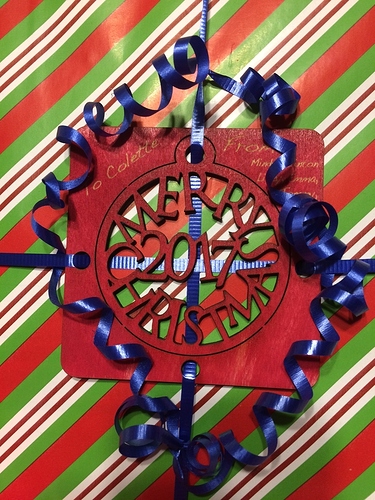 Also, I did an order of 34 cartoon-rodent ornaments and had to make the box worthy of them. I’ve seen at least on other Glowforger that made a similar deviation on the original metal ornament, available at certain theme parks with sparkly and shine. 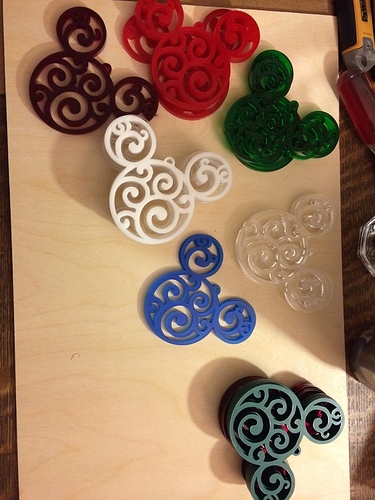 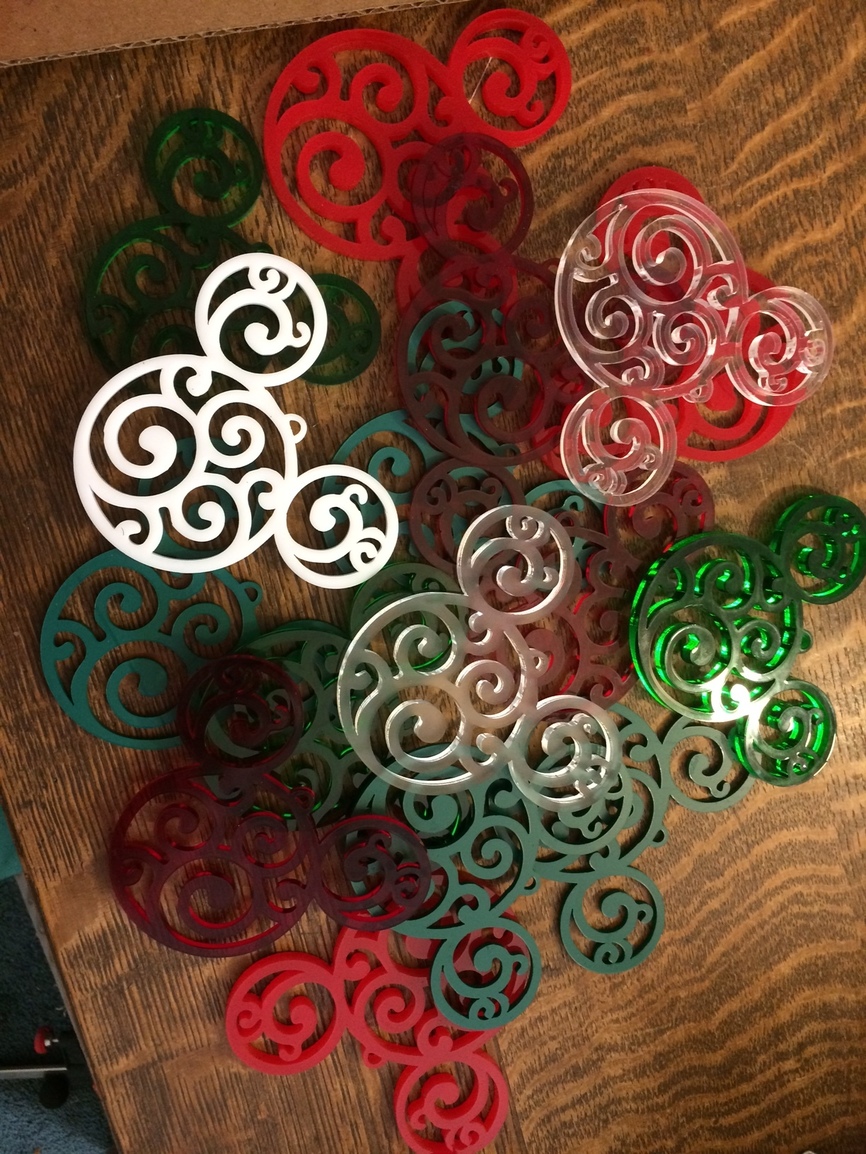 The skeleton of the box: 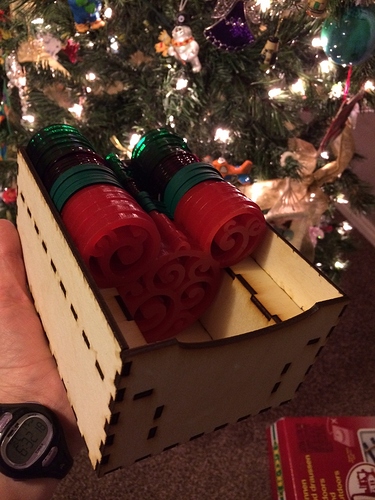 And then with felt inside, double-walled to be pretty and hide the finger joints. 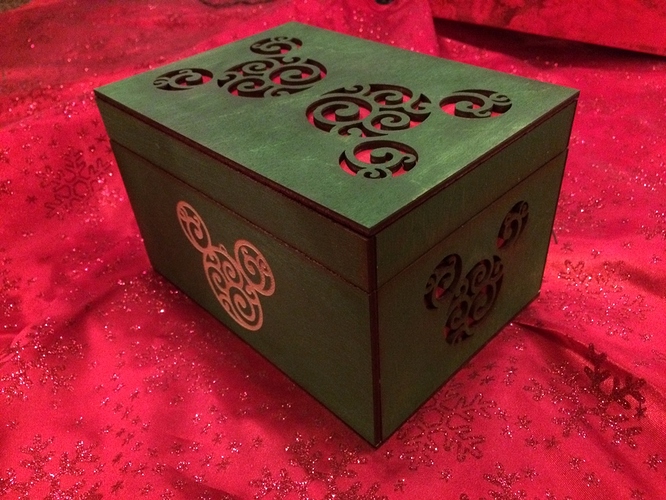 I’m working on other designs as well, and I sent some punch-outs with my Christmas cards; but no photo of those.

I recommend doing small tests on one piece of slate so you don’t waist a whole coaster trying to get it right.

I have to show off one that I was just gifted with…@tait created this one…isn’t it gorgeous and delicate in acrylic? (I need to get some ribbon!) 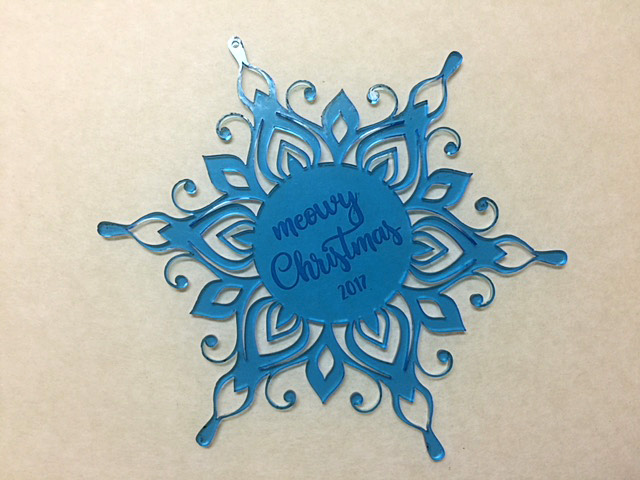 Many, many thanks @tait !

for a door not a tree, but still fun! 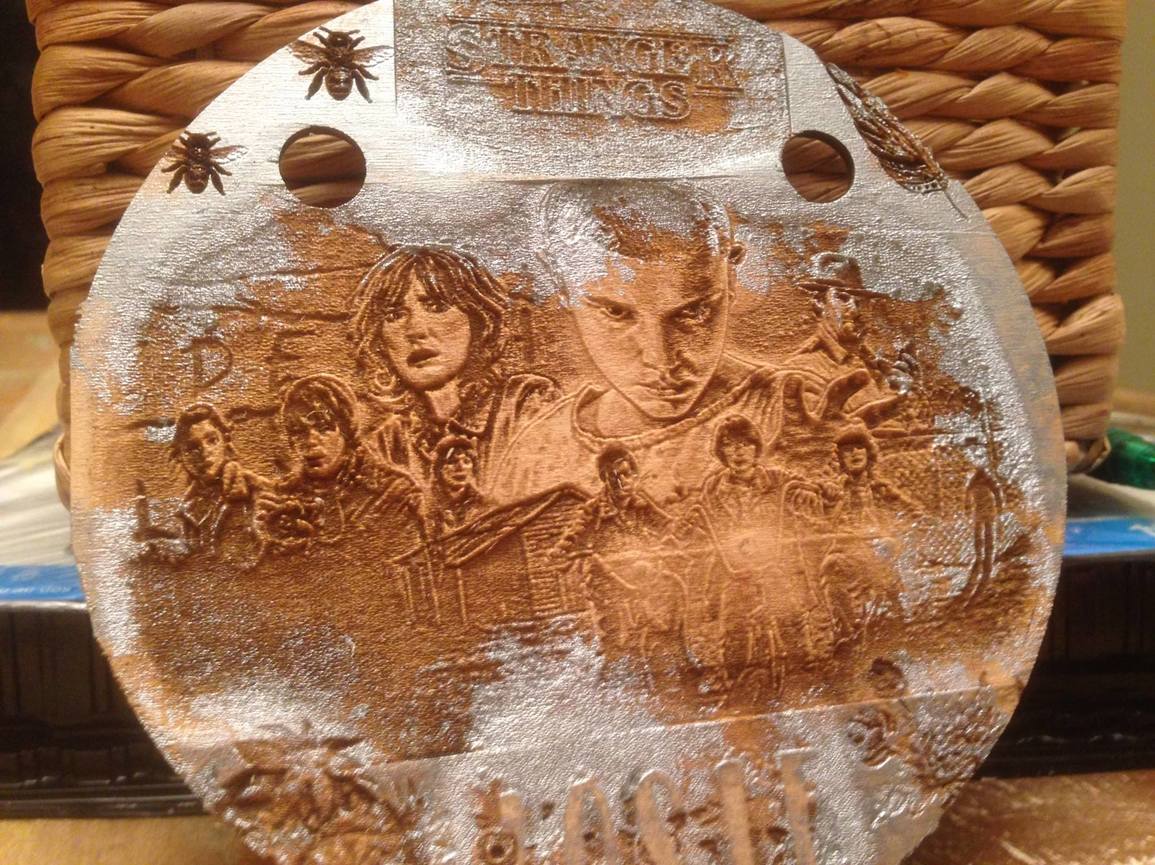