Tube wont light up and machine is acting odd

I have been printing all week and today while printing the air assist error came on. Turned out that the fan had gunk built up inside of it and after an extensive cleaning everything was fine and I went on my way continuing some projects. While in the middle of one engraving I decided to click on the GF icon on the APP dashboard up in the far right corner to look at my next designs for me to do. I noticed that the clock wasn’t counting down anymore in the upper right hand corner, in the drop down tab. So I looked at the project in the machine and it was no longer engraving, but the machine was still going. I pressed the button on the machine to pause it and it did nothing, the printhead just continued moving but not engraving. I opened the lid and it still kept going so I unplugged the machine. I have tried several things such as making sure the print head ribbon is plugged in securely, cleaned the lenses and checked the mirror in the top of the print head. I have removed the print head and checked the pins to the carriage, I have even reset the machine to factory. The print head apparently has a headlight on it because at one point while trying to test the machine that came on while in the middle of the head moving but not engraving a project. It was a light shining down onto the proof grade material. Another time while running a project to test I could see occasional flickers of light in the middle of the tube…just a little speck in the center at the bottom of it. Now The machine is stuck on focusing . I have refreshed my browser, cleaned my cookies, emptied my cache, unplugged the machine and turned it off and on a bunch. To me it sounds like the software has a glitch but I have noway of figuring out how to fix it on my end so I am hoping GF can resolve this in their end. I tried doing several jobs on 9/11 from 10:00 up until now at 1am my time.

I have even reset the machine to factory.

That was a mistake, if you actually did a full reset (and not just wifi setup), as now any logs that could have identified potential problems would have been wiped. It should only be performed when specifically requested by support.

You’re describing a whole range of symptoms that are going to take some time to recreate so support can assess what might be going on.

How do you do just a wifi reset?

The only time you need to do that is if the machine is showing “offline”, which isn’t the case here. Instructions are in the support pages.

I think I figured out the stuck on focusing issue, the lens wasn’t seated correctly. I though this might be the cause of the head making a rattling noise as well when engraving but the noise is still there. I just tried another job and the when I went to press the button on the machine it didn’t pause right away, I lifted the lid and as far as the page on the computer showed the job was still going. The machine didn’t shut down either nor did the head go back to its home spot. For some reason the machine isn’t recognizing the lid opening either. I still think the machine has a software glitch. I’m going to try and reset my router and see see if that does anything.

Focusing issues and not recognizing the lid are both related to the black lid cable.

That would not explain the machine not responding to the button to pause.

Just tried the gift of good measure again at 1:45am CTS 9/12 and same thing. Tube doesn’t light up. Nothing is engraving. The head starts to make a grinding noise (belt and wheels are perfectly fine/move freely). Press the button and the machine takes a few to respond and pause. Lift the lid and nothing happens, the program continues to show a countdown. Minutes later, the head goes to its home spot and the program finally registers the lid canceling the project…while I am typing this. The machine is possessed and after posting some pics for support to hopefully look at in here since I am sure they will ask, I am going to bed.

Pics of the pins and boards on the left side of the machine just in case support needs to review them. 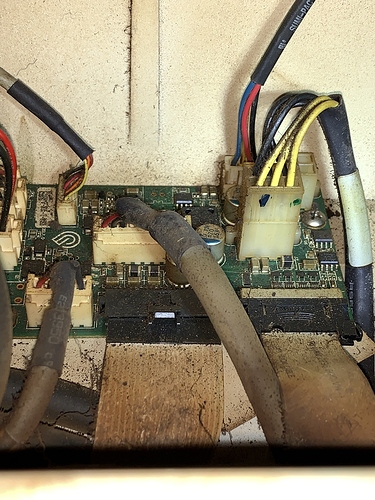 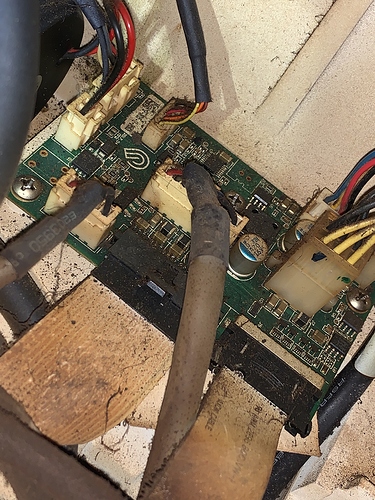 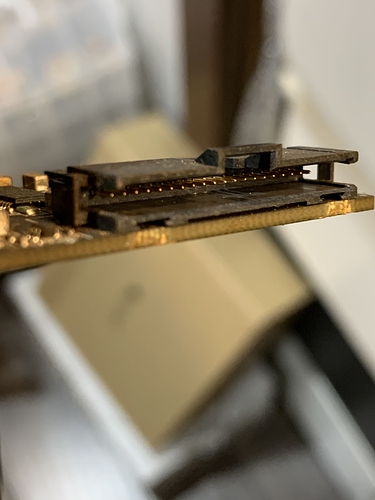 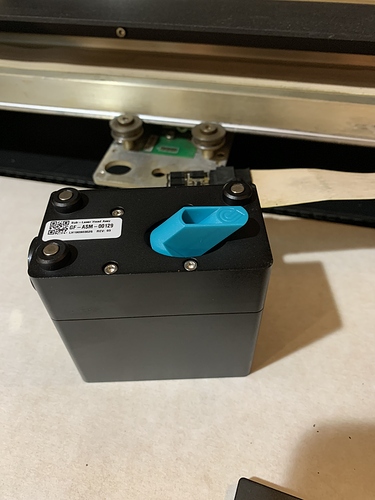 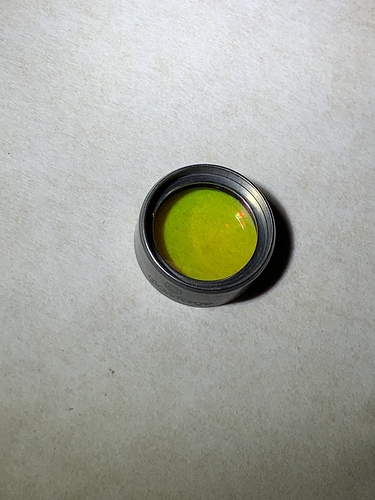 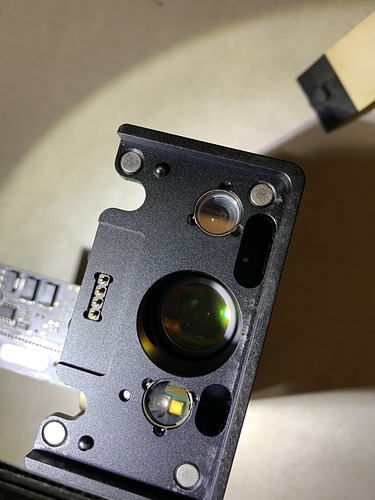 Tried this morning at 8:20am CST on 9/12 and still same issues plus now when I cancel the job the button eventually goes purple. The air assist keeps running after the job errors out. There is a wifi extender in the room next to it and the main router is only roughly 20 ft from it anyway on the main floor. The glowforge is downstairs.

I’m sorry that you’ve run into trouble with your Glowforge. I see you’ve also emailed us about this, and I’ve sent you a response with next steps there, so I’m going to close this thread.