I opened my Glowforge after it was delivered today and found a lot of moisture in the inner packing bag as soon as I opened the box. Is this normal? The cardboard box itself is not wet, and doesn’t look like it ever came in contact with water.

That is not normal. You might have a leak in the coolant system. Unless there is a big change in humidity from shipping environments. Any signs of water round tube or in left side where the coolant reservoir is?

I haven’t even taken it out of the packaging except to lift the lid off of the cardboard box. It’s a lot of clear liquid- more than what would be reasonably considered condensation. The label affixed to the top of the unit is saturated too.

Not good at all. You might open up the bag a bit to take a picture and see what you find and post. I’m sure support will come along soon and make it right.

There have been at least a couple other Glowforges that arrived with leaks and were replaced rather quickly. So sorry if this is the case!

I haven’t even taken it out of the packaging except to lift the lid off of the cardboard box.

Sorry to say you’ll want to wait for Support to respond. It might help them to see a picture of the moisture but, let’s face it, there should be no moisture regardless. 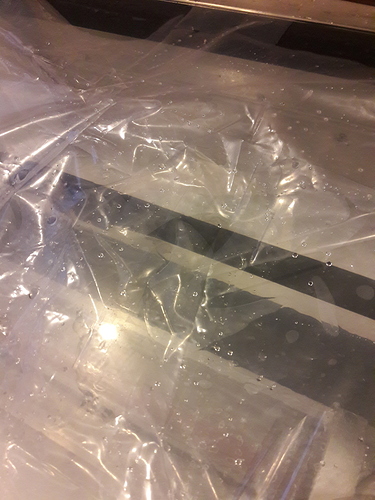 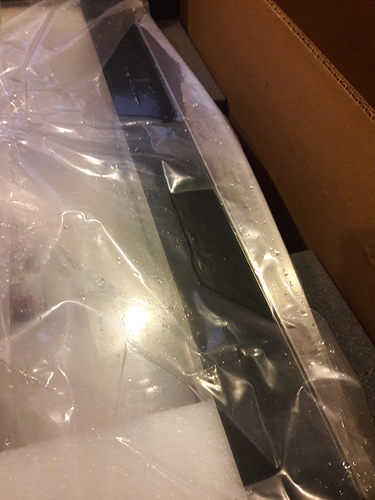 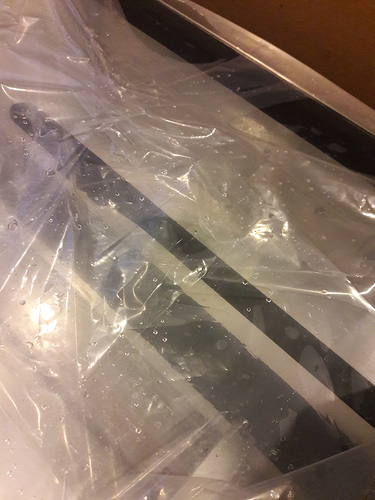 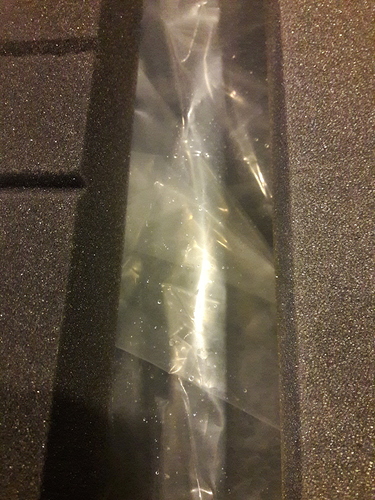 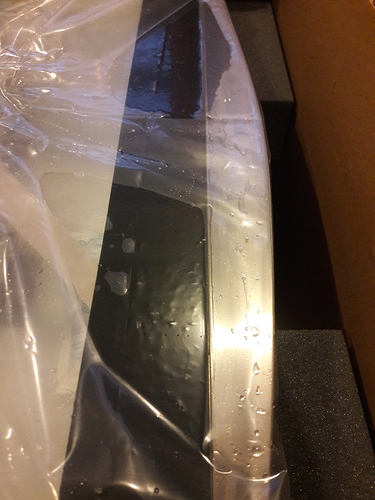 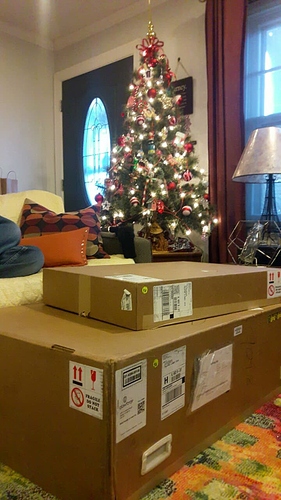 Goodness. I wouldn’t bother unpacking it. At least not until Support responds. And, just so you know, they do work weekends. So you should hear from them soon.

Thank you for responding to my questions so quickly! I came to the forum after emailing support to see if this had happened to anyone else. I got an automatic response from support saying they are currently working with high volumes of support requests. At least I have some idea of what happened now.

I got an automatic response from support saying they are currently working with high volumes of support requests.

Wish there was some good news to be found here. But with that much liquid, I’d have to suspect you’ve a coolant leak. Some comfort might be that I can tell you from experience, replacing a damaged/defective unit happens as quickly as possible. I wouldn’t be surprised if you’re posting your first jobs by this time next week. (Okay… That may be a little hopeful on my part depending where you are, but still… they’re fast about making people happy.)

In the grand scheme of things, another week or so isn’t intolerable. I’ve been very impressed with the helpfulness of Glowforge representatives and forum members so far. I’m confident it will be taken care of soon. I received it ahead of my last estimated delivery date, which was the 18th of December.

I’m sorry to see that you have what appears to be a leak of unicorn tears. However, I really like your tree.

I’m sure they’ll get you taken care of ASAP.

Lol! Thanks! Hopefully a replacement will be under that little tree soon

Just got mine. same thing. about to contact support, but came here first to see if it was known. did they resolve it with you?

Yes, you need to contact support independently. Send them pictures and don’t try to start the unit until you hear from them.

email already sent. unfortunately I have to leave town for a week tonight. was hoping to get to start playing with it. probably means much longer now till I can get it resolved

Nobody has contacted me yet. I emailed Glowforge Support on Friday evening and got an auto response saying it can take up to 3 business days for them to respond to emails. In the auto email, I was given a ticket number for reference. I came here to the forum after emailing and getting the auto response to see if it had happened to anyone else. At least there have been some very helpful responses to my post that have confirmed my suspicions about the problem. That will have to hold me over until I hear from someone at Glowforge who can help me. Until then, there’s a very large box to maneuver around in my living room.

on the plus side… if it hadn’t delivered a day earlier than tracking says it would, I wouldn’t have known about this for another week, and I would have been still 1 MORE week away from resolution…

Unrelated to the topic, @jean, your christmas tree is really pretty!

Bless your heart, that’s looking on the bright side, I guess. Good for you.