Where can I find a replacement purge fan? 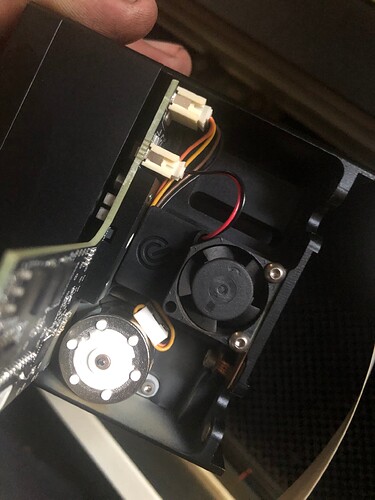 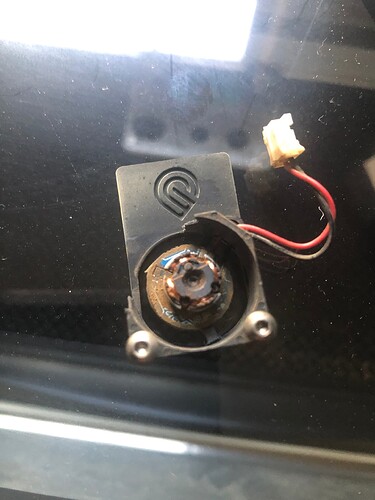 image1920×2560 228 KB
One of my glowforges is out of warranty and the purge fan (little fan attached to the print head) decided to blow itself apart. It’s very simple to remove and replace but it seems the only option is replacing the entire print head for nearly $600. I can’t afford to replace the entire print head and am not getting any answers from glowforge. I know there are some 3rd party vendors for spare parts on Etsy and the like. Does anyone know if anybody is selling just the purge fan? Or does anyone have a broken print head that I could salvage the purge fan from that you would be willing to sell me?
kanati March 1, 2022, 5:38pm #2 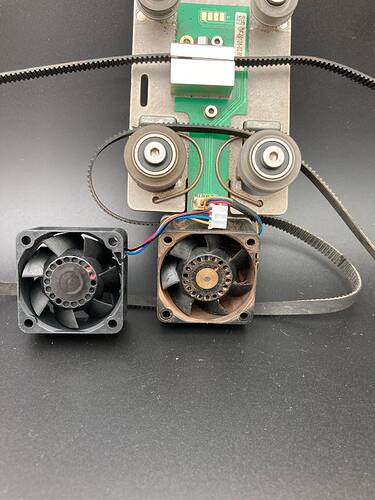 This is a replacement laser assist fan for Glowforge Lasers. This fan is on the back of the laser head bracket assembly, over time they get dirty or slow down. If this fan isnt working correctly there is nothing to blow the flames out from the laser,... 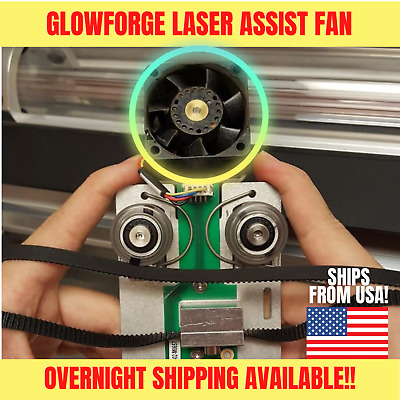 It’s not that fan, it’s the smaller one that sits on the print head itself.

Can’t find any specs on it. But I can tell you that it looks like it’s just a powered fan. No data channel. So I’d measure it and see if you can find a replacement on amazon based on the size. Just make sure it’s a 2 wire fan.

I got this info from here: Repair or not repair? Europe dilemna

@yoyodyne2112 may have one available. Try PMing him (or wait for this message to attract his attention).

The Sunon fans are in short supply, Mouser and others have been out for some time now. What’s been said about the type is correct, it’s a 5VDC fan and IIRC 20mm x 20mm is the correct size. I would measure mine, but it’s still packed up from the move and I can’t get to it right now.

I have the size in my notebook somewhere, but the way things are going after this move, it’ll be June before I find everything again.

Measure the fan, the physical size is going to be the critical part, especially the width of the body because of the close fit inside the printer head. The operating voltage will be 5VDC, no control circuits (2-wire) the only issue will be that the replacement will come without the connector, so you’ll have to reuse the old one. No biggie, cut the wires and connector off of the old fan and splice them onto the new one.

I just checked with Digi-Key and it appears they’ve replenished their supplies, so you should be able to order one from them. Good luck!

If you want/need to attach the 2-pin connector to the end of the wires, instead of splicing on the old one, I can point you toward the proper tool on Amazon, and supply you with the connector housing and terminals.

Yep that is the exact same fan that’s in the glowforge. Found it from a different supplier for $12 shipping out tomorrow. Thanks.