I forgot to mention, but something I use very often on my laser is the test fire button which will fire the laser while being held down. This lets me fire a quick pulse to determine the exact location of the beam. This can be replaced by a red dot (preferably by using a beam combiner).

The problem with the ‘amazing body of knowledge’ argument is that while it may be well and true, none of the community here has a Glowforge

Sort of yes, sort of no. The amazing body of knowledge is not about the GF specifically (except perhaps for the beta testers & staff participants in the forum) but about laser cutting, design and a host of other things. Tips & tricks that apply to design for most any laser applies to the GF as well. Ditto materials experience, etc.

So general knowledge outside the actual GF users about the GF is low, although somewhat higher than the general public. But there are a number of people here with deep design experience and/or laser operations.

At the end of the day, this thing is a 40W CO2 laser and the body of knowledge about machines of that class is relevant. You can discover that knowledge through trial & error or get it from people with decades of experience with lasers.

For specific GF questions that you have a sense of urgency around, you’re better off sending an email to the Support team at GF and not use the forum. You could share the results here but that’s a direct link to GF staff, this is an indirect link.

It seems that when you pick your design in your design library, it gets dropped in what could be considered 0,0 (top, left corner.) If it drops it there every time, doesn’t that work for dropping in job after job?

It absolutely would if you could natively align your material to 0,0. But popular belief appears to be there is no such physical corner to to that.

So I think we’re now full-circle back to the OP’s question.

For specific GF questions that you have a sense of urgency around, you’re better off sending an email to the Support team at GF and not use the forum. You could share the results here but that’s a direct link to GF staff, this is an indirect link.

come back to the forums and increase the available accumulated knowledge.

not having a consistent 0,0 makes me really uncomfortable…
optical alignment of the head can change over time due to changes in camera positioning from things like hinges not closing the way they used to, plastics deforming, etc.

If I make a part that breaks down the road, and I need to remake it to less than mm accuracy, not having the ability to physically line something up will make that so much more difficult.
In a machine that is supposed to be designed for laser point accuracy why would anyone choose to remove that from the equation?!

In a machine that is supposed to be designed for laser point accuracy why would anyone choose to remove that from the equation?!

Because end stops are a $%# pain. They’re just one more bit of electrics to get bollixed up, or optics to get obscured, and if you can avoid that point of failure you’re just that much better off. (Speaking as someone who has “adjusted” the endstops on a 3D printer endlessly and replaced both inductive sensor and motherboard when electrical noise fried them.) Btw, if I understand the process properly, isn’t it the narrow-angle camera that tells the head where zero is? That thing should be ridiculously close.

I don’t think everybody’s talking about the same thing here.

There’s only the Big Button so far as on-device controls go isn’t there? I suppose GF programmers could implement that sort of feature in the UI and the Big Button would do the firing but an on-device button for that purpose would be a lot more convenient. Just guessing, but a dedicated manual pulse button doesn’t seem like the sort of feature that one could home brew very easily.

Because end stops are a $%# pain. They’re just one more bit of electrics to get bollixed up, or optics to get obscured, and if you can avoid that point of failure you’re just that much better off. (Speaking as someone who has “adjusted” the endstops on a 3D printer endlessly and replaced both inductive sensor and motherboard when electrical noise fried them.)

If end stops are the same thing as limit switches there is no reason that they should be a problem for something like a GF. I have a 3D printer, CNC lathe and CNC mill, all with limit switches and none of them have been problematic in 8+years with the mill, 2+ years with the printer and over a year with the lathe. What sort of problems have you had?

If end stops are different than limit switches, ermm - never mind, though I would like to know what they are.

They’re essentially the same as limit switches. And they’re fine as long as everything goes right. But they are a point of failure. I’ve had them fail in one 3D printer because a little crumb of plastic got in the wrong place, on another because a cable bundle dragged on the switch bar, and on that same printer because electrical noise caused the switch sensor to fail. And for best results on one printer I have to adjust the vertical end stop by some fraction of a millimeter between winter and summer.

None of these are huge issues, but they’ve been annoying, and they’ve required me to know my machines pretty well to deal with them. So I can totally see someone at GF saying, “Hey, we have this high-precision camera for doing autofocus, why don’t we use it for setting our zero position as well and get rid of a bunch of components.”

Thanks for the explanation. I know that the limit switches in my 3D printer have what look like very inexpensive snap switches:

whereas the mill and lathe have much beefier switches: 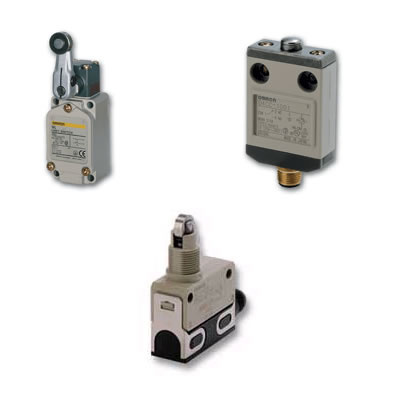 Both types work but it looks like the printer manufacturer considered guarding and protection to be more critical than the mill or lathe manufacturer. I haven’t given it a lot of thought but properly installed switches should need very little maintenance and they might be cheaper to replace than a malfunctioning camera.

It’s going to be interesting to see what some of the experienced design engineers here think of the way the GF has been built, both design and fabrication, when it is out in public release. Folks like @rpegg, @jamesdhatch, @jdodds, and a few others.

There’s a lot going on in this thread (teach me to miss a few days!), so I’ll take a stab at the original question, then please split out anything I missed into separate questions.

For repeat jobs we’d like a place-press-go workflow! How would it work?

What we do is put the material in the same place in the bed each time - then just hit the button to re-send the job. [quote=“takitus, post:7, topic:3386”]
I didnt think to check tray wobble at the maker faire
[/quote]

It’s pretty dead stopped. It positively registers four feet in four dimples on the bottom. You just have to be sure to wipe them out if you remove the tray so the tray sits tightly in them.

Making my own could possibly take the “precision” out of something that’s specifically supposed to be laser-precise.

One more thing - it’s always super helpful to us when you describe a specific problem you’re trying to solve with an example project that you’re thinking about. Helps us much more than “please implement this feature other lasers have”.

What we do is put the material in the same place in the bed each time - then just hit the button to re-send the job.

How are you doing that without something physical to ensure it’s the “same place?”

There are also optical endstops that require no physical contact and can be quite accurate. 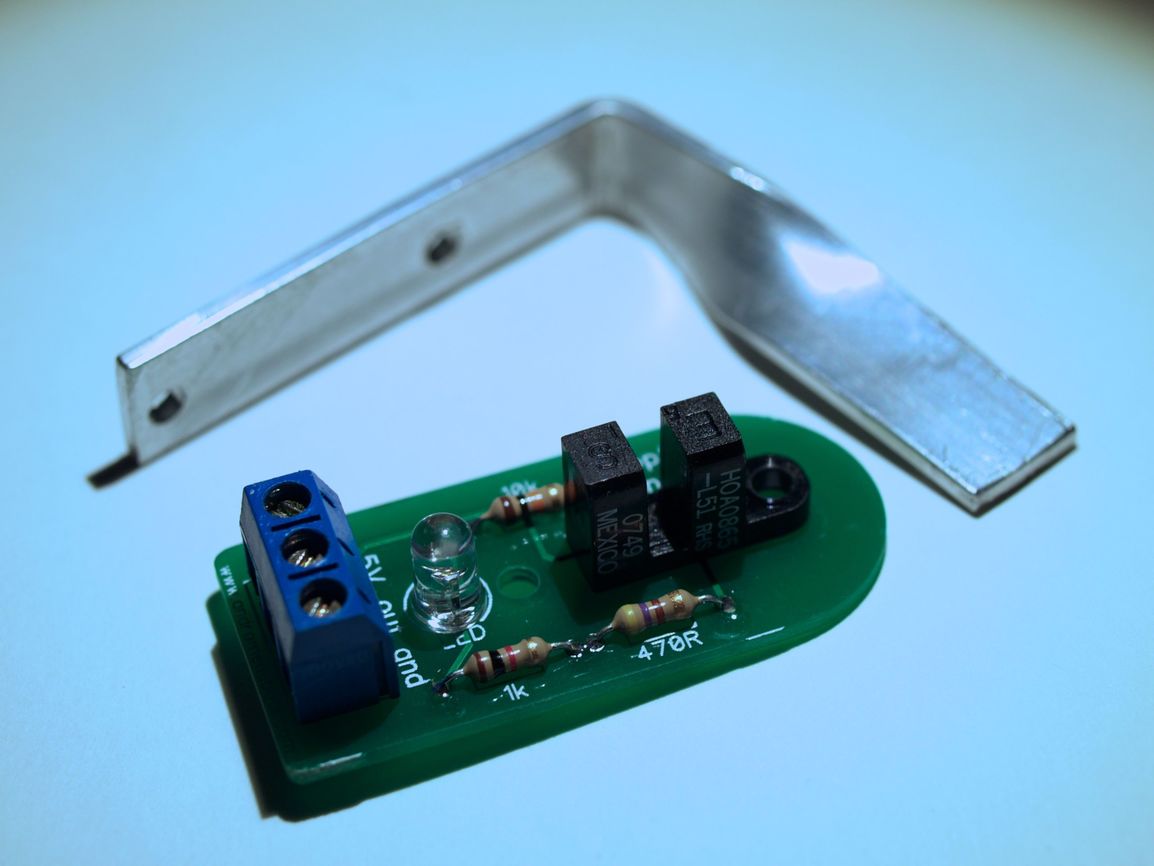 I might want to put something like that on my lathe to improve referencing accuracy. The mechanical limit switches repeat to only +/- 0.015" or so. Do you have any idea how repeatable switches like the one you pictured might be?

Affix a marker or stop to the bed.

I use these on all my CNCs. Completely Solid state. Since upgrading those machines with absolute encoders, there are nice to have just in case the blank hits the fan.

I have a few of those from an Ebay seller but have yet to test them. They were inexpensive Chinese imports so I’m not sure how much to expect from them. Do you have any idea of how well yours repeat?

Before closed looping they worked great. I’ve have 1000s of hours of use on them and a good majority of that where duplex ops with fixtures.

Basically run a job for 4~5 hrs. Pause at the end of the day. Got back in the morning. Re-home and let it go.