When I first got the glowforge I hoped to be able to use it on canvas that I’d painted to make collage effects. Unfortunately, burning heavy metal pigments is apparently frowned upon, so I’ve been experimenting with switching the process around.

Cut the canvas first, THEN paint. 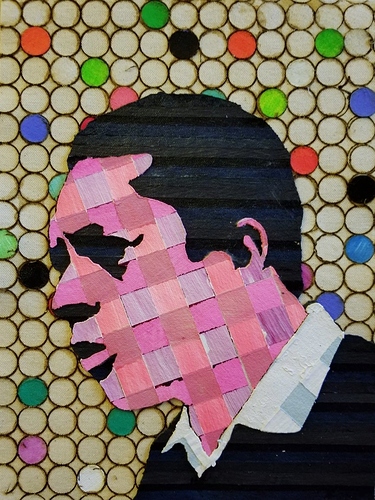 This is a portrait of John Coltrane. Cut the parts, painted them and glued them atop a background that was also cut.

I’m still learning the best way from preventing the fans from disturbing the material during the cut. Magnets help, but I’ve also found using masking tape to secure the edges so air doesn’t get under the piece helps.

Another trick I’ve learned on things like the background that are made of hundreds of pieces that would fall apart on their own it to cut them on a piece of draftboard, then when they’re done cutting use overlapping swaths of masking tape to hold all the pieces in place. You can then remove them all at once. After that you can take individual pieces off and paint them before returning them to the proper spot. When you’re done glue the canvas side down to a support. Let it dry and remove safely remove the tape. (Obviously the front side is the part facing the tape)

Here’s another version of the same design at one quarter the size.
! 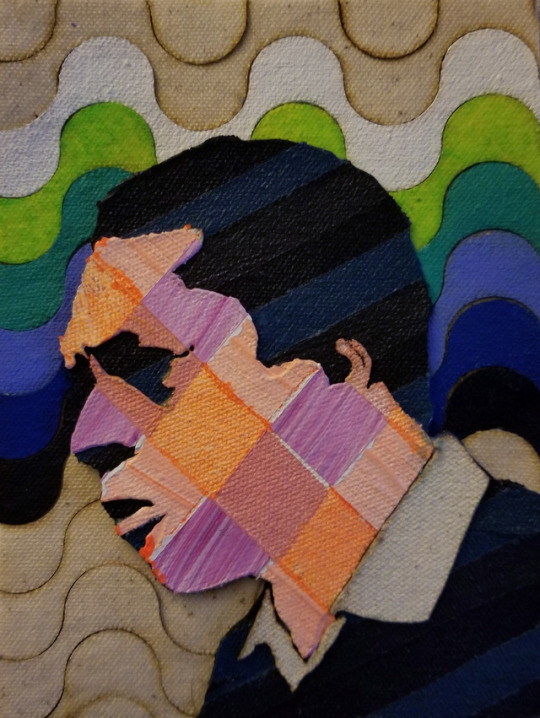 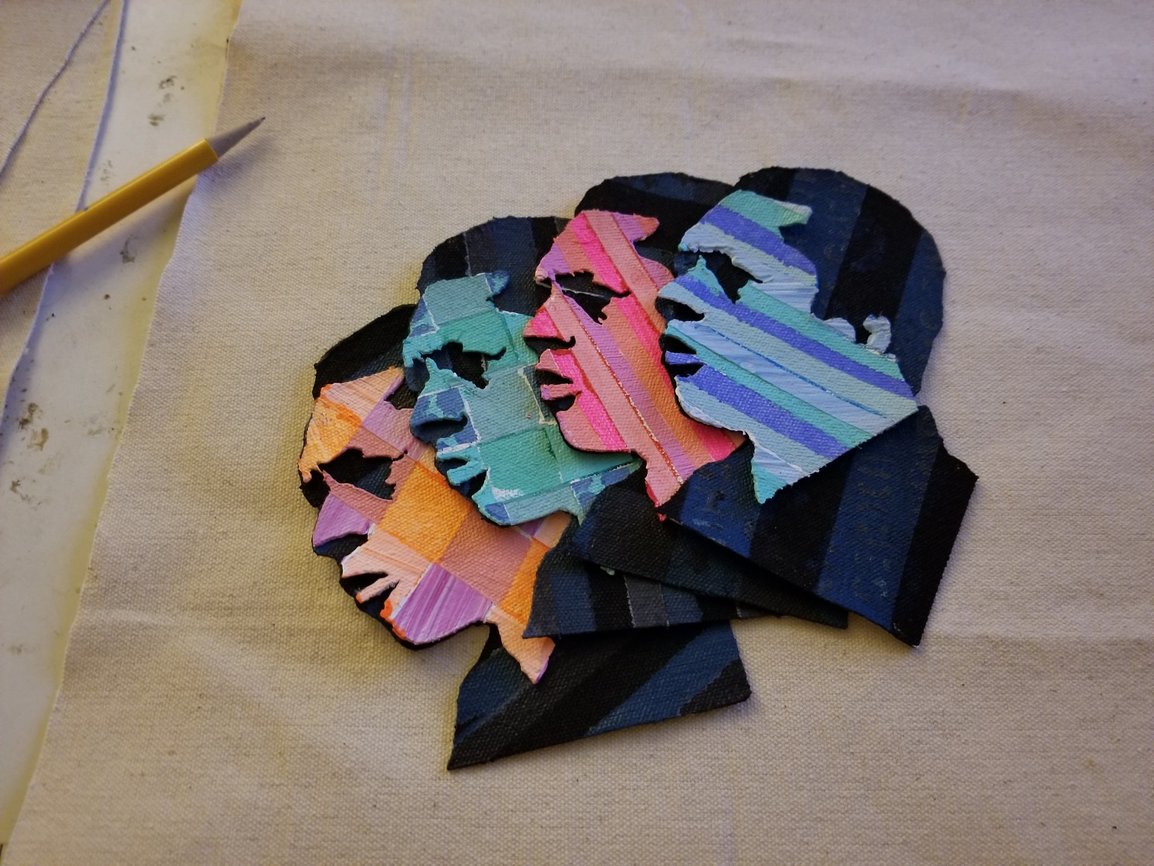 (If you’re going to be cutting a lot of fabrics, paper or other lightweight materials - look into using either a Seklema mat or make your own for use in the laser. It holds the fabric or paper down until you remove it - similar to digital cutter cutting mats.)

Thank you- is the Seklema mat safe to be lasered?

I’ve used it a lot for card stock. It is fine. Heals pretty well if you don’t go over board. Remember to check thickness with calipers to get exactly the right height for good placement.

I’m brand new and trying to cut canvas circles. Can you tell me some good settings for non-standard materials? It’s a cotton duck canvas. I’ve got one pass cued up but it says it will take 13 minutes which seems waaaaay too long (I’ve done this on other lasers, took 4 minutes for an entire sheet of circles.) I’m a bit worried if I hit print it will do something awful.

If you are cutting something that takes 15 minutes to process, i assume it’s fairly detailed, correct?

You absolutely need to have that canvas stuck down on something that will keep the little bits from flying around in the machine…they can catch fire and wind up in your exhaust fan and that can mess it up. Make sure you are using a Seklema mat or you can create your own with some repositionable spray adhesive on a sheet of scrap plywood. But make sure you secure that canvas, including the little cutouts.

Yes it can create a real problem. Anything lightweight enough to blow around in the air assist has to be secured.

Sounds like it could have been set to engrave rather than cut?

Thank you so much for answering! This first test was just a plain, 2 inch circle, no design. I’ve done this successfully on other laser cutters, so I was assuming it would work on the glowforge. I will definitely get a Seklema mat for detailed designs, and the homemade one sounds great too.

Yeah, if it’s just a two inch circle, @jbv is probably correct…check to see that you have it set to cut not engrave. That shouldn’t take 13 minutes. (Still need to weight it down.)

Weighting it down seems to be a great idea, since I think it’s having a hard time reading it because it’s too thin. What do you use to weight it down?

i use a mat, but some people will use strategically placed magnets. (And you do have to enter the correct thickness in the Unknown Materials slot.)

Yes, it was set to engrave, but the “cut” setting is grayed out, won’t let me cut for this. The error message says it’s unable to cut for this. I’ve checked with the help desk. It may be that it’s too thin? The help desk mentioned it might be a bug in the software, unable to read the thin material. I’m curious though, because I’ve seen people cut paper here. Perhaps they’re using the mat?

If cut is grayed out, you have a raster file, not a vector. You will need a vector file to cut

Thank you! I have tons of magnets, fantastic idea. Which thickness did you use for canvas? I keep getting messages that say it needs to be less than .5 with the tray in and 1.5 - 2 with tray in. I put in .1 - rather randomly, but it’s just canvas. I’ve tried different widths.

Ah, I bet that’s the problem! I was using the trace function. Dang. I was thinking I could cut things out based on trace alone, not designing all of it in adobe.

I think you can, I havent really played much with the trace function. @jules wrote this up:

i don’ think you’ll ever get as clean of a circle as you would with a vector, though.

You guys are awesome, thanks so much for your help!