Bending hardwood with kerf cuts (down with living hinges!)

You might think that, but you’d be giving me way too much credit.

Click on the “The hard way” text, and I show how I figured it out. I basically did it incorrectly, slapped myself on the forehead, and tried again. Irritating because I didn’t combine the engraves into a single image, so it did them all separately and it took about 25 minutes to cut a set of sides.

Irritating because I didn’t combine the engraves into a single image, so it did them all separately and it took about 25 minutes to cut a set of sides.

I found the opposite problem when I set up what is now my business card with engraved dragon on one side and text on the other. I started with an array of them and ended up with 16 layers with just the dragon image. So I uploaded just one and copy/pasted 15 more in the GFUI still able to move them about to take advantage of scrap (And even scale a bit to fit) but only one image to assign properties to. It still did them one at a time but as the round shape makes a short trip top and bottom, there is less travel not doing anything making it possibly faster.

there is less travel not doing anything making it possibly faster

Yeah I considered this possibility, and the loss of mobility of the pieces if I locked all the engraves into a single raster. In the end I decided to suck it up and deal with the length of the job. It all worked out in the end.

I decided to suck it up and deal with the length of the job.

When I did my first experiments it was literally my first ever use of a laser so did not know anything about variable depth cuts and so made a lot of them depending on the kerf in each cut. now I am wondering about using a standard “living hinge” design engraved on just one side to bend thicker wood, putting all the give in compression and none in stretch as is the concept we are talking about, but also not providing a break line where it is bent.

Minimizing white space on engrave jobs is always good advice. Next time I’ll spend some time to optimize that part.

I ran another experiment box. most wood would just bend if properly treated but Oak Plywood I think would provide the toughest challenge and two 180 degree bends about as tough a job as I could think of. I first tried with cutting a hole for a box lid, and also was not deep enough with the engrave, the second with no lid and almost deep enough worked out very well. It still needs to dry a bit to hold its place but I was able to get a few fair photos.

oh yes instead of grooves I made a living hinge design that just did not go all the way through. 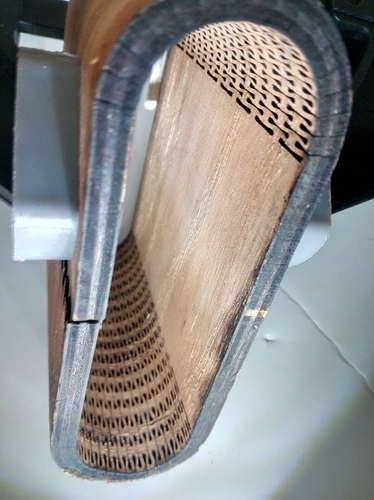 (You know, I just realized I might actually be a maker…most people probably don’t comment on bends in wood.)

Thanks for running that experiment.
You’ve given me food for thought with regard to my current fan display case design.
John

The Man with the fans. You could be a Rock with so many fans.

Now far fewer.
I’ve just donated my complete collection of the fans we made for period films etc, to the Royal Shakespeare Company Costume Department.
That way they will have a future as a well cared for collection. The RSC do a lot of teaching too, so they will have a good and useful future, all being well.
Meanwhile, I start again in Mississippi, but making fans in frames !
John

Rest assured, you are definitely a maker…

The hand cleaner and glues are now dry so I thought I would show off the experiment, I am not sure if it will be a box or a pencil holder but it is less than 2" thick and so will still fit under the Laser if I want to cut an opening in the other side. 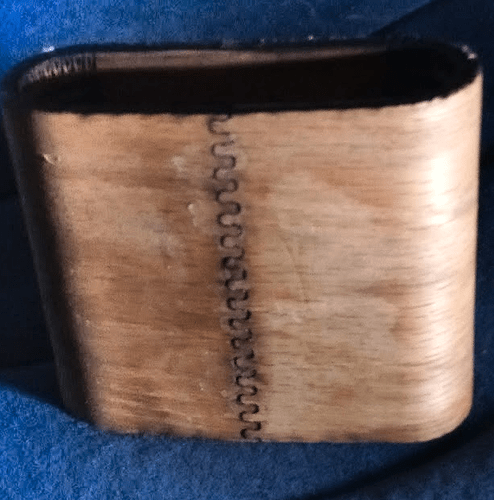 I engraved a bottom for it 80% of the thickness so most of it fit in the hole but the rest covered the plywood partso it looks like just a veneer at the bottom but is full thickness. Kind of a pity really as it is the opposite of most of my pieces in that it shows none of the detail of the build except the fingers in the backand the most impressive bits to my mind of the bottom and back are hidden. 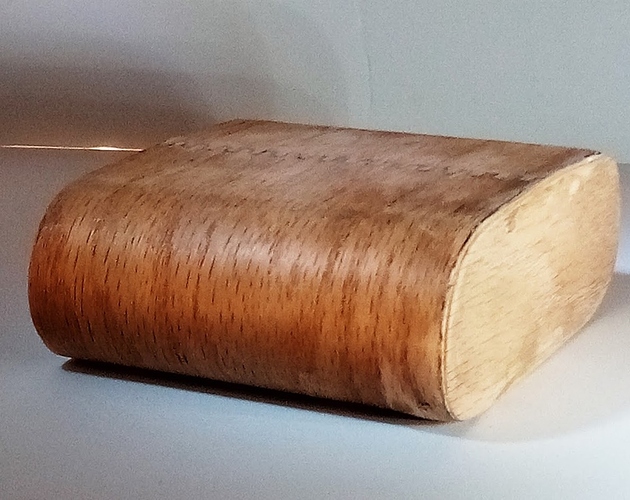 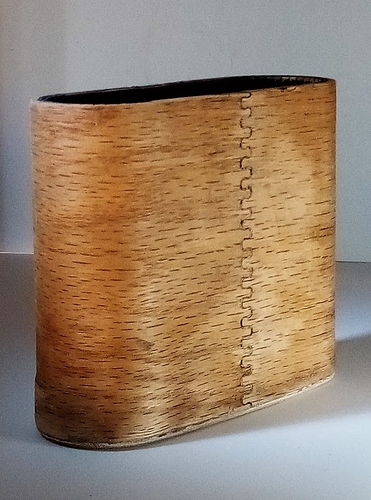 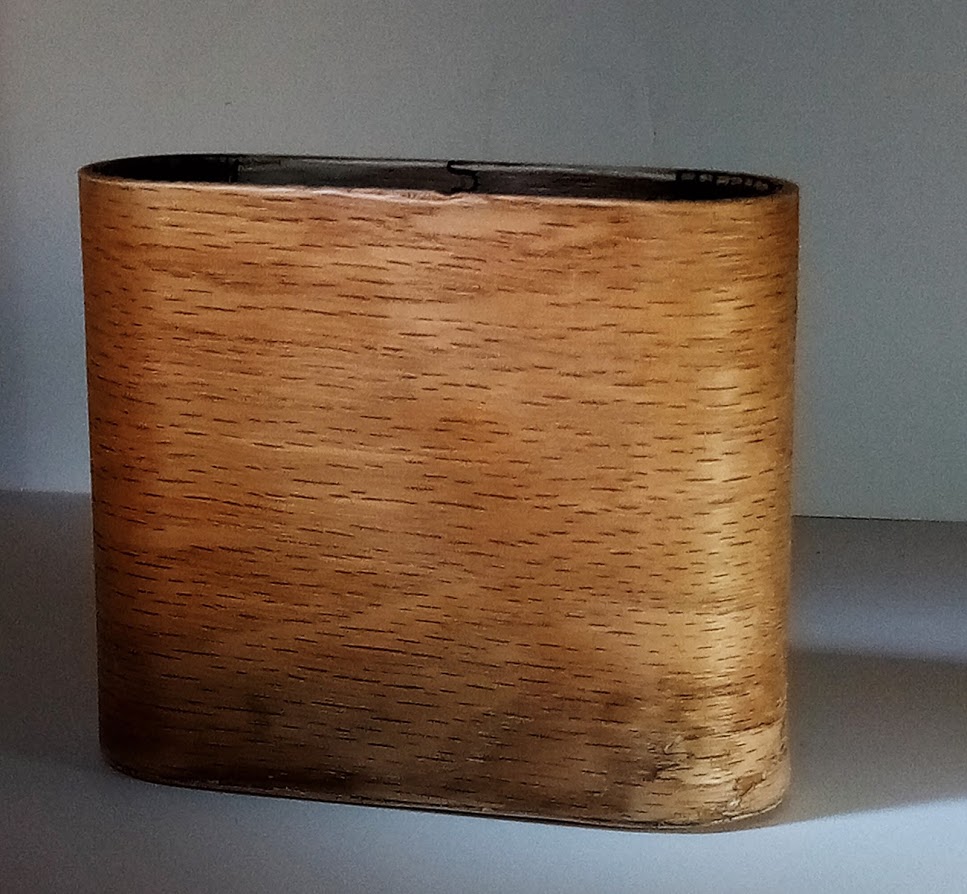 Wow. Great write up. Next you’ll start steaming and say “Down with Kerf Cuts!”

Next you’ll start steaming and say “Down with Kerf Cuts!”

been there done that but didn’t need steam.

And they said round would be a problem! Beyond the Manual

Made one shorter for shorter candles

Beautiful result, and such a neat technique. It’s always exciting to see people push the bounds of what laser-cut things can look like.

I also learned a new term, “laserfingers.” Now I need one for when my nail polish chips from peeling off too many Proofgrade sticker layers.

Now I need one for when my nail polish chips from peeling off too many Proofgrade sticker layers.

I use alcohol hand cleaner. except on Proofgrade plywood and MDF (it will dissolve those) any weeding or adhesive will dissolve enough to come right off. that was also what I used to convince the wood to bend the way I wanted.

I also have some fancy metallic blue nail polish waiting for a good earring design to try it on.

I have several bentwood boxes handmade by a friend

I would love to see pictures. I suspect collaboration is possible unless they have a laser too.