Made some clay from my backyard then I melted it! 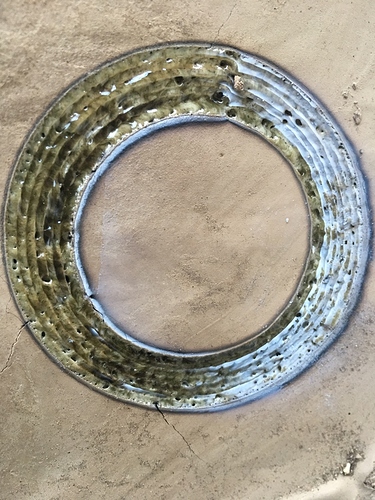 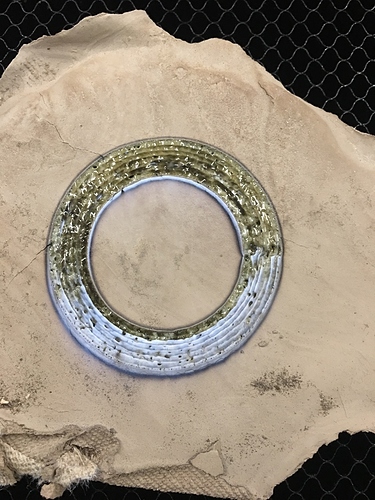 You can’t just drop the mic like that—we want to know how you did it!

What she said! I’m hardly believing what I’m seeing!

King of random had a nice how to

I did several concentric circles at lowest speed:highest pew pew 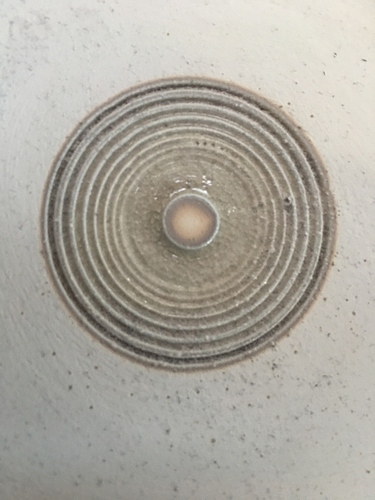 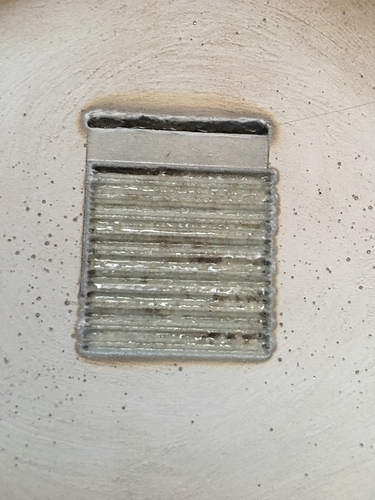 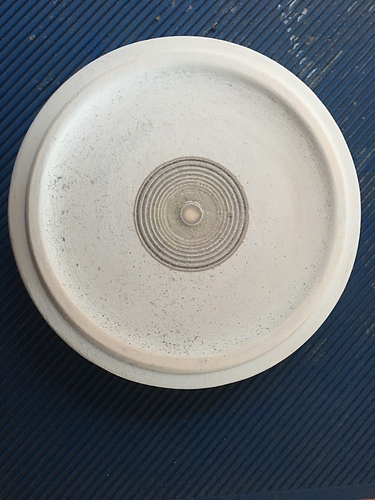 Darn! You beat me to it! Congratulations!
https://community.glowforge.com/t/glass-ceramics-silicon-carbide-formulas/10995?u=rbtdanforth

Technically that is a glaze, as glass has no Aluminium in it, and clays by their nature do. I have a Stoneware teacup filled with what looks like coffee but is the remains of a piece the person who put it in did not realize that just because the clay was white it was not porcelain and ran like water at porcelain/stoneware temperatures. Glass would be much more so, which is why you can make blown glass stuff, but it would run off a pot like water while it is the Aluminum that stiffens it enough to stay on the pot but way to stiff to blow usually.

Is it glaze all the way through? Meaning if I melted all the material in a section would it all be glaze?

My guess is that clay goes through a transformation at about 800 degrees F to what is called metasilicate that is very porous (a lot of Mexican pottery is that way which is not a bad thing. In the desert, as the water bleeds through it and evaporates cooling the whole thing, so a vessel left out on a porch will be a lot cooler than another vessel that did not do that. However, if there are freezing temperatures the water becomes ice, expands, and the clay breaks as you often see that texture on brick buildings where the water sinks in a little and the surface pops off.

As the material heats more and more the pores shrink until they become bubbles and can even pop leaving a pitted surface, but as the heating continues it becomes a glassy surface as you see on the top.

As you get farther and farther away from the laser hit the process proceeds less and less till it is not even metasilicate and will soften and dissolve in water, that part is to me the most interesting as it could be done in a design that would have openings and so a screen like look,

A special formula would get you silicon carbide that conducts electricity with some resistance (not very much) but the longer and thinner it would be will get (i think) a solid heating element with many possibilities including much higher temperatures than nichrome. and the possibilities of a Hilbert Curve or here and where I chimed in make some awesome possibilities though kinky places are hotter than those that are not which can create problems but less at low heat than high heat.

Wow that is very interesting! I love the Hilbert curve idea!

Maybe a circular mapping to help with stress 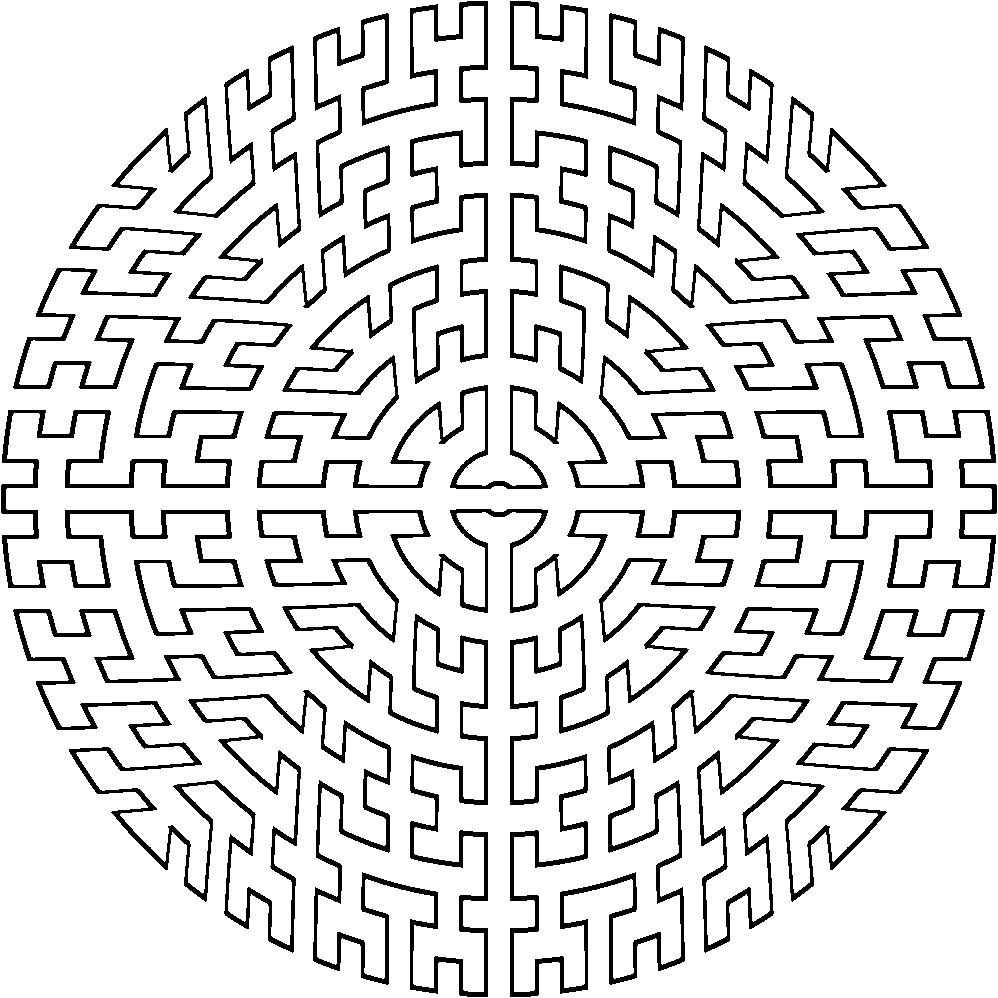 This is amazing! I never knew!
My mother has a pottery studio, ill have to try this…

Interesting pseudo Hilbert. A regular Hilbert is open at both ends with a real start and finish and of necessity square but if each point were radiuses and there were a very even heating you could have a very fine line miles long and careful packing in porcelain kiln wash with porcelain around it, then the silicon carbide itself could bring the whole mess to porcelain temperatures with the kiln wash keeping it from shorting out as the porcelain reached the sort of temperatures that it would conduct electricity as well. (Most industrial glass furnaces do that as once the glass is molten it becomes its own heating element)

In the porcelain kilns ( I mentioned where the hobbyist buys the poured molded clays and the clay runs like water at those temperatures) the shelving for those is silicon carbide as the shelves from a hobby kiln would also be puddles.

My mother has a pottery studio

What clay she uses could make a huge difference. The Talc clays that you usually find from poured plaster molds might work but the slightest air bubble in the clay can break the piece (as I found out the hard way). A poured mold of course would not have such bubbles.

At the opposite end in terms of standing up to laser abuse is raku clays as they are brought up to temperature and dropped into something cold (often straw) and survive where most clays would break if not shatter, so for just making clay shapes that would be my preference. Rolled to 1\8 inch and dried would be where I would start.

Thanks for the info! She does a ton of raku, so it sounds like we’re in luck!