I had some 10x12" 3/4" pine boards (standard martial arts breaking boards) lying around and decided to try engraving them with different engraving settings. I thought I’d share some preliminary results. I’m also going to go over some things I had to learn which most of you are already familiar with.

Secondly, how to decide on settings? I saw suggestions that recommend using max speed and adjusting power for engraving, so that’s what I did, trying various settings between 50 and 100. 50 was too light, 100 really eats into the wood; 80 gave a decent black without going overboard. Finally, what engraving method? I tried Floyd-Steinberg and map power. Map power may give a nice result in other materials, but in pine, the grain really stands out as light ridges in dark areas, and the light areas are more contoured than darkened. Floyd-Steinberg does a better job of visibly bringing out the details. 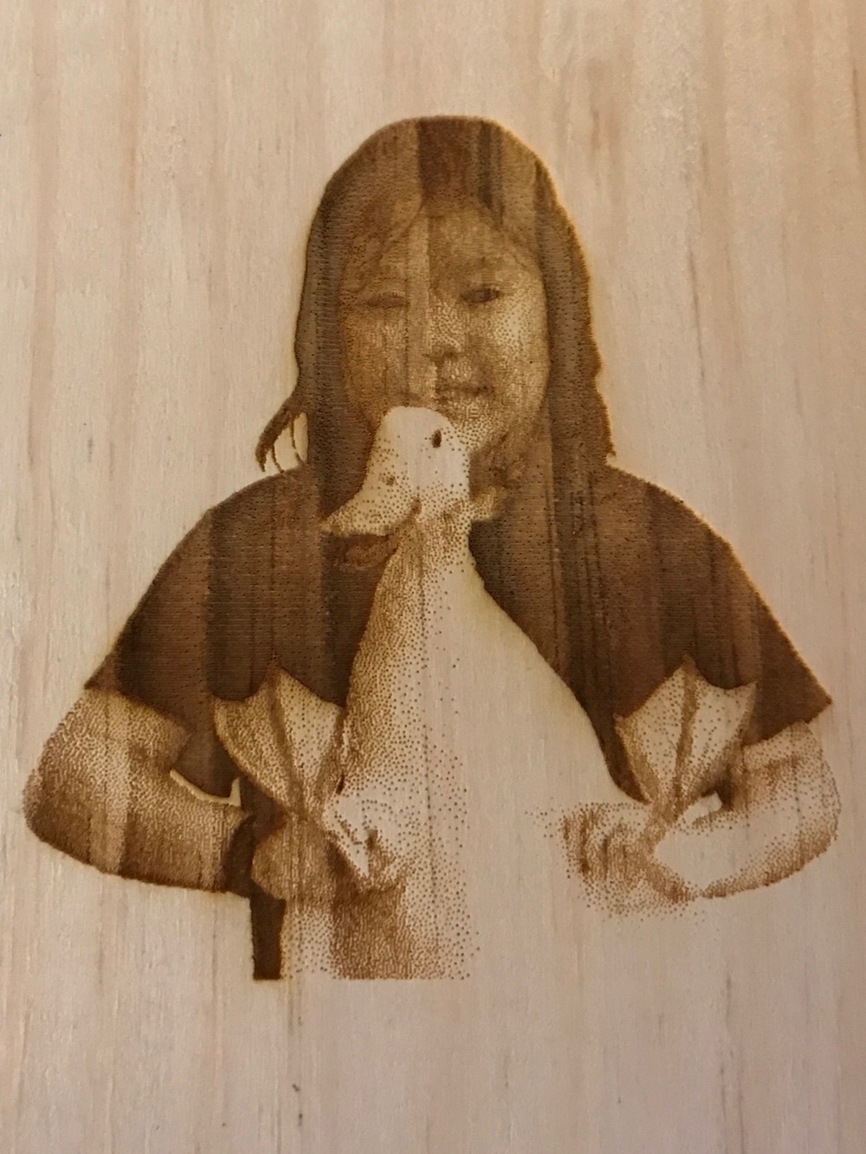 Thanks for posting this! I picked a pine board last weeken to play with. Gives me a great starting point.

Great job working through to see what was best for your photo! Nice!