I went to a reclaimed hardware place and just picked up a bunch of assorted materials to test on.

I was thinking these marble tiles might make nice nameplates.

Settings: full Power, full speed, 225 lines, 3 passes. Worked even with 1 pass, but did not go too deep, so I just kept going.

Would love to make it look beveled but I’d have to spend a little extra time making a gradient around the lines of the letters; so probably won’t get to that. 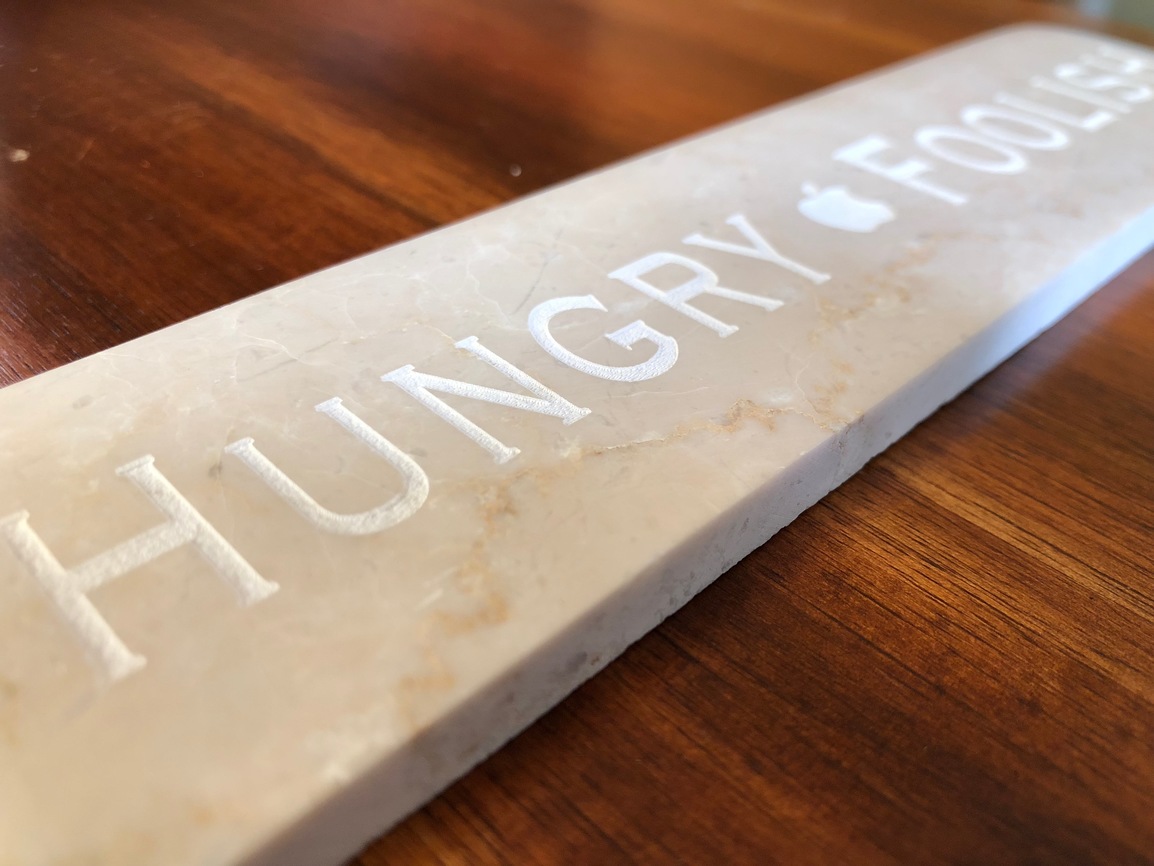 Lovely! (Never thought about beveling the edges on stone etchings, but it’s a cool idea!)

That turned out really good, I really need to get around to trying out some stone/ceramic/marble. I’m putting that on the list for holiday presents.

For readers that want more information on engraving marble:

Pre-Release | Marble Madness Made on a Glowforge

Marble Test Made on a Glowforge

Jimi looks good anywhere. A metamorphosed limestone, I expect any calcium carbonate would react the same. Instead of micro-fracturing the surface like granite, marble is ablated. Like @marmak3261 observed with Corian, I noticed tiny sparks - which turned out to be a very fine hot ash. [image] By the feel of my fingernail I would guess about a 100th" depth. The surface is bleached of all pigment and will receive color well. In this case trusty Krylon flat black spray. What else do I have ar…

Marble pendant Made on a Glowforge

First little test on marble. It scored better than I thought it would actually. [MARBLE IB head 080417]

Beveled edge could be done with variable power and applying gradients to the edge. I would be interested in seeing that.

It would also be interesting to fill the letters with an epoxy or resin.

Just wonder how that will look with color fill?

Turned out better than I would have expected. Looks really good!

Spray gold on the still masked piece might give a nice effect on the rough surface of the engrave.

And marble “tile” is pretty readily available if that’s a size you can work with.

Looks great!
I’ve done a bevel on hard wood. Turned out well and was easy. Just made a rectangle on the edge, pulled in the top and bottom inside corners to a 45 degree angle, added the gradient, cooy and paste the put them into place. Used variable power.

Cool! Do you have a pic of the bevel? My vector skills and patience might not be up to doing that for each letter

Sorry I don’t have a side view. Should have taken one. 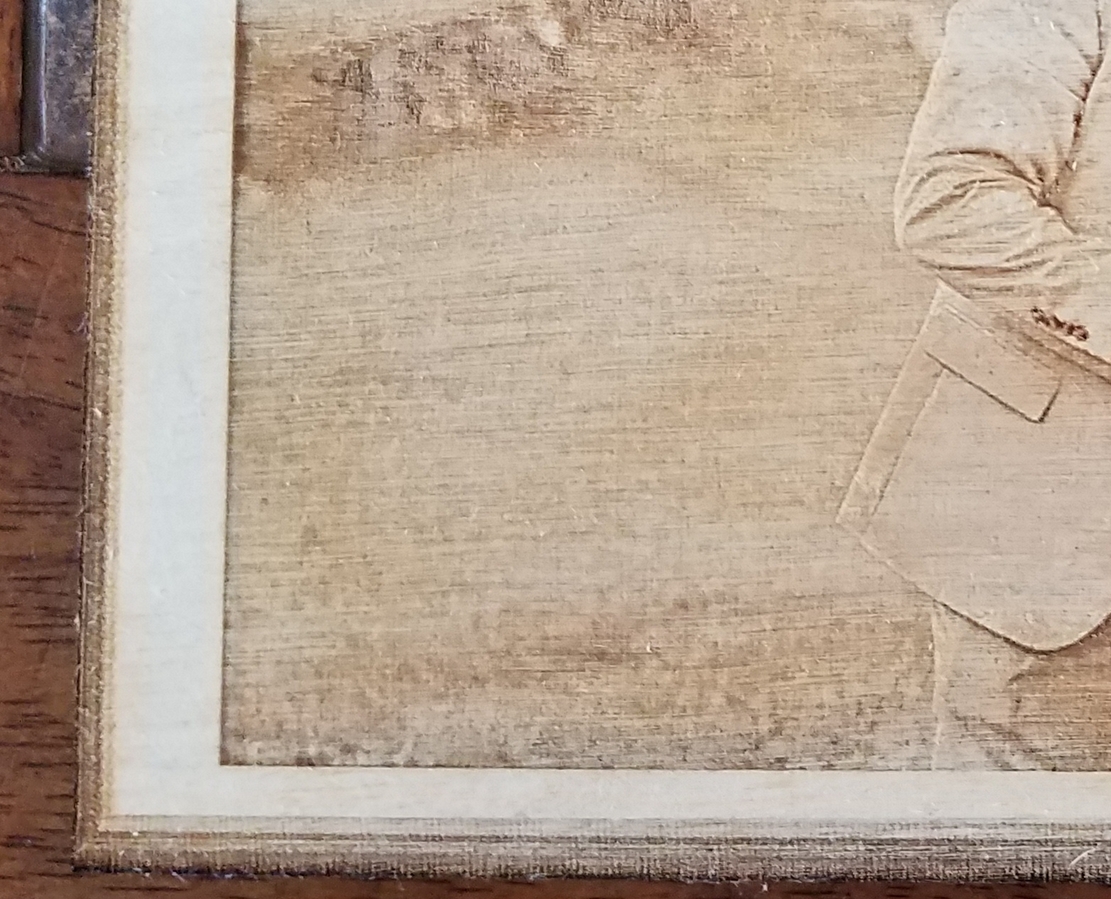 This is in maple ply. Engraved a photo fir my brother of his wedding as a gift.

You want to do the letters? Are you familiar at all with Photoshop? Is so, just use the blending options on your text. Play till you get the look you want.
Made coasters for my brother in law. He a Virginia Tech fan. I just put an inside shadow on it and adjusted. Bevels would be better to use engraving the text in. 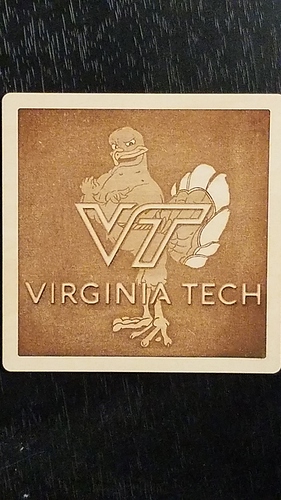 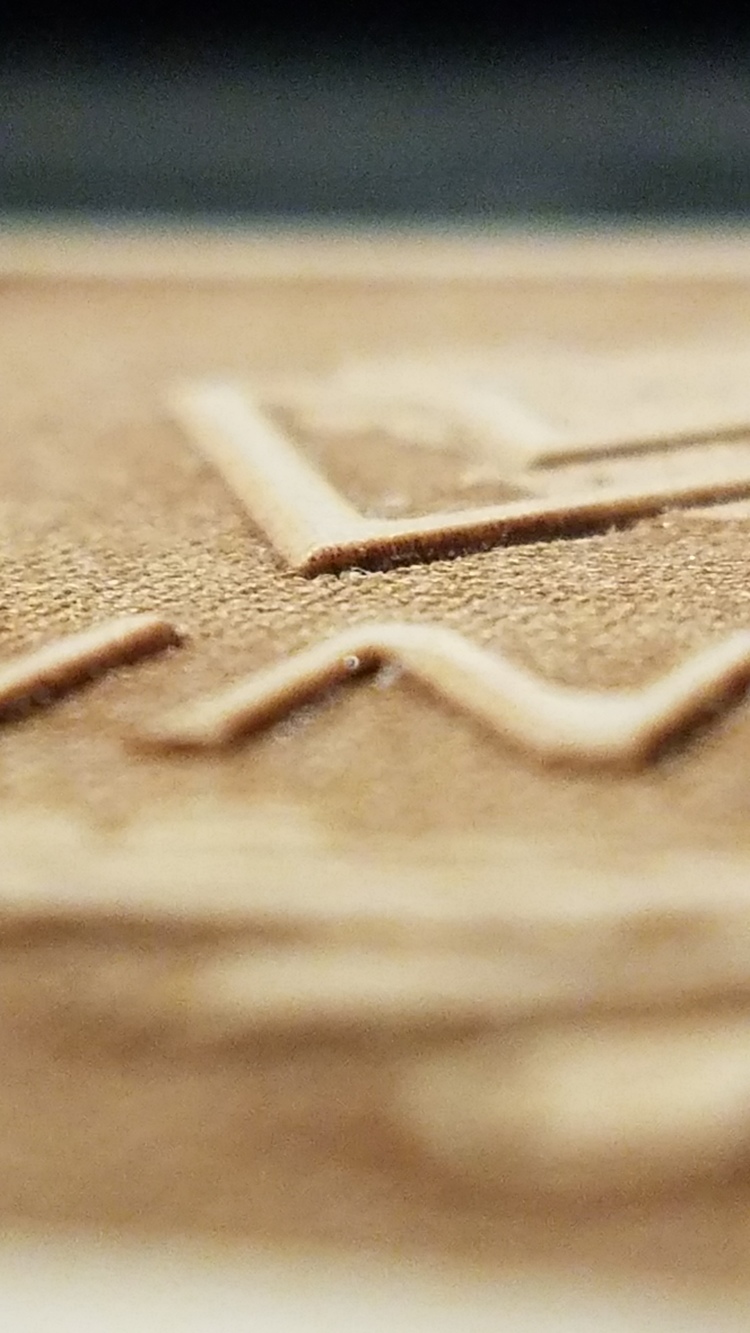 This text is small! I was really impressed on how it came out!

That’s great! I haven’t tried a photo at all yet, I love the bevel idea to build in the mat! 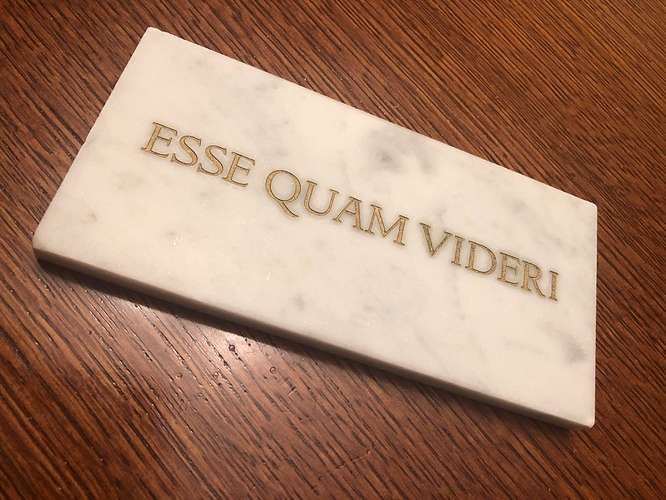 Great - nice to see the effect as I imagined it might look.
John

It’s been mine for years, and is the basis of my only tattoo.