I’d like to cut a Gift of Good Measure or Founder’s Ruler in acrylic, but the design is backwards. When cut in transparent material, the engraving should be on the bottom (reversed) not on the top . This isn’t the only design where I want to engrave on what will become the bottom. I don’t see any way to reverse the design in Glowforge UI, nor a way to download the file so I can reverse it myself.

Does anybody know how to do this or have an already-reversed design file?

At this point we can’t pull that one off. Maybe Glowforge can accomodate the request when they get a free moment.

I don’t see any way to reverse the design in Glowforge UI,

A number of people have requested this, so hopefully they implement a “flip” button at some point. It would be useful on our own designs as well as official Glowforge designs.

nor a way to download the file so I can reverse it myself.

Hopefully, this is in their feature hopper. Downloading or not should be under the control of the creator. Given that you can’t customize a design (e.g., to put a name on a picture frame, as shown in their illustration), there are a lot of designs that aren’t very useful without being downloaded.

You can put a name on the picture frame, using the Add Artwork button. Have you tried this?

You can put a name on the picture frame, using the Add Artwork button. Have you tried this?

I wasn’t actually making a picture frame. I was just noticing the lack of a way to enter any text. So maybe that’s not the best example, but still the ability to modify a piece rather than just layer other art on top would be very useful.

(Note: I’ve been using Adobe Illustrator since v1.1, so I probably wouldn’t use features such as a text tool — but I think they would be useful for other; to the extent that I use any catalog designs, I’d personally prefer to download a design to modify it.)

Although you can add to a design, as @cynd11 suggests, I suspect the idea is to not have people downloading the designs from the catalog.

(I believe it’s an anti-theft measure.)

Well, I sure won’t contribute anything to a paid-for catalog if people are going to hack backdoors and share the files with each other.

One person’s hack is another person’s pushing of a couple buttons available in some (most?) web browsers.

This is a free item, I wouldn’t post a paid for one, but that is just me.

Not really a hack. When you load a design the SVG is sent to your web browser so it is trivial to download it. They would need an architecture that processes it all in the back end to keep it secret, but I suspect that would not be very responsive. Even then you can capture the motion file and it wouldn’t be too difficult to turn it back into an SVG using a tracing algorithm.

They could watermark the SVG quite easily and then detect it being uploaded. I expect that will go in the hopper!

Well, I sure won’t contribute anything to a paid-for catalog if people are going to hack backdoors and share the files with each other.

If your valuable intellectual property is being so poorly protected, it certainly would be prudent to not contribute to the catalog.

The problem @palmercr has so generously exposed is a design flaw, not a hack.

In fact, as it stands now, obtaining the source SVG does not require any hacking at all. It is automatically stored on your computer without you doing anything but preparing to print the file. Your browser will cache a copy of the file locally on your hard drive.

I suspect that GF’s developers will have a solution in place to prevent this prior to allowing people to submit their items.

This is a free item, I wouldn’t post a paid for one, but that is just me.

Except you just did. The GoGM is free to GF owners, and you posted it to a publicly-available forum. Maybe @dan & Co. won’t mind, but that wasn’t your call. But that is just me.

Now, I wonder how much it will go for on eBay…

Paid or free doesnt matter, it’s someone else’s IP and not yours to share.

Regardless of how easy it may or may not be to obtain, doing so then sharing it on an open forum is crap when it’s a simple matter of privately alerting the developers about it.

It lets the OP flip it for engraving on the back of acrylic, to get around the GFUIs lack of functionality.

OK I removed it.

it’s someone else’s IP and not yours to share. 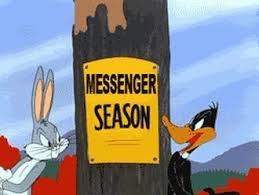 @roy, @Jules is right! Thanks for the feedback – I’ll pass it on!