My Glowforge arrived today and there is moisture inside the plastic and none outside. The moisture appears to be slightly pink where it has soaked into some paper. I’ve waited six years and am seriously gutted. What should I do?

Oh no. That might mean the coolant leaked. That has happened to some folks. How was your box when it arrived? Much damage?

Take pictures of the water, I assume in the bag enclosing the Glowforge? Post here. Check the tube and see if it is cracked. Check the water reservoir inside and see if you can see anything. sit tight and wait for support to chime in.

If you haven’t sent an email to support yet directly, just hold off on that. Let’s see if they show up here. If it is serious, they will take the conversation to email with further instructions.

Any standing water or just damp? What paper was wet?

And don’t set it up yet.

the cardboard around the ‘on’ button has a pink patch of dampness. No standing water I can see, and no I definitely won’t set it up. Thank you so much for your reply. The delivery idiot left it on its side.

is there supposed to be a bubble in the coolant tube that runs across the top?

Yes, there is a bubble. That’s normal.

Is it soaking wet or just damp? Sometimes a little coolant leaks. It seems that recently there was a report of one and it wasn’t bad enough to have a replacement. Part of it depends on what is damp, I’ll see if I can find that topic for you.

Worst case scenario, they do honor their warranty. Their support lag and communication isn’t always what one expects, but they will always make it good. I’ve been with this for the past four years.

Here is one topic where they were able to clean and use.

I’m so sorry that your Glowforge arrived wet. That’s incredibly frustrating. This occasionally happens when the Glowforge coolant cap has a problem and the unit is mis-handled during shipping. While the box should always be kept right side up, the shipping company sometimes gets it wrong, and when they do, coolant can seep out. The liquid is a food-grade product that is safe to the touch, and doesn’t cause damage to your Glowforge printer. We’re deeply frustrated for you, because that’s not t…

no puddles I can see but quite a few water droplets in the bag around the bottom and I can see it has run down the back behind the lid on the outside.
Thanks so much for doing this, I really appreciate it!
After six years I guess some more waiting isn’t going to kill me. You got yours four years ago?

well this is hopeful! I’ll try to get some photos of the quantity of liquid.

I ordered four years ago shortly after they launched. I got one of the first pre-release units that went out into the wild for testing a little over a year later. Finally got my first production unit two years after I had ordered. I had to return it and two more before I finally got one that worked flawlessly since. That first production unit worked for 11 months though perfectly until it died. Luckily I was still warranty as an early adopter. It’s a long story.

From that topic, it looks like you can do a cleanup of everything by wiping what is damp. Get a flashlight and check and see inside, under the lid, to the left and to the right. Open the lid up, but not all the way, you don’t want to stress the cables, and then keep it open to allow it to dry.

Also, here is another topic that gives hope:

Coolant leaking and told to set it up Problems and Support

Opened my Glowforge today and there was liquid on it and inside the bag. I contacted customer support and they sent me and email saying it was coolant and to go ahead and set it up. Has this happened to anyone and did your Glowforge work perfectly fine with this happening?

Take pics of water you see, just for documentation here. That will help when support finally weighs in for the go ahead.

wow, sounds like you’ve been through a lot! It’s hard to tell if the bubble is huge when I don’t know how big its supposed to be… it is about half the length of the tube. I’ll take some photos and of the tube also.

My fifteen minutes of fame was one of the first pre-release Glowforges in the wild. Adam Savage got the other one. I had the whole forum following my setup:

So I’m back at the office. Have a bunch of stuff to prepare for evening Spanish services including a Spanish sermon. So I’ll post this and then be back later for unboxing. If I can set up a live stream for the evening I will. If not I’ll video and upload it this afternoon. Stay tuned. Edit: Please forgive portrait video. I wasn’t there to supervise and it happened so fast. We will have an inservice on proper phone videography in the future for all the staff! They are the best.

I’ll see if I can find a bubble pic for you.

Here are some images of the coolant leak, and the size of the air bubble in the tube. 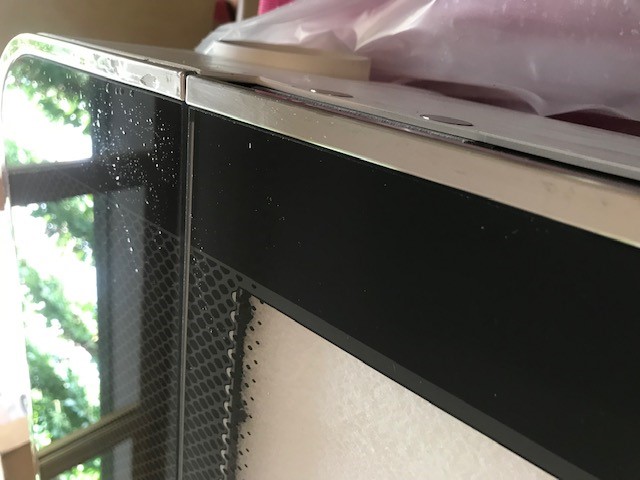 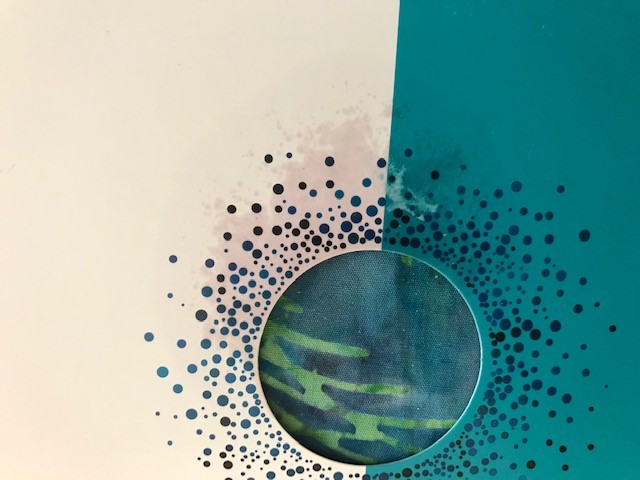 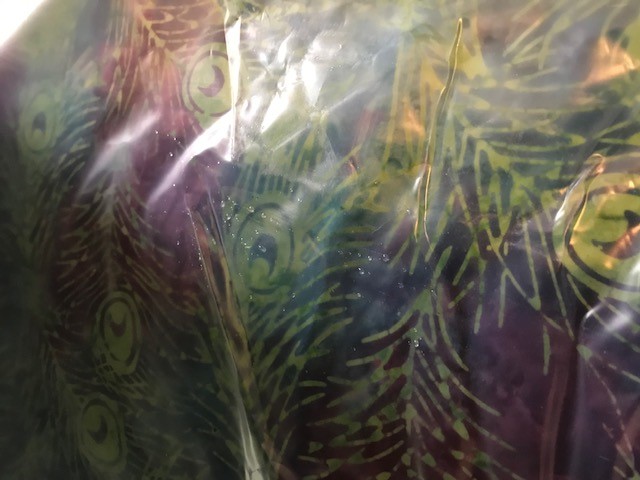 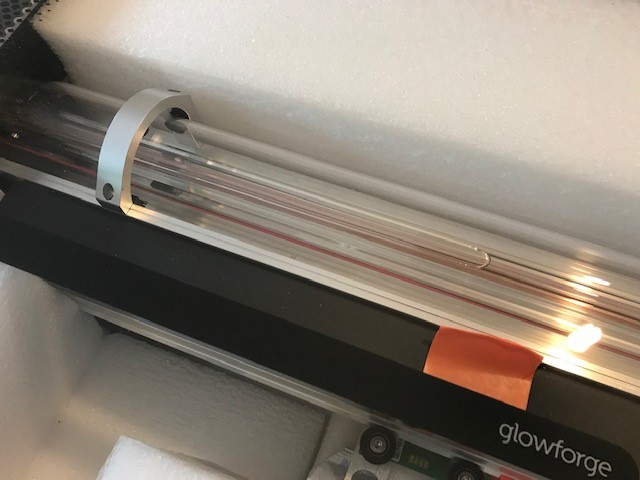 Yes. that looks like a normal bubble. If there were a catastrophic loss, it would be way bigger.

It's here! Everything Else

Received my GF Pro last night. Yes!! Box looks like it has been walked on and only one of the locking handles survived. [image] [image] [image] Okay maybe a little more than one of the handles made the journey. [image] Have not done the setup yet. Is it normal to have a bubble in the tube? [image] Busy day at work. (should call in sick) Next step. Setup

How wet is the packing foam?

Can you look under the left side and see the plastic container for the coolent? There is a lid. Reach in and see if it is tight or not.

Do you have a Pro or Basic? I can’t remember if there is a difference with the reservoir position.

The lid does seem tight on the reservoir and the packing foam isn’t wet. I’ve been reading some horror stories in the Australian Glowforge FB group, I know it can be much worse. Glad to hear the bubble looks normal!

I’ve felt all around the inside and nothing is wet, seems to be only on the outside except for inside the lid.

oh and I have a basic.

One of the cool things about the system is it’s self-purging. I would get them every time I packed the Glowforge and moved (in an RV). Whenever it boots up, it will purge that air out.

I’m hopeful, but there must be some metric to gauge replacement or not. I have seen some pictures of all kinds of damaged in shipping. And the whole shipping to Australia. Man that is a big gamble for anyone. Having read most of the posts in the past four years, I wouldn’t take it.

You can remove the foam and insure that the head is dry in its box. Prop the lid open and and let it air dry and see what Support says. I take it you are West Coast or more of a night owl than I. I’m CST in Missouri. I’m heading off to bed. Just have to knock down a few more new posts.